Employees working at four major mines in Canada’s northern territories have been sent home in order to help isolate remote communities from the COVID-19 virus
By Matthew Parizot
March 20, 2020 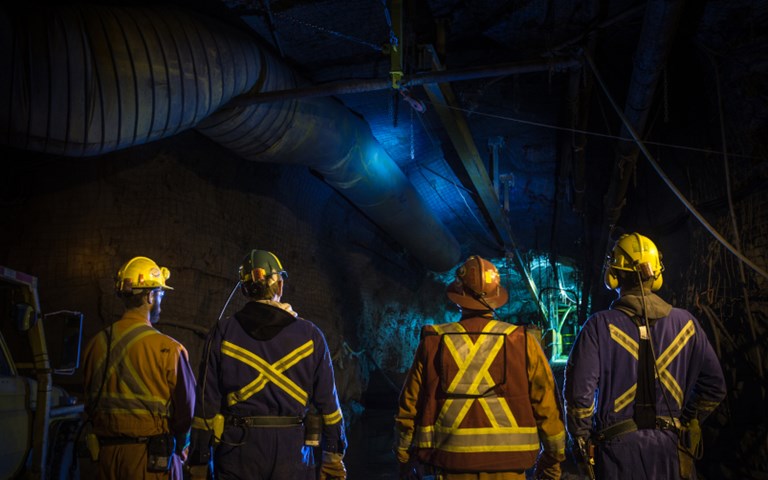 Miners at Dominion's Ekati diamond mine have been sent home following suspension of mining activities at the operation. Courtesy of Dominion Diamond Mines.

Mines in Canada’s Northern territories are taking preemptive measures to respond to the ongoing COVID-19 pandemic before the virus makes its way north.

On Mar. 19, Dominion Diamond Mines announced that it will be suspending operations at its Ekati mine in the Northwest Territories due to the ongoing risk posed by the COVID-19 virus.

In a press release, Dominion stated that the company has “long been committed to the health, safety and well-being of its employees and to establishing strong, lasting and respectful relationships with the people and communities with whom it works.” While the company says that none of its employees have tested positive for the virus, the site’s remote location and the necessity of air travel for its employees made it a “necessary step given the rapid spread of the virus.”

The lack of critical infrastructure and difficulty getting supplies are already issues that isolated northern communities faced before the spread of the virus, therefore preventing the virus from spreading to these communities is a priority for the companies that rely on the workers there. According to Health Canada, there are no reported cases of the virus in the Northwest Territories, Yukon or Nunavut as of Mar. 19.

Such was the case for workers from 12 Northern communities at the Rio Tinto’s Diavik mine in the Northwest Territories who, as reported by CBC, received an email on Mar. 20 telling them that they are being sent home with pay to reduce the risk of the virus spreading to their communities. According to a spokesperson from Diavik, this will affect around 50 employees of the 1100 employees and contractors who work there and the mine will continue to operate at full capacity.

"Our first priority is the safety of employees and community members," the spokesperson said. "We will continue to monitor the impact of COVID-19 closely and be informed by advice from the Canadian and Northwest Territories governments and authorities."

The third operating diamond mine in the North, De Beer’s Gahcho Kue mine northeast of Yellowknife in the Northwest Territories, declared on Mar. 20 that 15 workers from remote communities employed at the mine would be sent home to reduce the chance of transmission.

Agnico Eagle took a similar approach to its employees at its Meliadine and Meadowbank gold operations in Nunavut, sending its Nunavut-based workforce home for the next four weeks with remuneration. The company will also meet with its Nunavut contract workers to discuss implementing similar measures for them as well. Baffinland took the step on Mar. 16 to send its Nunavummiut workers and employees over the age of 60 home with full compensation.

“We value our relationship with the people of Nunavut and are committed to do what is best for the health, safety and well-being of our employees and the communities,” Agnico Eagle CEO Sean Boyd said in the press release. “This precautionary measure is being implemented in order to eliminate the potential risk of transmission of COVID-19 from a southern worker to a Nunavut worker, with the risk of it moving into the communities.”

Updated with comment from Diavik, Gahcho Kue and Baffinland.