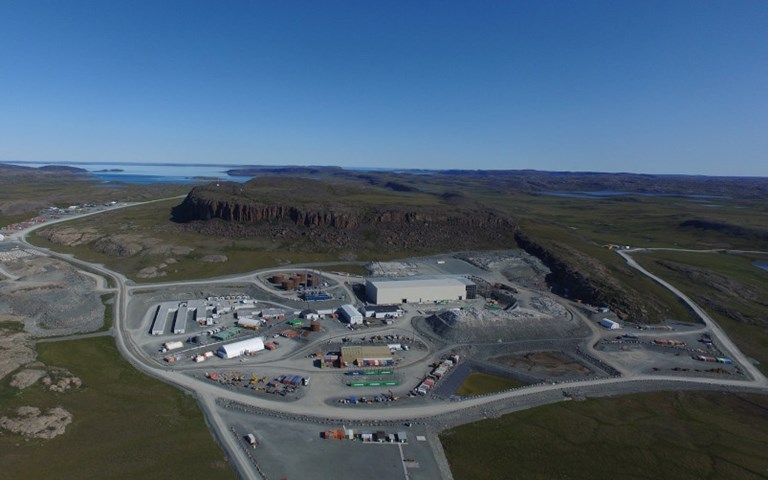 The delay in approving TMAC Resources’ acquisition by Shandong Gold has left the miner in a tight spot. Courtesy of TMAC Resources.

This piece originally ran in our October 2020 issue of CIM Magazine. On October 15, TMAC Resources announced that the federal cabinet had ordered a national security review to be conducted for the company's acquisition by Shandong Gold. The article has been updated to reflect this.

The federal government has temporarily extended the timeline for determining whether it will conduct national security reviews of foreign acquisitions of domestic companies, a change that some experts worry could put a chill on foreign investment in Canada.

The change, made in a late-July ministerial order from Innovation, Science and Industry Minister Navdeep Bains that extended timelines under several pieces of legislation, follows Canada’s April commitment to more carefully scrutinize foreign transactions during the pandemic to prevent “opportunistic investment behaviour” from foreign companies scooping up Canadian firms while their valuations have taken a hit.

“Some investments into Canada by state-owned enterprises may be motivated by non-commercial imperatives that could harm Canada's economic or national security interests, a risk that is amplified in the current context,” the policy statement said at the time.

Under the Investment Canada Act (ICA), the government now has 60 days, up from 45, to determine whether a foreign acquisition of a Canadian company could impact national security and if it should notify the parties that a formal review may be ordered. It also gave itself an additional 135 days to review transactions involving a foreign company taking a partial stake in a Canadian one. For companies that are notified their deal may be subject to a formal review, the government now has 90 days – up from 45 previously – to make that decision.

TMAC Resources’ May acquisition by Chinese mining giant Shandong Gold had been caught in the crosshairs. While the $149-million deal was given the go-ahead for a national security review on Oct. 15, the continued delays had a significant impact on the business.

TMAC’s chief executive officer, Jason Neal, said the prolonged assessment came as a surprise. “I understand that these transactions need to be reviewed, but for us it’s a straightforward transaction,” he told CIM Magazine in an interview. “We have a pretty simple business – it’s one mine, we don’t have customers, really – and there’s a really clear net benefit. We ran an extensive process before COVID-19, and Shandong was the one company that stood up and had the long-term vision, the technical strength and balance sheet. They have the capital and people to invest in making a multi-generational mine, which is the vision we already had.”

TMAC said in its June management information circular to shareholders, the deal’s closing date was slated for the third quarter of 2020. However, in its second-quarter results on Aug. 13, the company pushed back that timeline, saying it expected the deal to close by the fourth quarter of this year, or possibly the first quarter of 2021.

According to Neal, the extended assessment had several implications for TMAC’s Hope Bay mine. The company had to lay off nearly 100 staff at the Nunavut gold mine due to the pandemic, and also cut back on its use of contractors. “The capital commitment from Shandong is what ramps the operation back up. The long review timeline, in an indirect way, is going to keep people out of work for a longer period of time, potentially.”

TMAC has also had to put its feasibility study for Hope Bay’s expansion on hold, which will also delay the timeline for capital investment that would extend the mine’s life.

The timeline has logistical implications for TMAC’s yearly delivery of materials by ship, including diesel, consumables, processing plant supplies and any new capital equipment, which involves a lead time if it’s built to order or needs to be refurbished.

“A sealift is a huge logistical exercise where the planning and budgeting begins in October of each year for delivery the following August or September. TMAC is a standalone company, we haven’t been a very financially strong company, and what we can put on the sealift versus what Shandong would put on could be quite different,” Neal said. “The other thing is Shandong is making capital investments to improve the operation that TMAC hasn’t been able to afford. If we actually waited until late in the first quarter of 2021 to know whether the transaction’s going forward or not, by that time we should have had deposits on a bunch of stuff. The planning for our business is impaired.”

National security reviews under the ICA are a relatively new development, only coming into effect in 2009. Unlike economic reviews under the Act, which apply only to deals that involve the control of Canadian companies – whether in the form of an acquisition or the establishment of a new company – national security reviews can be conducted on deals that involve foreign acquisition of an interest in a Canadian firm. “The reality is it’s a much broader scope of power to review transactions that touch on Canada but may not raise to the level of acquisition of control,” said Douglas New, a partner specializing in regulatory law at Fasken Martineau DuMoulin LLP..

The definition of national security, too, has been left intentionally broad. “It’s like Alice in Wonderland, when Humpty Dumpty is questioned by Alice and his reply is, ‘these words mean exactly what I mean them to mean. Nothing more, nothing less,’” New said. “Historically, the government has taken the position that you knew [the definition] when you saw it, but the difficulty for people not in government is that it was never clear what they were thinking about.”

While the federal government has tried to provide some guidance, highlighting potential issues such as espionage or national defence that may factor into its considerations, the term is not confined to cloak-and-dagger issues. “The reality is when they didn’t define it, they left it free to deal with unusual situations like a pandemic,” New said.

Speaking broadly, New said in mining deals the government may pay particular attention to the commodity produced by the acquired company, whether the acquirer is a state-owned enterprise or a corporation influenced by a foreign state, if the purchase is being made for “normal commercial purposes” and who is the financier of the transaction.

According to the 2018-19 Investment Canada Act annual report, just nine deals received notice of a potential national security review. In four cases the acquirer was from China. No deals related to the mining and metals sector.

While Shandong is partially state-owned, Neal noted many countries have varying levels of state involvement or ownership in different industries. “I can only talk to how I’ve seen Shandong act, and I’ve only ever seen them act as a western-style business. Their systems are similar to ours and when I talk to their people, they think about business the way we [do],” he said. “It’s the sort of thing that it’s easy to be concerned about, but if you’re experienced, it’s more superficial. If you go through the due diligence and understand the company, there isn’t really a bogeyman.”

New speculated that the increased possibility of having deals delayed due to longer national security reviews could put a chill on investment in Canada. He noted the ICA annual report listed the average full review timeline as 161 days, which could be substantially extended due to the changes.

“People who are going to invest money spend a lot of time and resources doing due diligence, and when you decide to do a transaction the certainty of closing is a critical component,” he said. “Somehow we have to balance off the need to protect our national security while still ensuring that since substantially all of these transactions don’t raise issues, we’re not reducing people’s willingness to invest in Canada.”