Opening the door to exploration The Northwest Territories’ new mandate seeks to expand exploration, infrastructure and Indigenous participation in the mining industry

The Northwest Territories’ new mandate seeks to expand exploration, infrastructure and Indigenous participation in the mining industry
By Tijana Mitrovic
May 21, 2020 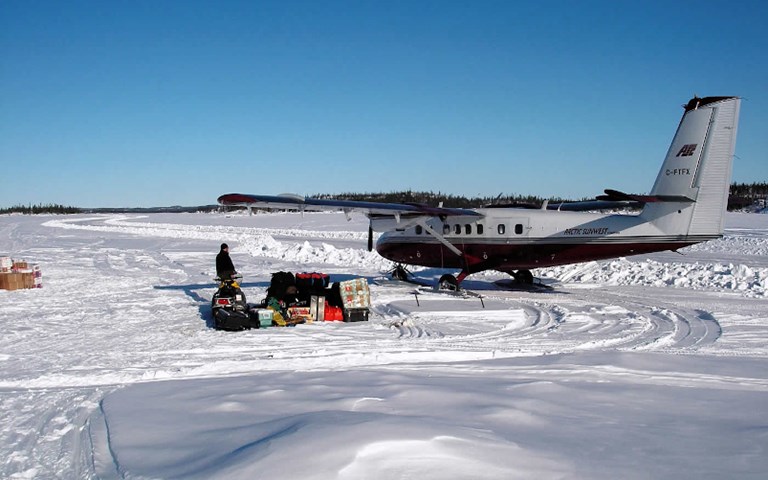 Elected in October, Nokleby is part of the new territorial government which upon election set out 22 priorities for its time in office. In February, the government released and published its mandate for 2019 to 2023, which outlined steps and timelines to achieve these priorities. Three of those priorities – increasing resource exploration and development, investing in strategic infrastructure and settling and implementing treaty, land, resource and self-government agreements with Indigenous populations – demonstrate the new government’s commitment to the mining and resource sector.

“A large part of my responsibility going forward is to get the economy going by making sure that that money stays in the North,” Nokleby told CIM Magazine. “We’re in a little bit of a slump right now when it comes to exploration… I need to ensure that I get some of that stuff going again in the territory.”

To industry members such as Nighthawk Gold CEO Michael Byron, the mandate is an opportunity to fully explore the Northwest Territories. “It has the geology that’s identical to what we have in the Abitibi [region],” Byron told CIM Magazine. “You’re looking at something that hasn’t had the hundred-plus years of exploration and dollars spent but has all the prerequisites: right age of rocks, right style of mineralization. The gold is there and it’s leaking into any brittle rock types.”

Increasing resource exploration and development is a major component of the mandate. Canada is the world’s third-largest diamond producer, most of which come from the Northwest Territories and make up a significant part of its GDP. As many of these diamond mines are set to ramp down production and close in the next decade, the government hopes to expand exploration and save revenue and jobs.

The government’s mandate includes a number of other clauses meant to boost resource development, such as an independent review that will examine the territory’s competitiveness to develop recommendations to maximize benefits using royalties, taxes and economic returns. The review is expected to begin sometime this year and generate a competitiveness report which will be completed in spring 2022.

Infrastructure is a major component of the mandate, which promises to “connect communities, expand the economy [and] reduce the cost of living” with a number of new projects. The Mackenzie Valley Highway, the Slave Geological Corridor and the Taltson Hydro Project, the three major infrastructure projects named in the mandate, have been planned to improve the quality and cost of living in the territory, as well as help expand and diversify its economy.

Related: On Nunavut’s 20th birthday, a look back at how Inuit secured the territory’s best mining lands

The Mackenzie Valley Highway project, for example, runs through a region with oil, gas and mineral deposits that are currently accessible only by winter and ice roads. Building a permanent road would not only connect communities but allow for expanding power grids, which in turn make exploration and economic development easier.

“Mining companies have sustainability mandates, so they don’t want to look at diesel-operated mines anymore, and right now that’s all we can offer,” Nokleby explained. “If we can work on getting our hydro expansion and having transmission lines up into our mineral-rich areas, we’ll be able to offer green energy sources for mines that come in.”

“Not having the settled land claims in some of our areas is really hurting investor certainty in the North,” Nokleby said. “We’re really committed to getting those land claims sorted out and finalized so that we have some more ideas about how we can move forward together and have that Indigenous buy-in as well.”

This objective seeks to establish Indigenous governments and communities as partners in resource development and exploration. There are already a number of Indigenous-owned and operated businesses that companies, such as Nighthawk Gold, hire and rely on for building their operations. Further developing and settling treaties would promote even more Indigenous involvement in the sector.

“There’s sometimes the perspective that Indigenous governments and Indigenous businesses are anti-resource development and I would say that’s not the case here,” Nokleby said. “I see the Indigenous businesses as wanting mining, they recognize that other industries like tourism, which has been touted as our replacement industry, is not going to pay the same that a mine does.”

Companies operating in the territory recognize that its strength as a mining jurisdiction is a result of the government, Indigenous communities and industry working together. “It’s like everyone’s aligned towards a common goal,” Byron explained. “These things really positively impact what we’re doing obviously.”

While the start of the year saw climate change increasingly mobilizing people around the country and affecting companies’ decisions, the Northwest Territories government is confident there is a want for resource extraction in the region.

“In developing this mandate, we were all really listening to the people of the Northwest Territories and what they wanted,” Nokleby explained. “We want to empower ourselves and our people, we don’t want to be beholden to the southern companies coming in and telling us how to do business. The more we can move [towards] self-sufficiency I think would be better for the territory. So, I hope that [will] continue beyond 2023.”