Taseko’s Gibraltar mine takes home top provincial reclamation awardIn honour of its collaborations with educational institutions and First Nations communities, Taseko was presented with the Jake McDonald Annual Award for Metal Mine Reclamation

In honour of its collaborations with educational institutions and First Nations communities, Taseko was presented with the Jake McDonald Annual Award for Metal Mine Reclamation
By Matthew Parizot
September 24, 2020 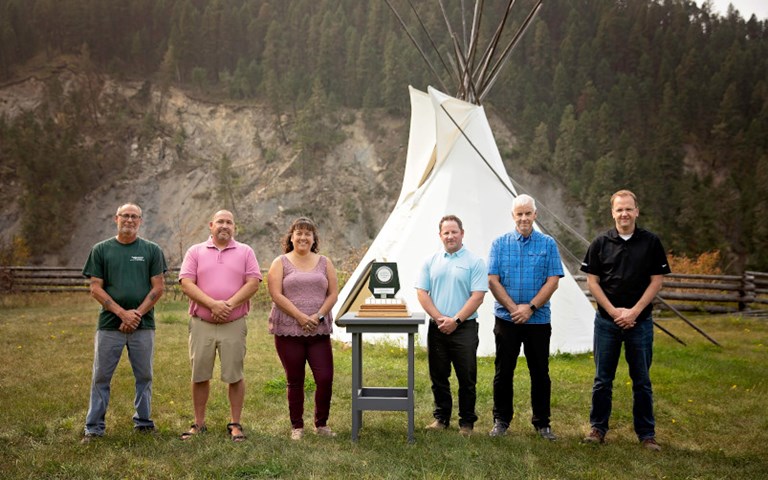 The British Columbia Technical Research Committee on Reclamation (TRCR) announced that Taseko Mines had won the Jake McDonald Annual Award for Metal Mine Reclamation for “outstanding achievement in mine reclamation” at its Gibraltar copper mine in south-central B.C.

“What a great honour for our employees. Gibraltar has been operating for nearly 50 years, generating opportunity for people and economic benefit for communities in the Cariboo,” Taseko president and CEO Russell Hallbauer said. “The efforts of our Gibraltar employees continue to be rewarded by achievements like this high-profile award. It is gratifying to see their talent and ingenuity being recognized at the highest levels. Gibraltar is proof of mining sustainability in action.”

According to the TRCR, Gibraltar won the award “for its programs centred on collaborative research.”

“The company was able to demonstrate innovation in techniques and in research that expand on insight into lesser studied ecological communities in reclamation,” said TRCR awards subcommittee chair Tim Antill. “In addition, the company has demonstrated a collaborative approach with the local Indigenous community that pairs both traditional and scientific knowledge and communication.”

Related: Bacterial mutants and hydrogen peroxide may be keys to reclaiming value from tailings ponds clean-up

Specifically, the TRCR references Taseko’s scientific research on soil microbial communities with institutions such as BCIT, Simon Fraser University and Mitacs, as well as the company’s partnerships with the local Xatśūll First Nation and Northern Shuswap Tribal Council to pair traditional and scientific knowledge in its Fraser River Salmon Sampling Program.

According to Taseko’s 2020 Sustainability Report, the salmon sampling program was first established in 2016 as part of the mine’s obligations to its Fraser River discharge permit and is conducted annually. With the exception of 2019 (where there was no sampling due to the massive Big Bar landslide that decimated the river’s salmon population), Taseko said there were no ill effects to the sockeye salmon and fish caught at First Nations traditional fishing sites.

“I am proud of the work Xatśūll First Nation community members have done in partnership with Taseko-Gibraltar,” Xatśūll First Nation Chief Sheri Sellars said. “The fish-sampling program and the reclamation work have been award-winning successes. Our members have also benefitted from employment opportunities and educational initiatives which stem from our relationship with Gibraltar.”

Other awards given out at the symposium include Orca Sand and Gravel receiving the Sand and Gravel Category Award for its planning and implementation of reclamation and Teck Metals winning a Metal Mining Category Award for the implementation of its Lower Mine Yard groundwater interception systems. The Tony Milligan Book Award was also presented to the best paper delivered at last year’s symposium, D.K. Rainey’s “Geochemical challenges associated with water treatment at abandoned or neglected mines in southeast Yukon”.