The shifting landscape of global mining legislation in 2020In a difficult year for the global economy, mining jurisdictions have made changes to encourage investment

In a difficult year for the global economy, mining jurisdictions have made changes to encourage investment
By Ashley Joseph
December 31, 2020 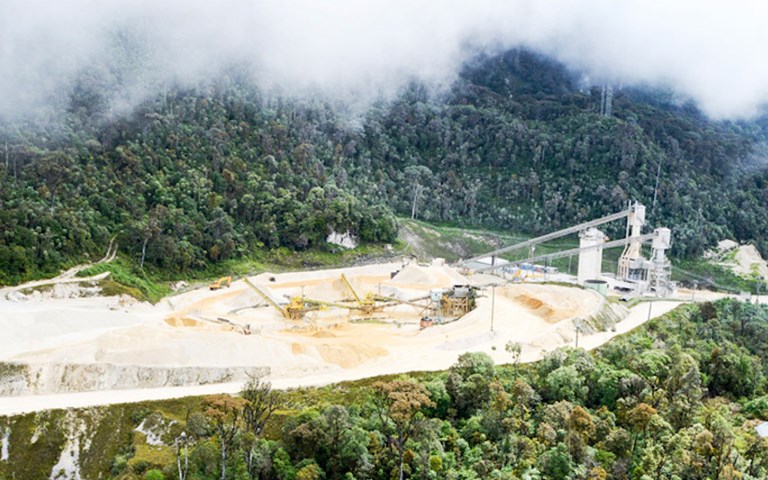 Papua New Guinea’s cancelling of the Porgera mine’s lease has been viewed as a move towards resource nationalism in the country. Courtesy of Barrick Gold

2020 has been a tumultuous year for many, with devastating effects of COVID-19 felt by nearly every country around the world. As unemployment rates climbed and economies turned downwards, some countries passed legislation designed to spur investment in the mining industry. Elsewhere, long-simmering political tensions reached their boiling points, with dramatic changes – both for the better and for the worse – resulting for mining sectors. Here are some of the key legislative changes mining jurisdictions around the world have faced over the past 12 months.

Alberta’s United Conservative Party overturned a decades-old environmental protections policy in 2020, reversing the 1976 ban on open-pit coal mines in the province’s Rocky Mountains and foothills. Set against the backdrop of a stark economic downturn brought on by the coronavirus pandemic and a decreased demand for oil, the legislative change sets the stage for increased coal mining opportunities within the province, which come at the expense of the preservation of critical land for First Nations. “The Athabasca River flows all the way to the Arctic Ocean,” Jesse Cardinal, interim director of Keepers of the Water, told APTN News. “All of those communities depend on that access to the fresh water to feed into that river. Same with the South Saskatchewan River. That goes all the way to Hudson Bay, so that goes all the way to eastern Canada. You think about fresh water that is giving life to these rivers, to keep them clean, so this is a huge, huge concern.”

In British Columbia, amendments were made to the province’s Mines Act, which, contrastingly, added to industry accountability, mainly by separating permitting and compliance duties within the Ministry of Energy, Mines and Petroleum Resources. The position of chief permitting officer was added to oversee permitting – leaving health, safety and compliance duties to the chief inspector of mines – as was an independent oversight unit. The update was based on recommendations from the Mining Jobs Task Force and a report from the B.C. Office of the Auditor General created following the Mount Polley tailings dam disaster.

In 2020, under President Trump, the U.S. saw the furthering of efforts to reduce foreign dependence on minerals, including the creation of a Critical Materials Caucus – an effort to curb reliance on key Chinese resources, specifically lithium, titanium and rare earth minerals – as well as the drafting of the American Critical Minerals Exploration and Innovation Act, which earmarks over US$2 billion to the development of strategic minerals domestically over the next decade. “For the first time, we have experienced an administration that recognizes many of the things our industry has been saying for years – and to see minerals at the top of its list of priorities with multiple executive orders dedicated to improving access to minerals at home is extremely significant,” said Ashley Burke, senior vice-president, communications, at the National Mining Association. Burke pointed out that American import dependence “has doubled over the past two decades, with the U.S. now 100 per cent import-reliant for 17 key minerals and 50 per cent or more import-reliant for an additional 29 key mineral commodities.”

Under President-Elect Joe Biden, the country stands to further dial back foreign reliance and bolster the mining and metals sector. “When you look at the advanced technologies that are essential for the future of our country – even the green energy goals and support for EV production that the Biden team has articulated – they all depend on our domestic mining industry,” explained Burke, who expressed confidence that the Biden administration, with its Build Back Better plan, will work to address those vulnerabilities and safeguard American industries. “The U.S. has a new opportunity to compete, attract new investment and begin to turn the tide against increased amounts of mineral imports.”

This past month, the energy ministry of Indonesia drafted regulations around a royalty exemption for coal producers entering into business operations within downstream coal mining. The changes were made in response to the country’s 2020 Mining Law amendment, which laid out a number of new measures, including centralizing control over the mining sector for the central government –  a responsibility previously split with regional governments – as well as divestment obligations such that 51 per cent of shares become owned by Indonesian parties. The far-reaching amendment also streamlined licensing processes (moving from two required licences for exploration and production to one), addressed the extension of contracts, detailed regulations and protections for miners operated within the country and laid out a number of other changes for industry players.

The rapidly changing political situation in Papua New Guinea could hold significant implications for the mining industry. At press time, wheels were in motion to remove Prime Minster James Marape with a no-confidence motion set for December 1. The country has seen increasing efforts towards resource nationalism under Marape, most recently (and contentiously) with the cancelling of the lease on the Porgera mine, owned by Barrick Gold and venture partner Zijin Mining. “Since taking office, the Marape government has repeatedly demonstrated their commitment to this idea of ‘taking back PNG,’ so I think the Porgera lease decision fits into this pattern that we’ve seen over the past 18 months,” said Joseph Parkes, Asia analyst at Verisk Maplecroft. Parkes also pointed out the recent amendment to the country’s mining law, which shifted government capacity to take control over lapsed mining leases.

Accounting for roughly 10 per cent of Indonesia’s total exports, the decision not to renew the Porgera lease has been deeply felt by local populations, especially those who rely on the education and services provided by the mining company. “There’s been a pattern with a lot of talk and a lot of high expectations, and then the reality doesn’t quite live up to it in terms of what comes back to the state,” said Parkes. “The idea of ‘take back PNG’ is a very popular one, seen as a necessary correction, but the impact at the local level and in terms of national budget is clearly going to be a difficult pill to swallow for land-owner groups who were previously benefitting.”