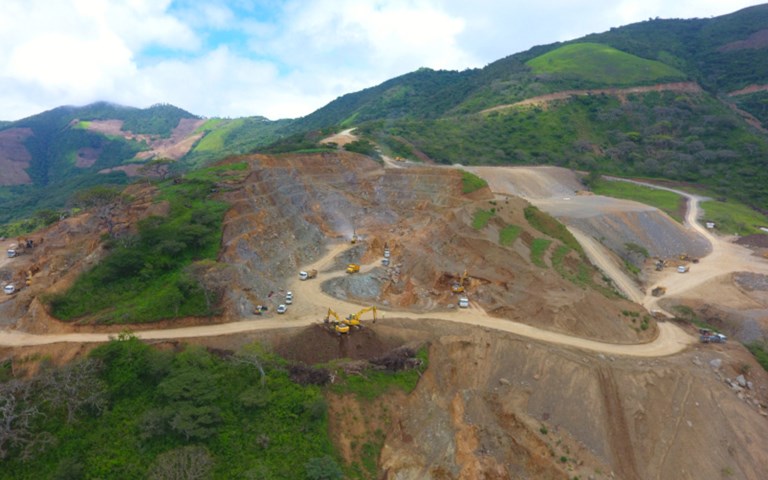 Titan has acquired over 51 per cent of Core Gold's shares, making it Core's majority shareholder. Courtesy of Core Gold.

The first buyout appeared successful when Core Gold’s shareholders voted to approve the $72 million deal on June 12, 2019. On July 4, less than a month later, British Columbia’s Supreme Court rejected the buyout as Core had failed to satisfy its burden of proof by demonstrating that the transaction was fair and reasonable.

On Sept. 30, Titan, an Australia-based company with operations in Peru, made another offer of 2.5 Titan shares for each Core share held, at a value of $0.422 for every Core share. Titan increased this offer in December to 3.1 Titan shares for each Core share as the value of each Core share rose to $0.523, representing a 24 per cent increase over the original offer. Titan also announced that it had already arranged to purchase 45.8 per cent of Core’s share capital, adding to the 5.5 per cent it previously owned, effectively making them Core’s majority shareholder.

Despite the increase, on Jan. 3 Core Gold’s Board of Directors announced that they would not be making a recommendation on Titan’s offer. The board’s reasoning behind the decision was due to Titan already being expected to meet the minimum 51 per cent threshold, the potential conflicts of interest from the board members and outstanding due diligence due to a complaint on the offer filed by two shareholders with the British Columbia Securities Commission (BCSC).

The acquisition is part of Titan’s move to expand operations in South America, as outlined in its December 2019 corporate presentation. Titan now controls 54.2 per cent of Core Gold’s issued and outstanding common shares and will acquire Core’s operations and assets in Ecuador, including the Dynasty Goldfield open pit gold mine, Zaruma gold mine and Portovelo mill project, among others.