Suspended since 2013, the restarted Wesdome Gold Mines’ Kiena gold mine complex would have an estimated net present value of $416 million
By Tijana Mitrovic
May 28, 2020 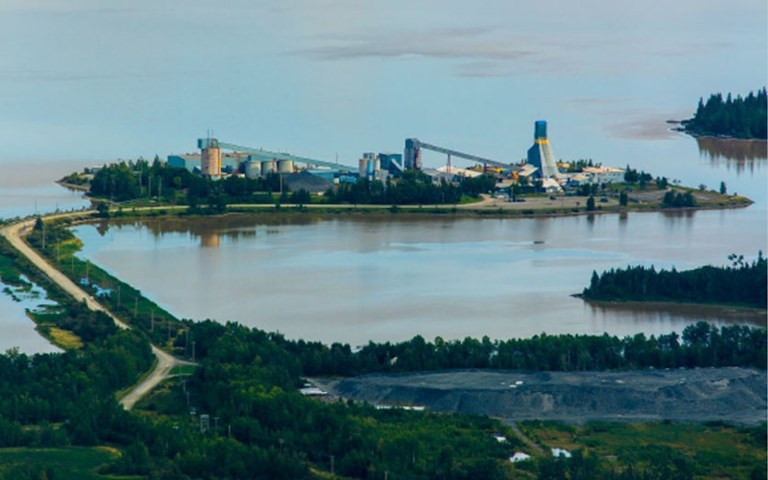 The PEA suggests that the Kiena mine complex would contain an after-tax net present value of $461.1 million. Courtesy of Wesdome.

Wesdome Gold Mines released the results of the independent preliminary economic assessment (PEA) for its Kiena gold mine complex in Val d’Or, Que., laying out a potential scenario for restarting production.

The results, issued on May 27, are based on the company’s mineral resource estimate from September 2019, which showed a promising increase in measured and indicated resources.

According to the PEA prepared by BBA, the Kiena gold mine complex would have an after-tax net present value of $416.1 million with a discount rate of five per cent, an after-tax internal rate of return of 102 per cent and an estimated mine life of eight years. The complex would have a total operating cost of $492 per ounce of gold and an all-in sustaining cost of $647 per ounce of gold for a total sustaining capital cost of $120.8 million. The estimated total cost does not include exploration costs.

The assessment also indicates pre-production capital costs of $34.8 million, with an after-tax payback period of 1.7 years at a gold price of US$1,532 per ounce.

“We are pleased with the results of the PEA that clearly illustrate the viability to restart production at the Kiena Mine in a very short-term horizon,” said Duncan Middlemiss, president and CEO of Wesdome. “The PEA demonstrates a low-cost and high-margin operation, with low capital requirements and a short payback period, while minimizing risks and maximizing shareholders’ return.”

The Kiena gold mine complex has been in care and maintenance since March 2013, when Wesdome suspended operations due to low ore grades and uncertain Canadian dollar gold prices.

According to Middlemiss, the company will provide an updated resource estimate in this year’s fourth quarter which will be followed by a pre-feasibility study on the complex -Wesdome will decide on restarting production in the first fiscal half of 2021