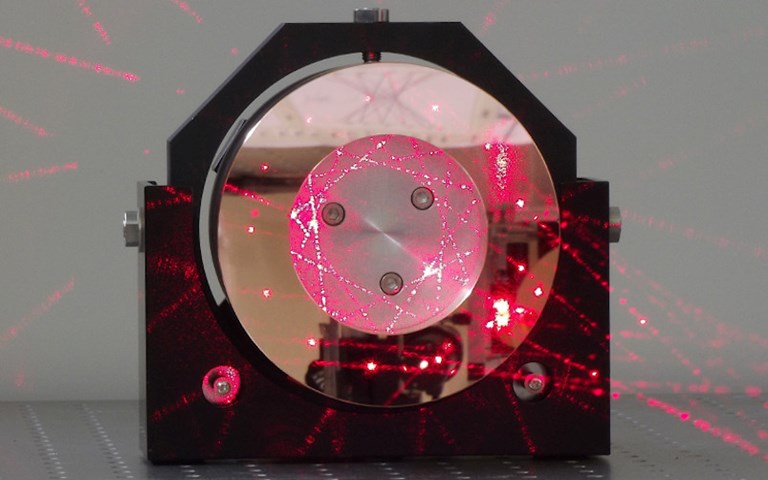 Global Laser Enrichment has the exclusive rights to commercially develop Silex's uranium enrichment technology, which has the potential to lower costs for uranium producers. Courtesy of Silex Systems.

The Saskatchewan-based uranium miner increased its interest in GLE from 24 per cent to 49 per cent, with the option to eventually acquire a majority interest of up to 75 per cent. Australia’s Silex Systems purchased the remaining 51 per cent after GE-Hitachi Nuclear Energy (GEH) agreed to sell its 76 per cent share.

GLE, which is a business venture started by General Energy, Hitachi and Cameco in 2008, has the exclusive rights to commercially develop Silex’s laser-based uranium enrichment technology.

Uranium enrichment is a complicated process, and it accounts for approximately 30 per cent of the total cost of nuclear fuel. According to Silex, its process provides a much higher enrichment process efficiency compared to common enrichment methods, such as gaseous diffusion and gas centrifuge, with significantly lower costs.

The company has an agreement with the United States Department of Energy to use its technology to enrich depleted uranium tails, repurpose legacy water into uranium, convert products to fuel nuclear reactors and assist in the responsible clean-up of enrichment facilities no longer in operation.

It plans to also deliver low-enriched uranium (LEU) fuel with better efficiency and flexibility than current enrichment technologies, and further intends to produce high-assay low-enriched uranium (HALEU), which is needed as the primary fuel stock for many small modular reactors (SMR) and advanced reactors designs.

“Nuclear power plays a massive role in the global clean energy equation,” said Cameco president and CEO Tim Gitzel in a press release. “That role will only increase in a carbon-constrained world, particularly with the momentum behind SMR and advanced reactor technologies, a focus on the electrification of transportation systems, and the many other innovations that countries and companies are counting on to help meet their emission reduction targets.”

According to Cameco, numerous milestones need to be reached before the technology can be fully commercialized. GLE is currently focusing on its uranium enrichment plant demonstration program, which – depending on budgets and funding – is estimated to be completed by the mid-2020s.

Related: Nuclear power, and Canada’s uranium industry, are struggling to find their place in a green energy future

[The demonstration program] is essentially about continuing to develop, test and prove the laser enrichment technology. GLE’s enrichment testing on a pilot scale has produced positive and encouraging results to date. [It] will continue that process, with the ultimate goal being to demonstrate that it can occur on a commercial scale,” Jeff Hryhoriw, Cameco’s director, government relations and communications, told CIM Magazine.

The ongoing development work for GLE will continue in Wilmington, North Carolina, where it has a site lease agreement in place with GE-Hitachi to permit test loop operations. If the development program continues to be successful, a decision to commercialize GLE will be made, with potential plans to build a commercial plant.

“Despite the current challenging market, we believe this laser enrichment technology holds a lot of promise moving forward. If it progresses through to commercialization, we feel it can offer a variety of advantages for the global nuclear energy sector over the long-term,” said Hryhoriw.

For its part, Canada’s current reactor fleet centres around Canada Deuterium Uranium (CANDU) technology, which does not require enriched fuel, explained Hryhoriw. But the federal government has pledged to several environmental initiatives, including a commitment to reach net-zero carbon emissions by 2050; a strengthened climate plan with A Healthy Environment and a Healthy Economy; and the recently unveiled Canada’s Small Modular Reactor Action Plan.

The provincial governments of Ontario, New Brunswick, Saskatchewan and Alberta have also entered into a Memorandum of Understanding to explore the development and deployment of SMR technologies as part of their electrical generating capacity for the future.

“Having a stable, secure, North American-based supply source [of HALEU], with a Canadian partner as one of the project leads, could deliver a significant benefit to Canadian carbon reduction and climate change strategies,” said Hryhoriw.

“Our investment in GLE aligns well with Cameco’s commitment to responsibly and sustainably manage our business and increase our contributions to global climate change solutions. It’s a low-risk, low-cost opportunity to continue along the development path for this technology,” he said.