Some of the key initial deliverables of the partnership are intended to diversify and secure supply chains
By Samuel Haughton
July 22, 2021 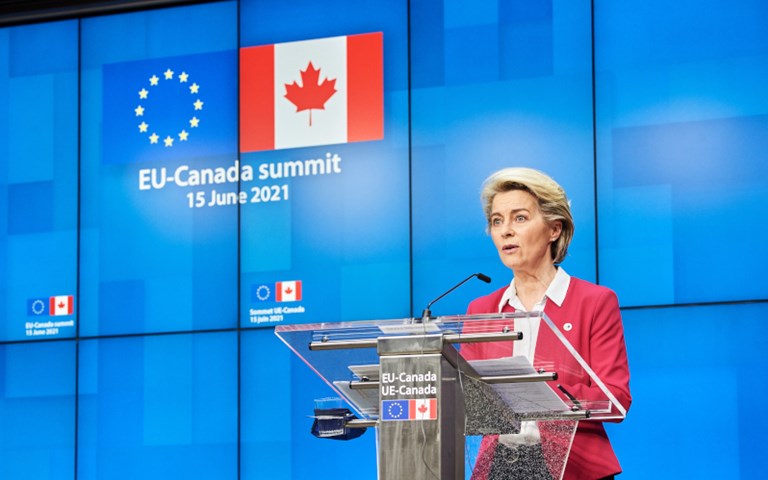 Canada’s Minister of Natural Resources, Seamus O’Regan, and the European Commissioner for Internal Market, Thierry Breton, released a joint statement on July 19 on the Canada-EU Strategic Partnership on Raw Materials. The statement is a follow-up on the framework for the partnership, which was released on June 15.

At that time, Ursula von der Leyen, head of the European Commission, said that the agreement was intended to encourage market diversification from China’s raw materials supply chain. “We as Europeans want to diversify our imports away from producers like China because we want more sustainability, less environmental damage and we want transparency on raw materials.” Justin Trudeau, at the time, underscored the potential climate and employment benefits of the partnership, saying that, “in order to continue creating good, green jobs for the middle class, we must secure supply chains for critical minerals and metals that are essential for things like electric car batteries,” indicating the centrality of materials crucial to the development of green tech to the partnership.

Related: Funding will go to phasing out the use of coal at the Sault Ste. Marie steelmaker

The partnership is designed with the intention of solidifying supply chains for raw materials between Canada and the EU, with the stated goals of creating jobs and combatting climate change.

In Monday’s joint statement, the two parties announced some of the key initial deliverables for the project: securing European and Canadian financial support for critical mineral projects in both Canada and the EU; setting up prize-based innovation challenges; and advancing best practices on mapping and classifying critical minerals. A joint event is also planned on “Tracing Net-Zero Battery Minerals” in order to support research and innovation.

The joint statement also re-emphasized some of the goals of the partnership: “Through this strategic partnership, we are joining forces to tackle strategic dependencies, build critical minerals and metals value chains, boost our competitiveness in global markets and develop the clean technologies needed [to accomplish those goals].”