Canada adds new chemical to mine effluent regulations, increases stringency of limits on others
By Kelsey Rolfe
January 21, 2021 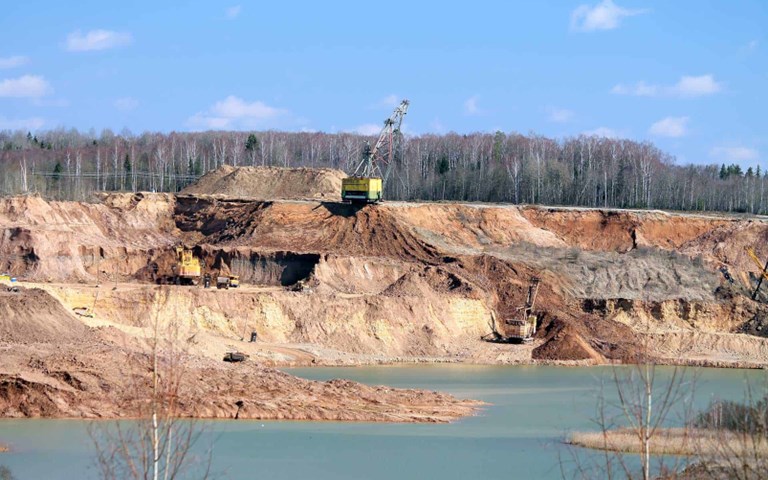 Canada will begin regulating mines’ un-ionized ammonia levels for the first time as part of a significant update to mine effluent regulations that are set to take effect in June.

First announced by the federal government in 2018, the changes to Canada’s Metal and Diamond Mining Effluent Regulations (MDMER) are expected to affect more than 100 mines across the country.

The changes will require mine sites that discharge un-ionized ammonia to comply with a monthly mean concentration limit of 0.5 mg/L expressed as nitrogen, which will prevent the effluent from becoming “acutely lethal” for rainbow trout.

The chemical has two sources at mine sites. It is a leftover residue from explosives used for blasting, and at gold mining sites, cyanide used for processing often transforms into un-ionized ammonia in the tailings pond.

“The amendments strengthened effluent quality standards with the goal of reducing risks to fish and fish habitat,” said Veronica Petrò, a spokesperson for Environment and Climate Change Canada. “Departmental assessments of [mine] data have shown that, despite high rates of compliance with the regulatory requirements, there is evidence of effects on fish and fish habitats from metal mining effluent, such as statistical differences in fish liver size or rates of reproduction.”

In 2018, the first phase of the changes brought diamond mines’ effluent under the purview of the regulations for the first time. Petrò noted the sector has grown since the metal mining effluent regulations came into effect in 2002, from one diamond mine to five by the end of 2017. Previously, diamond mines were subject to general Fisheries Act rules that prohibit depositing deleterious substances into fish-frequented waters unless specifically authorized.

“While these mines are also subject to applicable provincial and territorial regulatory effluent standards, without a federal regulation, the diamond mining sector faced uncertainty regarding its compliance with the Fisheries Act general prohibition,” she said.

Sheldon Smith, principal and senior hydrologist at Stantec, said that while mining companies have had to be compliant with provincial permits with some form of ammonia limits, the provinces have focused on a “total ammonia limit” – a combination of ammonium, a non-toxic salt, and the toxic un-ionized ammonia.

“We often see [in] environmental compliance approvals, the actual effluent criteria is total ammonia, so you have to do the calculation to figure out how much un-ionized [ammonia] you have out of the total. If the mine hasn’t been dealing with ammonia in the past, [it’ll need to] do some testing now to see where the un-ionized ammonia is sitting.”

Smith’s colleague Michelle Fraser, hydrogeologist and national technical leader at Stantec, noted mining companies that aren’t currently compliant with the new limit for un-ionized ammonia may need to make changes to their water treatment systems, possibly including new filters, which can be big investments and take time to design.

Tom Whitton, vice-president of business development at E2Metrix, a Quebec technology company that recently received $4.5 million in federal funding for its Ecothor technology to help mining operations recycle wastewater, said the company has seen an increased interest from miners in technologies that can treat un-ionized ammonia.

“The reality is many mines don’t measure this. We certainly believe that quite a number of mines are not compliant with [the incoming] regulation right now, either. I think that’s one of the biggest challenges [with the changes],” he said.

The company is currently working on a commercial-scale demonstration project at Osisko Mining’s Lac Windfall to treat all of the mine’s water, with Golder Associates involved as a partner.

The regulations will also impose more stringent limits on several other chemicals and elements. Existing mines and recognized closed mines will be subject to lower limits on arsenic, cyanide and lead. Mines that go into production on or after June 1, 2021, will face the same three lower limits on arsenic, cyanide and lead, as well as reduced allowances for copper, nickel and zinc. The parameters for suspended solids and radium-226 will remain the same. After the regulations take effect, mines will have to conduct testing once a week, with the option to reduce their testing to once quarterly if concentrations of the chemicals are well below the limits.

Related: The World Gold Council aims to define and enforce ethical gold mining in the industry

In 2018, the government estimated the amendments would cost industry a net $43.4 million between 2018 and 2027, with the more stringent effluent limits and increased effluent testing representing $27.8 million of that total.

The changes also introduce the requirement for miners to perform toxicity testing on Daphia magna, a zooplankton commonly used in aquatic toxicity testing. Previously, toxicity testing was only performed on rainbow trout and three-spined stickleback, with mine water considered “acutely lethal” if it killed more than 50 per cent of either fish over 96 hours. Mine water will now also be considered “acutely lethal” if the sample kills more than 50 per cent of Daphnia magna over 48 hours.

Any mines that fail to meet the new effluent quality standards could face fines or other enforcement actions, such ministerial orders and court actions.

“If you are a mine manager or if you were an environmental coordinator for a mine, it would be really quite important for you to start looking at the effluent quality your mine currently produces,” Smith said. “Look at that quality from the perspective of these new limits. If you’ve never had a problem and your wastewater treatment system has the capacity to deal with this discharge criteria, it’s less of a concern, but if you’ve been operating near these new limits, I think you’d would have to have a conversation with your wastewater system operator and determine whether or not the system needs to be changed.”