An update to the Mining Association of Canada’s standard changes how companies should tackle risks and opportunities from climate change
By Samuel Haughton
May 13, 2021 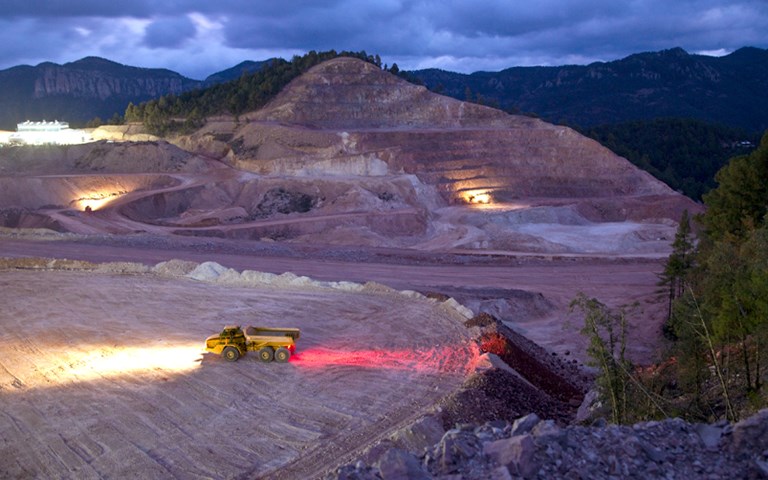 Seventy-five per cent of the mineral production in Canada is represented by MAC members applying the TSM standard. Courtesy of Agnico Eagle.

The Mining Association of Canada (MAC) released a new “Climate Change Protocol” for its Towards Sustainable Mining (TSM) standard on May 5, one of eight such protocols that member companies use to measure and publicly report their performance against in annual TSM progress reports. As 75 per cent of Canada’s minerals and metals production is represented by MAC’s membership, this action will trigger a significant change in how most mining companies in Canada report on their plans for handling both the physical and financial challenges posed by climate change.

The change from the protocol’s old title, the “Energy and Greenhouse Gas Emissions Management Protocol”, reflects a general expansion of the types of climate-related information member companies will need to report. In particular, the protocol is characterized by an increased focus on adaptation to and mitigation of the potential consequences of environmental change, with explicit grading criteria for how businesses plan to anticipate and adapt to the risks and opportunities presented by those changes. This is a significant departure from the 2015 protocol, which focused mainly on emissions standards. To put it in perspective, the new protocol contains 31 references to “adaptation,” where the 2015 version contained none.

That difference is not merely superficial, and extends to the specific content of the protocol’s assessment criteria. According to MAC senior vice-president Ben Chalmers, “When you look at the substance of the protocol, it’s about more than just emissions reduction. It’s about strategy, it’s about adaptation. The old protocol didn’t speak at all to climate adaptation, where the new one does.”

This means that MAC member companies will have to provide more explicit and detailed plans for how they intend to meet the challenges presented by environmental change. For instance, in order to receive an A rating in the second of the three indicators, “Facility and Climate Change Management,” operators will need to demonstrate that they have “[a] process for the management of physical climate impacts and adaptation,” which includes not only assessment and identification of potential risks from the physical effects of climate change, but also the “identification, prioritization and implementation” of business planning that responds to those risks.

Related: Aimee Boulanger details how the Initiative for Responsible Mining Assurance works to bring the mining supply chain together for the greater good

Another major expansion is in climate-related financial and corporate disclosure criteria. These new criteria were developed from the Task Force on Climate-Related Financial Disclosures’ 2017 report, which emphasized the need to adapt to not only the physical ramifications of climate change, but the financial consequences as well. Both the shift away from natural gases and fuels promised by the 175 parties to the Paris agreement, and the inherent uncertainty and risk surrounding climate change itself, according to that report, mean companies need to provide more accurate financial information in order to help investment, insurance, and lending markets appropriately assess and price climate-related risks and opportunities.

According to TSM program director Katherine Gosselin, the new TSM protocol, “Actually goes beyond the requirements of that task force – which are really around disclosing your climate strategy, scenario-planning, risk-assessment, that sort of thing – and putting in place criteria for companies to have all of those things in place, to have really comprehensive systems for things like corporate governance and strategy, risk assessment, metrics and targets around climate change. So, an important point to note is that beyond having them just disclose things in those areas, we’re making sure they’re doing something meaningful in each of those areas.”

Both Chalmers and Gosselin highlighted that TSM has been influential not only within Canada’s mining industry, but also in other countries where associations are seeking a format to publicly demonstrate adherence to a set of climate change standards in response to societal or investor pressure. Gosselin said that “[s]ince we have eight other associations who are now actively implementing TSM and a number of others looking to work with MAC to implement TSM in their jurisdictions [...], they’ll be looking at how to adapt [the standard] into their national context. These will also be things presented to their member companies as new and ambitious targets for them to consider in the development of their own protocols.”