Newcrest PFS endorses long-term future for Red ChrisAfter picking up the project in 2019, Newcrest Mining is looking to turn its British Columbia gold project into a tier-one operation

After picking up the project in 2019, Newcrest Mining is looking to turn its British Columbia gold project into a tier-one operation
By Michael Schwartz
October 14, 2021 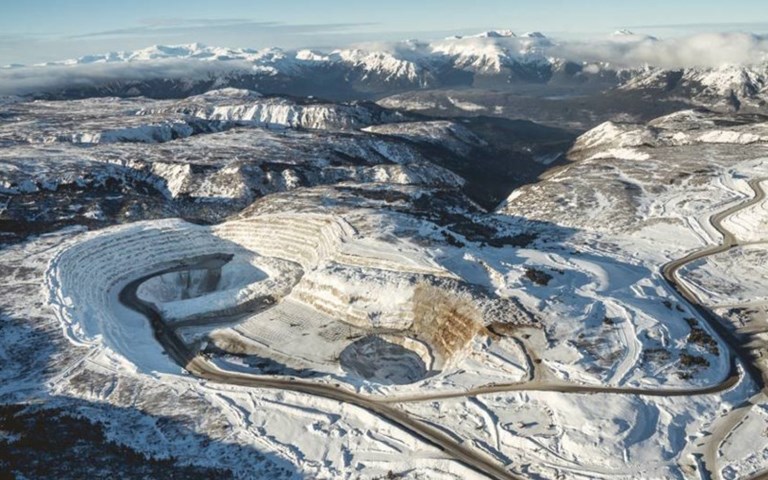 Newcrest purchased a 70 per cent stake in Red Chris in hopes of turning it into a tier one operation. Courtesy of Newcrest Mining.

According to Newcrest Mining, Red Chris, the company’s gold-copper joint venture in British Columbia, has the potential to become not only a leading gold-copper source but one with a life of 31 years.

The project’s latest pre-feasibility study (PFS), released on Oct. 11, shows an initial proven and probable ore reserve estimate of 8.1 million ounces of gold and 2.2 million tonnes of copper from 480 million tonnes graded at 0.52 grams per tonne gold and 0.45 per cent copper. The study is also projecting average annual production of 316,000 ounces of gold and 80,000 tonnes of copper from one of the three sections of block mining, Macro Block 1, after 2029.

Newcrest is also stressing the economic factors arising from the project, namely an estimated 17 per cent internal rate of return after tax and a $2.3 billion net present value over the 31-year mine life before any subsequent extension. In addition, the company is quoting a block cave life-of-mine all-in sustaining cost of $180 per ounce. To develop Macro Block 1 and the related Macro Blocks 2 and 3, total capital expenditure of $2.6 billion is estimated. Payback, is estimated at 3.2 years.

The PFS also examined the mining methods for the project, stating that block caving will be employed after taking into consideration the area, depth and mineral grades. Regarding ore processing, Red Chris’ concentrator will be upgraded for larger throughput, increased mineral hardness and higher gold and copper head grades.

Related: After purchasing the Blackwater project over a year ago, Artemis is focusing on de-risking its British Columbian gold project

This upgraded plant will employ grinding and flotation to produce a copper-gold concentrate; more specifically, a parallel single-stage grinding circuit will be installed, with a dedicated coarse ore stockpile. Plant upgrades will include additional rougher and cleaner flotation capacity, a new regrind circuit and expanded concentrate dewatering equipment. Anticipated recoveries for underground ore are 81 to 86 per cent for copper and 60 to 75 per cent for gold across the life of the project. Average annual throughput during processing is expected to be 13.6 million tonnes per year.

Newcrest is optimistic for the future and is reporting considerable exploration success to date, having discovered a new resource named East Ridge and higher mineralization near Red Chris’ Main Zone; neither of which are included in the initial mineral resource and ore reserve estimates but reinforce the PFS.

The study is the project’s first since Newcrest acquired a 70 per cent stake in it back in August 2019. At the time, Red Chris’ owner, Imperial Metals, was experiencing significant financial strain, requiring it to sell a majority stake and relinquish operation of the project in order to help pay back its debts.

"Since acquiring our 70 [per cent] interest in Red Chris in August 2019, we have been focused on unlocking its future potential, which we have always believed to be significant, and which is confirmed by the study," said Newcrest managing director and CEO, Sandeep Biswas.

Other key factors the company points to include the Red Chris carbon footprint. Hydro-generated grid power combined with efficient, low-cost, block-cave mining are expected to reduce the carbon footprint, certainly when compared to other mining methods. There is also the relationship with the local Tahltan First Nation, where Newcrest operates under an Impact, Benefit Co-Management Agreement with the Tahltan.

The underground mine at Red Chris is anticipated to start production from Main Block 1 in 2027, the start of the 31-year mine life.