Regulators to take steps against short sellingCanada is making changes to curb the practice of predatory short selling, a thorn in the side of junior mining companies

Canada is making changes to curb the practice of predatory short selling, a thorn in the side of junior mining companies
By Kelsey Rolfe
April 23, 2021 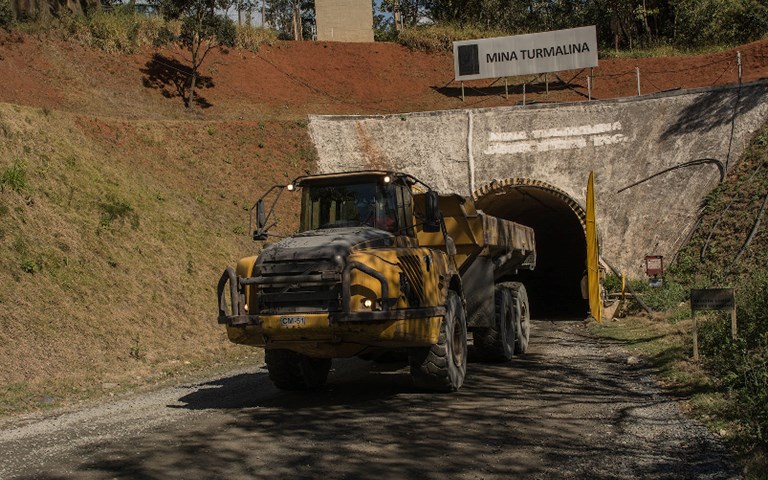 Jaguar Mining found itself the target of a short selling campaign following unscheduled mill repairs at its Turmalina gold mine in Brazil. Courtesy of Jaguar Mining

In the wake of growing concern from public companies, Canadian regulators have turned their attention to tightening the rules that govern short selling.

Short sellers – investors who bet against public companies by borrowing shares and immediately selling them with the expectation the price will drop so they can repurchase at a lower value – serve an important price-discovery role in the public market and have even unearthed cases of fraud and corporate malfeasance. But experts say Canada’s lax regulations around the practice have allowed “short and distort” campaigns (spreading negative rumours about a company to artificially drive its value down) and other abusive forms of short selling to flourish in the country.

Mining companies have been frequent targets. In the past decade, Silvercorp Metals, Pretium Resources, Asanko Gold and Northern Dynasty Minerals have been caught in particularly high-profile campaigns. Most recently, Novagold Resources sued J Capital Research for defamation in a New York court over the firm’s May 2020 report that questioned the viability of the company’s Donlin gold project in Alaska, a joint venture with Barrick Gold. The miner’s stock took a tumble from roughly $16 to $10.75 in the 10 days following the report and is trading around $11 as of press time.

In January, the Ontario Capital Markets Modernization Taskforce recommended the provincial regulator create a new prohibition against “misleading or untrue statements” about public companies to prevent both short and distort campaigns and “pump and dump” (investors try to build up cheaply purchased stocks by spreading positive rumours) schemes. The prohibition, similar to legislation recently enacted in British Columbia, would require the Ontario Securities Commission only to prove intent, rather than causation.

According to capital markets lawyers, regulators already have the tools they need to crack down on short and distort campaigns through existing prohibitions against market manipulation, fraud and misleading statements. But these typically have not been well enforced, and there is no specific prohibition on third parties making false or misleading statements, other than defamation laws.

Paul Davis, a partner in McMillan LLP’s capital markets and securities practice, said companies and shareholders who have been victims of short and distort campaigns lack statutory recourse. The firm plans to advocate for a private right of action that would allow issuers and shareholders to enforce damages against malicious campaigners. While companies can pursue civil action, Davis said, it is “pretty difficult to be successful.”

While activist campaigns tend to grab headlines, some of Canada’s junior miners are calling out what they call “predatory short selling” that they said flies under the radar, but uniquely affects them.

Jaguar Mining chief financial officer Hashim Ahmed said the company has been the target of predatory shorting for years. After reporting unscheduled repairs at a mill at its Turmalina mine in Brazil in December 2015, prompting a share-price decline, the company has faced a “cloud of short sellers setting up on our stock.” He reported suspicious trading activity to the Investment Industry Regulatory Organization of Canada numerous times but got no traction.

“You’ve got somebody who’s just blocking your share price from appreciating naturally,” he said. “Every time we released good news, our stock price went up a little bit, but it never got appreciation because we knew our short positions were high. A few days later, the momentum of that good news [would] fade away because of that short seller blocking your shares from going up.”

Short selling has not yet directly impacted Jaguar’s ability to raise capital, but Ahmed believes it could be a detriment. “If your actual performance is improving but the stock is being depressed, your investors will have a hard time understanding. You can always tell them… but they may be afraid [that] if they get into that stock they could suffer.”

Junior miners are particularly vulnerable, he said. The companies are typically tightly held by a few large investors with only some of the stock publicly traded, making it easier to cause price fluctuations.

Terry Lynch, chief executive officer of Chilean Metals and founder of the advocacy group Save Canadian Mining, agreed. Save Canadian Mining has called for reinstating the tick test, a rule repealed in 2012 that prevented short selling on stock that was already in decline.

The Ontario taskforce didn’t recommend bringing back the tick test, but it did propose other substantial changes, including requiring shorters to confirm they can borrow the securities they’re attempting to short, and be subject to a mandatory buy-in if a sale fails to settle two days after the settlement date, or four days after the trading date.

The change would effectively end a practice known as naked shorting. Currently, short sellers are only required to have a “reasonable expectation” of settling a short trade, meaning they can short without actually having borrowed the stock – something that can be disruptive if the shorter cannot locate stock to buy back, creating more shares than actually exist in the market. Transactions must be settled in two days, but investors can have up to 10 days in exceptional circumstances.

According to Lynch, hedge funds have exploited the current loopholes by shifting uncovered bets to another company on day 11, extending their time to short. The taskforce proposal, he said, “would eliminate kiting and that would be helpful to stop predatory shorts. If those [recommendations] are put in, we’ll have a good correction in the marketplace.”

The taskforce also recommended a prohibition on short selling in connection with a prospectus offering or private placement, something that Lynch said is sorely needed.

“What happens when people use their financial muscle to push a stock down that’s unwarranted based on company news, it’s just scaring away other buyers,” he said. “Often these guys will do this in advance of a company’s financing, in particular mining companies, because it’s easy to identify when they need capital. Typically, they’ll know that their drilling program was successful and they’re going to go and raise money, and then they start to sell.”