Solving the oracle problemBlockchain technology promises to revolutionize the supply chain, but it is not without its issues

Blockchain technology promises to revolutionize the supply chain, but it is not without its issues
By Samuel Haughton
September 02, 2021 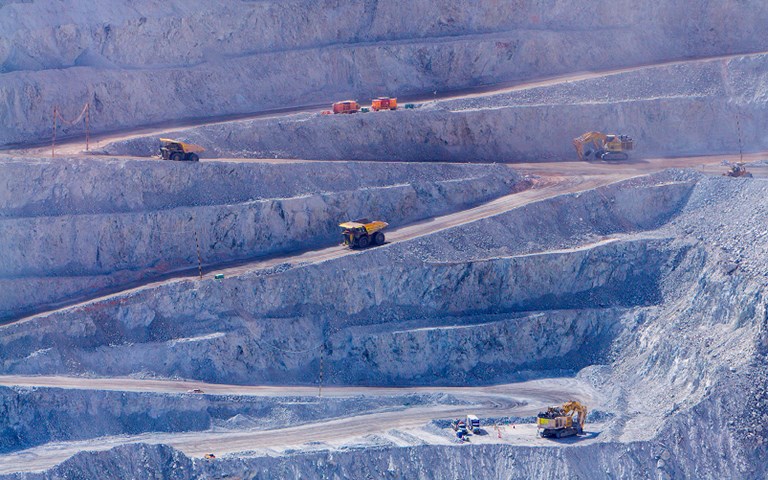 Glencore has introduced its ReSource blockchain project, which aims to ensure responsible sourcing of cobalt throughout the supply chain. Courtesy of ReSource

Blockchain technology has emerged as one of the most prominent tools for securely recording information of the 21st century. Blockchain technology allows any participant in the shared network to review and have access to the digital ledger, allowing companies to save time that was formerly spent synthesizing individual ledgers and reconciling their transactions. While the mining industry is taking steps to introduce the use of blockchain technology in its operations, questions remain as to its effectiveness and accuracy as a ledger.

Companies are often concerned about communicating and gathering information about the ethicality of each step in the mining supply chain, and miners are starting to incorporate blockchain tech to do so in a number of key areas. Minespider, a blockchain company that caters directly to the mining sector, advertises a number of key areas in which companies can “showcase [their] responsibility efforts to downstream clients.” This can be done by communicating such information as the materials’ provenance, the company’s sustainability efforts, and carbon emissions data to clients and investors, providing a secure and reliable way to ensure that correct information has been relayed along the blockchain.

Notably, Glencore announced in May that it would be teaming up with CMOC, Eurasian Resources Group and battery material supplier Umicore on ReSource, a project that aims to use blockchain tech to trace cobalt used in batteries for electric vehicles, and assure its responsible production at every step of the process. More recently, Trovio, a digital commodities registry service provider, and Blockhead Technologies, a company that aims to provide intelligent supply chain solutions, also announced that they would be partnering to develop a tracing system for other such minerals, tracking the provenance of physical assets for their entire life cycle. In this case, Blockhead will contribute its blockchain-based supply chain management system, STAMP, in order to determine the carbon footprint and provide a public record of the assets’ ESG score, detailing where it was sourced, and whether the labour that went into extracting it was ethical.

The idea of applying automated blockchain systems to a complex, multi-faceted area like mining supply chains has some significant upsides. Manish Chawla, general manager of global chemicals, petroleum & industrial products industries at IBM said that, “In the mining industry, understanding the origin of a material, the effort required to extract the material, and the waste generated in the process is becoming a key criterion for companies to retain licences to operate. Blockchain enables companies to record and prove that a mineral is ethically or sustainably produced at a specific mining site – without creating any competitive advantage or unnecessary disclosures.”

Additionally, he argued that use of the blockchain can have long-term beneficial effects on the industry, providing a way for companies to more confidently locate new resources: “If we fast forward to the future, we can see how blockchain technologies can accelerate confidence in knowing where both new (greenfield) resources exist, as well as recover more resources from existing (brownfield) mines. This has a dual benefit: it improves efficiency and value in operations, as well as aiding in reducing the greenhouse gas emissions associated with exploration and production.”

On the other hand, as with any security system, there is the key question of how one can communicate information from outside of the system to inside of it, or in blockchain jargon – from “off the chain” to “on the chain.” David Uzsoki, a sustainable finance lead at the International Institute for Sustainable Development, describes the problem in his article, “How Can Blockchain Improve Sustainability in Mining,” as the inherent one of ensuring that the data uploaded to the blockchain ledger in the first place is correct and reflects the truth.

This is the so-called “oracle problem,” named after the beings from classical Greek myth that would supposedly convey truth and wisdom to the listener. Users of the blockchain need to ensure that the information being transferred from the real world to the blockchain ledger is accurate. In normal security systems, for example, this means making sure that a state’s intelligence bureau is not populated with double agents, providing false information to an otherwise efficient and effective chain of intelligence. In the case of blockchains, Uszoki says, an oracle can be one of the “trusted organizations that verify the validity of the information before it goes onto the blockchain.” For example, with regard to a similar effort by Ford Motor Company to trace cobalt provenance using blockchain technology, Uszoki suggested that RCS Global, a company specializing in data-driven sourcing for metals supply chains, could take on this role of oracle – heading off any potential for false inputs to the ledger.

Chawla also pointed to the possibility that some solutions to this problem could be generated through working with the blockchain itself, as well as third-party organizations and strict assessment of who has access to the blockchain: “It is true that blockchain networks record whatever data is submitted to it, so assurance that the original information submitted is accurate is critical. (Once submitted, the technology can highlight where inconsistencies occur, such as data that is altered or a user displays inconsistent behaviour.) One way to assure the accuracy of all information on the blockchain is third-party assurance and strict guidance for which organizations can participate in the network.”

While this is perhaps a viable solution, it is open to the criticism that this again puts the question of ethical sourcing back in the hands of central authorities. Humans are not, after all, divine oracles, and they can make errors or input false information – undermining what is otherwise an efficient process for tracing how our raw materials get to us. Blockchain technology will support, rather than replace, the industry’s current environmental, social and governance reporting requirements. As Ivan Glasenberg, CEO of Glencore, said with regard to the company’s cobalt tracing project: “Traceability is not enough on its own, it must be part of a wider industry effort to bring improvements to the entire cobalt supply chain. This starts with responsible sourcing compliance.”