Starting the review process at Totten With all the miners now above ground, Vale is talking about the next steps it will take to prevent a similar situation

With all the miners now above ground, Vale is talking about the next steps it will take to prevent a similar situation
By Angelica Zagorski
September 29, 2021 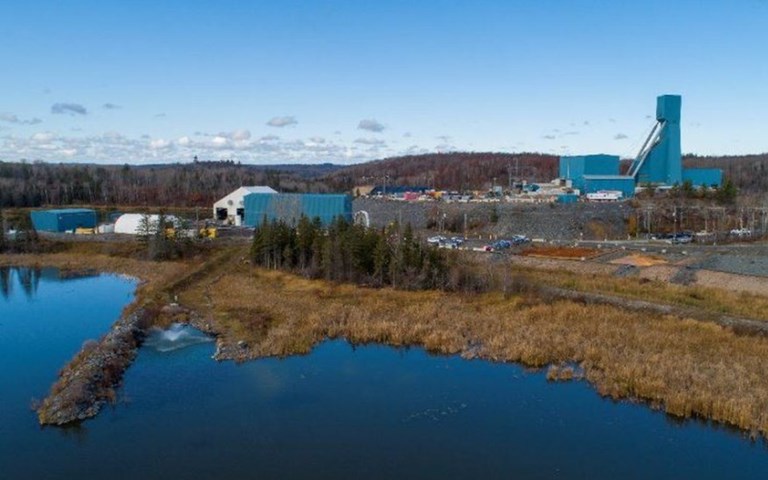 All the 39 workers who were stuck below ground at Vale's Totten mine were brought safely to the surface. (Courtesy of Vale)

Vale announced that after being stuck underground since Sunday, all of the 39 miners at Vale’s Totten mine in Sudbury have climbed to the surface. Now that the miners have been safely rescued, Vale, the miners and government authorities will begin reviewing both the initial incident and the rescue process

At a press conference Wednesday morning, Gord Gilpin, head of mining operations at Vale, said, “We are not at the point where we need to be in terms of being able to guarantee that we can avoid every incident. When you get a call, the worst possible outcome comes to mind. A lot of difficult emotions come out. It goes to strengthen our resolve as a team and company at Vale to never let up on our most important work: to get to a point where we can guarantee we won’t endanger lives or end lives. It’s important to all of us, and the emotions are very real.”

The employees had to exit mainly via a secondary egress ladder system with the support of Totten’s mine rescue team. On the 650-level, “they got on the auxiliary hoist, and were brought to surface,” explained Nick Larochelle, president of the United Steelworkers (USW) Local 6500, the union that represents the workers,. Since the employees were trapped in the main shaft of the mine, 4,130 feet below surface level, this operation required hours of climbing up the shaft, a process that took far longer than initially anticipated. Miners began reaching the surface of the mine on Monday night and the last few reached the surface at 4:45 a.m. Wednesday morning.

Related: Ontario Mine Rescue’s Ted Hanley on getting it right when everything goes wrong

According to Gilpin, “We had a number of employees underground at varying locations in the mine. The main driver behind the different times was that we made sure that every single employee had the support they required in order to make it to the surface safely. Our mine rescue team was initially focused on outfitting these ladders with the appropriate gear to make sure we had enough fall protection as our employees made their way up.”

Larochelle explained that for the average worker, climbing ladders is not part of their daily routine, which is why a medical team was on standby during the rescue.  All employees will be assessed and monitored in the coming days to determine the impact of the incident. The employees’ mental health will also be assessed for trauma.

Gilpin said that while people were underground, the Vale team was exclusively focused on getting the miners to the surface. Now that they’re out, the company will have the opportunity to assess the damage to the mine. A seven-yard scoop bucket, which was being lowered, had become dislodged, damaging about 100 feet of the shaft. In the meantime, the mine will remain closed.  As well, a joint investigation by Vale and Ontario Mine Rescue is under way at the Totten

According to Gilpin, “There are a lot of questions to be answered: who, what, when, where, and why. We know that the significant investigation tools we use will get all those questions answered.”

Larochelle took the opportunity of the press conference to praise the rescue team.

"We are immensely grateful for the tireless work of the rescue crews who helped bring everyone up safely. In Sudbury, we have some of the best rescue crews in the entire world. Workers who voluntarily train on an ongoing basis, in case an emergency like this ever happens. Our union and the entire Sudbury community thanks them for their service."

Getting the last of the miners safely back to surface was a big victory. “It was a very emotional ending to a very stressful exercise. It was a great feeling. A lot of smiles a few laughs, fist-pumping and congratulations going around,” said Gilpin.