The evacuation and investigation of the Totten mine incident
By Angelica Zagorski
November 25, 2021 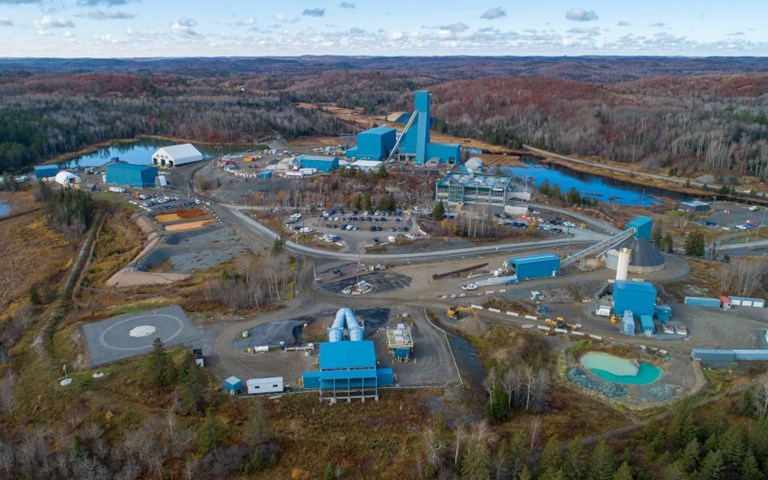 When 39 miners were trapped underground at Vale’s Totten mine in Sudbury, the workers’ safety was of the utmost importance to the mine rescue team. Courtesy of Vale

This was not your typical mine rescue, Ted Hanley, general manager of Ontario Mine Rescue, recalls thinking when he received a call from Vale’s Totten mine in Sudbury at 2 a.m. on Monday, Sept. 27. At that time, Vale decided it would bring its workers out of the mine via secondary egress after a scoop bucket was slung into the Totten mine and became lodged in the shaft trapping 39 miners at the 650-foot level.

Even though what the miners were doing was common, the incident was not.

Hanley said this rescue mission was different because of the atypical use of the ladderways in the mine. Miners are used to climbing 100 to 200 feet to another level, where they can get a ride in a vehicle and travel via a ramp system out or to their next workstation. Since the conveyance system was out of operation, the miners would have to climb a series of ladders almost the entire way to the surface, 4,130 feet above them. They later determined they were going to be able to hoist people up the last 650 feet.

Hanley said it wasn’t until further along in their evacuation operation that the team realized there was a high likelihood that the miners’ physical capabilities might not be good enough to pull themselves out. The 39 individuals stuck underground had just worked an entire 12-hour shift and had been underground for around 24 hours.

“That’s a lot to ask someone who’s already tired, someone who hasn’t slept properly, someone who only brought down enough food underground for lunch on that work shift,” Hanley said. “This amount of work – climbing a ladder for five hours – would drain the energy out of even a fit person, let alone someone who was not in the best shape.”

To minimize the risk that miners could experience injury or medical issues during the several hours of climbing to get themselves out, mine rescue responders were sent underground to various locations to travel with and support the workers.

“We train every week of the year to be prepared for this,” Hanley said.

The mine rescue officers completed this five-hour climb twice, as they had to go down the entire ladder system and come back up with the miners while carrying around 50 to 75 pounds of rescue gear.

The officers had to use an Arizona Technicians Edge Kit (AZTEK) rope system that helped set up ropes every 20 feet in the mine. They were unable to use their usual system because of the mine’s design, which has several landings at different levels every 100 or so feet. This safety design of the  AZTEK rope system will now be incorporated into Ontario Mine Rescue training and rope training that is conducted in the province.

Hanley said the operation would not have been possible without the great efforts from Totten mine manager Stephanie Bleker, chief mine rescue officer Shawn Rideout, and the underground operation leaders: Scott Gillett, Dan Davidson, Jeff Farquharson, Danny Taillefer and Jason Leger.

Getting the last of the miners safely back to surface was a big victory. “It was a very emotional ending to a very stressful exercise. It was a great feeling. A lot of smiles, a few laughs, fist-pumping and congratulations going around,” said Gord Gilpin, head of mining operations at Vale, at a press conference following the incident.

The Ontario Ministry of Labour, Training and Skills Development  is currently investigating the Sudbury mine incident and has so far issued eight orders to Vale under Occupational Health and Safety Act.

According to Sudbury.com, a spokesperson for the ministry said it has “engaged workplace parties and a ministry team, including experts in health and safety inspections and engineering,” and “is now proceeding with an investigation to check for contraventions with the Occupational Health and Safety Act and Mining Regulations.”

In terms of Ontario Mine Rescue operations, the team is debriefing and preparing training modifications for the next incident.

“We say this all the time, we can’t crystal ball every possible scenario that can occur in a mine. It would be a waste of time and effort. We can put in place safe procedures and equipment that will be used safely to kind of catch all possible circumstances. Now what we look at is our equipment, our procedures, and the training of our mine responders. And we’ll continually try to improve those circumstances,” Hanley said.