The mining world is turning to special purpose acquisition companies when big deals are on the line
By Carolyn Gruske
November 19, 2021 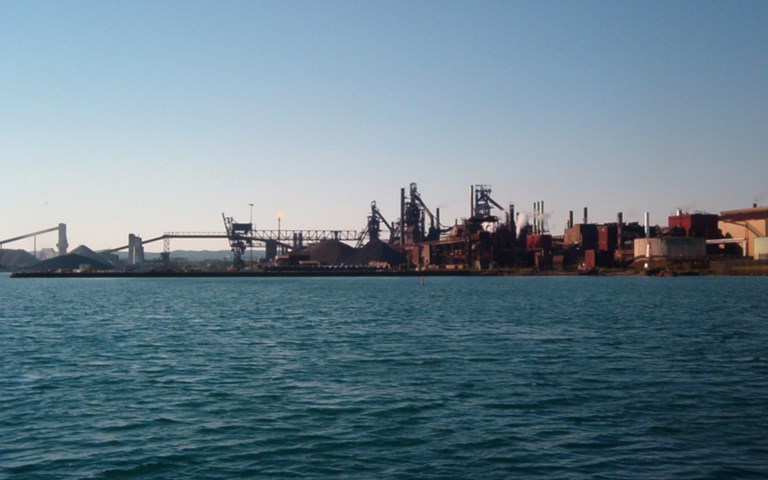 The two companies could not be more different if they tried. Algoma Steel in Sault Ste. Marie, Ontario, has been in business since 1901 and currently has the capacity to produce four million tonnes of hot and cold rolled steel for automotive, mining, ship building, rail and military customers. Based in Vancouver, Deep Green Metals was a start-up founded with the intent of harvesting polymetallic nodules from the seafloor of the Pacific Ocean to supply metals to the electric vehicle battery market. Despite their differences, however, both companies decided to turn to SPACs on the way to becoming publicly traded companies.

SPACs, or special purpose acquisition companies, are also known as “blank cheque” companies. They produce no goods and offer no services. Essentially, they are corporate entities that exist solely as investment vehicles. They have mandates to seek out businesses, merge with them, and take them public.

SPACs are not new, but over the course of the last 18 months or so, they have gained popularity, especially in the mining industry. Deep Green found a SPAC partner, Sustainable Opportunities Acquisition Corp., in March and after a US$2.9 billion deal, The Metals Company emerged. On Sept. 10, it began trading on the Nasdaq Global Select Market.

Legato Merger, a U.S.-based SPAC headed up by partners David Sgro and Eric Rosenfeld, merged with Algoma Steel. That deal, which happened in May, valued the company at $1.7 billion, and saw Algoma receiving $306 million of capital, including a $100 million fully committed private placement with key investors.

Deals involving SPACs are large deals, and that is by design. As Michelle Grant, national energy, utilities, mining and industrial deals leader for PwC explained, the minimum amount that can be raised to fund a SPAC is $30 million, and that is money that needs to be spent on what is known as a qualifying transaction (QT) – that is, buying (or merging with) the company that wants to go public.

“For a SPAC deal, what happens is 90 per cent of the money that’s raised goes into escrow. And has to be used to fund the qualifying transaction. Those are the requirements that are put on SPAC [by the stock exchanges that regulate SPACs]… The qualifying transaction in a SPAC has to be at least 80 per cent of the escrow value,” said Grant. She gave the example that for a SPAC looking to spend $30 million, the company it wants to invest in needs to have a business valuation of at least $24 million.

Of course, there is no obligation for a private mining company to turn to a SPAC when it decides to go public. As Grant explained, there are typically four ways to achieve that end goal: a straight initial public offering (IPO), a reverse takeover, a spin-out, and the qualifying transaction route (which is where SPACs fall). Each has their benefits and their drawbacks.

Related: Companies that mine or explore in foreign jurisdictions are increasingly finding themselves at odds with their host nations

With SPACs, speed and ease are the main upsides, according to Jeff Swinoga. At the time of the interview, Swinoga was EY’s Canadian mining and metals co-leader. Currently, he is CEO of Exploits Discovery.

“There are a couple of benefits to having an agreement with a SPAC. One is access to capital, and having the money already raised and held for use. It’s easy, instant access to capital. Well, I wouldn’t say instant, but easy access to capital. And then also speed. If you have a private mining company or a company that wants to grow faster, it accelerates the ability to go public,” he explained.

Swinoga added that deals can be made to pair companies under a SPAC. “If there’s a fragmented segment of the market, say in the energy space where there’s one company with a great technology and another company that has a mineable resource, putting those combinations together and creating synergies can create additional value that a SPAC can roll up, contributing to a great energy company.”

Because SPACs involve a negotiated deal, they provide much more certainty to the company looking to go public. Just because a company believes itself to be worth a certain value, that is no guarantee that value will be accepted by investors looking to purchase shares when the company is first listed for trading. An expectation of, say, $20 per share, might be met with investors only willing to spend $15, for example, which undercuts the total value of the company.

The number of SPAC deals in Canada is still pretty low. According to Grant, a TSX report from May showed that there were only three SPACs listed on the exchange. Part of the reason why is that the number of private Canadian companies valued at $30 million-plus is limited. In the mining industry, in particular, Canada is better known for juniors and for the investment tools that support them, specifically capital pool companies (CPCs).

“A lot of the times the companies looking to go public are juniors looking to raise exploration capital, so we’re not talking about hundreds of millions of dollars like the SPACs we see in the U.S. Usually, those types of deals are true M&A deals with actual acquisitions by large Canadian public companies,” explained Kevin Chan, PwC’s national mining leader.

“The need to fund junior exploration companies necessitates that lower transaction threshold. Which is why, at least in the Canadian market, you’ll see the CPC route more so than a SPAC. But if your definition of a SPAC is just a shell company with cash that facilitates a takeover to allow a private company to go public, a CPC is, in a way, a SPAC. It’s just not a formal SPAC as defined by the TSX.”

Legato’s Sgro also emphasized the importance of CPCs. “The CPC structure in Canada is one that tends to be used more heavily. It’s not something that is used in the U.S. market. I think it is a reason why there hasn’t been as much activity from SPACs in Canada.”

While they may not be as common as CPCs, there is no reason why Canadian companies could not catch the eye of international SPAC executives.

“We know there are groups looking at the Canadian market and we know there are groups looking at targets here as well. I think that there will be activity in the sector, just based on things that we’re seeing and a few of the people that we’ve been talking to,” said Norbert Knutel, a Toronto-based partner at the law firm Blake, Cassels & Graydon LLP.

Most importantly, whether it is a SPAC or a CPC, Grant said that it benefits mining companies to understand how these investment pools work, and what the consequences are of getting involved.

“Is going public right for the mining company? That’s really an important question because the answer to that question could very easily be no,” Grant told CIM Magazine. “The SPACs and the CPCs are out there hunting for qualified transactions. It might look like an attractive deal, but it might not be the right thing for the company to do, to go public. You need to make that holistic assessment and make sure that it’s the right time.”