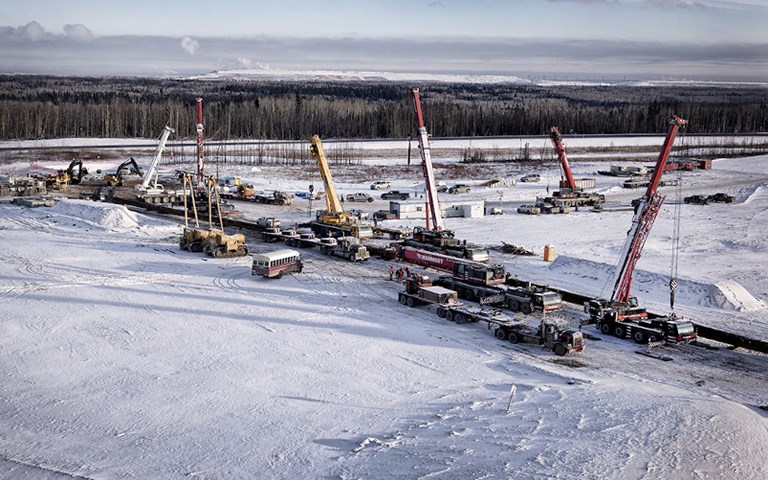 Welcome back to your weekly mining news recap, where we catch you up on some of the news you may have missed. This week’s headlines include a partnership between Suncor and eight Indigenous communities, Epiroc acquiring FVT Research, and some proposed solutions for the underrepresentation of women in the industry.

The price of uranium continues to climb after Sprott Physical Uranium Trust was approved to acquire up to US$1 billion in additional uranium in the coming months, as reported by S&P Global. On Sept. 15, the spot U3O8 price of US$48/lb was the highest it has been since September 2012. The increasing demand for uranium is coming from a variety of financial investors and uranium producers during what many groups are saying is a supply crunch. Concurrently, uranium giant Cameco and X-energy will explore the potential development of Xe-100 small modular reactors in Canada and the United States.

The House of Representatives Natural Resources Committee proposed one of the most substantial changes to U.S. mining law since 1872, as reported by Reuters. The house proposed an eight per cent gross royalty on existing mines on federal land and a four per cent royalty on new ones, as well as a seven cent fee for every ton of rock moved, which caused outrage among U.S. mining companies.

A feasibility study for Artemis Gold’s Blackwater project, proposes a mine plan aimed to reduce risk and also give more defined cost predictions at the project in British Columbia. Included in the study, is the company’s commitment to reduce the carbon footprint of the project by replacing diesel and propane-powered equipment within the process plant during the development in phase one of its mine plan.

Epiroc announced it will acquire FVT Research, a Canadian company that integrates battery systems into mining vehicles. This acquisition is part of Epiroc’s strategy to convert to emissions-free battery electric vehicles (BEVs). The finalization of the deal is expected to be completed in the second half of 2021.

Syncrude has paved the way for continuous improvement in the oil sands through prioritizing research and development. The company focuses on redesigning equipment for longevity and cross-organization collaboration to ensure its success, spending $900 million on research and development over the past decade. The results include modified Liebherr T282 trucks that, using an 11-point upgrade program, targets structural issues in order to prolong the longevity of its 26 trucks.

BHP has secured non-binding deals with major importers for up to 100 per cent of future production for Jansen’s potash, including those in the U.S., Brazil, India, and China, as reported by Mining.com. BHP, the world’s largest mining company, expects potash demand to increase by 15 million tonnes to roughly 105 million tonnes by 2040, or 1.5 per cent to three per cent a year.

Women are underrepresented and leaving the mining industry at a higher rate than other sectors, as reported by McKinsey. The report by McKinsey found that 40 percent of entry-level roles are being filled by women, but the industry loses them because the work is no longer intellectually challenging, they have the perception that there are fewer advancement opportunities for them than there are for their male colleagues or their companies are failing to promote women to technical or operation roles. The report identified solutions to increasing attraction, retention and promotion for women in the industry, such as setting a parity goal for recruitment and using role models to effect culture change.

A partnership between Suncor and eight Indigenous communities in the regional municipality of Wood Buffalo will allow them to acquire 15 per cent equity interest in TC Energy’s Northern Courier Pipeline Limited Partnership. Together, Suncor, which will operate the pipeline, and the communities will have a $1.3-billion stake in the asset.

A research team from the University of Waterloo has created a database of occurrence rates, behaviours and fiscal impacts of tailings flows, as reported by Mining.com. Using data from 63 tailings flows that took place since 1928, this database will allow mining engineers to compare the conditions of previous incidents to those of existing sites.

Komatsu’s MC51 mechanical rock excavator is set for “the largest mechanical excavation trial of its kind, ever undertaken” at Vale’s Garson mine in Sudbury, as reported by Vale News. The MC51 uses DynaCut technology, which eschews the traditional drill and blast method and instead drills continuously though rock. The 18-month trial, also announced at MinExpo, will test the MC51’s strength against the hard rock of the Canadian Shield.