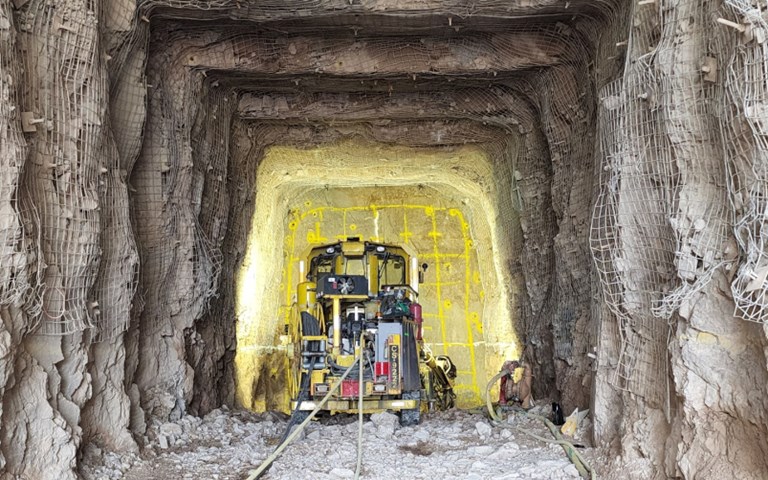 The $200 million investment from the Ontario Teachers' Pension Plan Board will be used to bring the McIlvenna Bay copper project closer to development. Courtesy of Foran Mining.

Welcome back to your weekly mining news recap, where we catch you up on some of the news you may have missed. This week’s headlines include costs increasing at Iamgold’s Côté Gold project, tailings dam concerns in Nova Scotia and Canada helping with a Dominican mine rescue operation.

Quebec’s public health director called for Glencore to reduce toxic emissions from its Horne Smelter in Rouyn-Noranda, which is releasing 55 times the standard safe level of arsenic into the air, as reported by Bloomberg. The smelter is currently emitting 165 nanograms of arsenic per cubic metre of air, as shown by a recent study conducted by public health authorities. The province is currently urging for a reduction to 15 nanograms to mitigate health risks to the population. Glencore has stated that an action plan will follow in the coming days.

Foran Mining has struck a preliminary deal for an up to $200 million investment by the Ontario Teachers’ Pension Plan Board for its McIlvenna Bay copper project in Saskatchewan, as reported by Mining.com. McIlvenna Bay is the largest undeveloped volcanogenic massive sulfide deposit along the Flin Flon Greenstone Belt and is meant by Foran to become the world’s first carbon-neutral copper mine.

Outstanding cost estimates for Iamgold’s Côté Gold project in Ontario rose again with the publication of its 2022 technical report, which also pushes back the production start to a later date than previously forecasted. After starting the year with estimates between US$710 and US$760 million, remaining project costs rose to between US$1.2 and US$1.3 billion in May and are now placed at US$1.3 billion. Production is now expected to begin in early 2024 as opposed to late 2023.

August marks the induction of Phillip Mackey into the Canadian Mining Hall of Fame, who notably advanced copper smelting and refining technologies. In our Q&A, Mackey offered insights into his career, as well as his thoughts on the future of copper and Canada’s contribution to its production. In his opinion, Canada has the opportunity to play a key role in the improvement of copper ore recovery technology, as energy transition drives demand and grades decline.

Nova Scotia’s Environment Department approved a request by Australian company St Barbara to raise the wall around the tailings waste at its Touquoy gold mine in Moose River, as reported by CBC. While the company said in June that failure to get the approval would result in suspension of operations, the life of mine has now been extended to the end of 2023. Critics of the decision have pointed out that the request did not go through the usual environmental assessment channels, raising safety concerns.

The former head of JPMorgan’s precious-metals business Michael Nowak and Gregg Smith, one of his gold traders, were both found guilty of manipulating the market for years through spoofing orders, as reported by Bloomberg. The pair moved precious metals prices for profit from 2008 to 2016, resulting in convictions of fraud, spoofing and market manipulation. Both now face decades in prison, with sentencing expected for next year.

Tesla is lobbying the Ontario government to build an advanced manufacturing facility in the province, as reported by Reuters. The official filing with the Integrity Commissioner indicates that Tesla is looking to work with the government to identify “opportunities for industrial facility permitting reforms.” Tesla’s interest comes amid sustained momentum to build Ontario’s electric vehicle supply chain.

Two miners who were trapped in an underground mine for 10 days in the Dominican Republic were rescued thanks to Canadian help after the Royal Canadian Air Force flew in equipment for assistance, as reported by City News. The equipment, provided by Val-d’Or-based Machines Roger International, was sent to Santo Domingo after the Dominican government requested assistance from Canada in the rescue.

More second quarter reports came out this week. Here are the highlights:

Taseko produced 20.7 million pounds of copper at a total operating cost of $3.47 per pound during Q2. It also suffered a net loss of $5.3 million.

Imperial Metals registered a net loss of $29.3 million. The company produced 22 million pounds of copper and 19,540 ounces of gold and is continuing the commissioning work to bring the Mount Polley mine back online.

Wesdome’s gold production was of 27,240 ounces at an AISC of US$1,582 per ounce. The company reported a net loss of $14.3 million this quarter. The company’s Eagle River mine saw 40 per cent reduced production compared to Q2 2021 due a manufacturing defect on its new hoist rope and a failure of one of its leach tanks.

McEwen Mining produced 36,100 gold equivalent ounces (GEOs), its highest quarterly production in over three years, at an AISC of US$1,290 per GEO. It also reported a net loss of US$12.4 million.