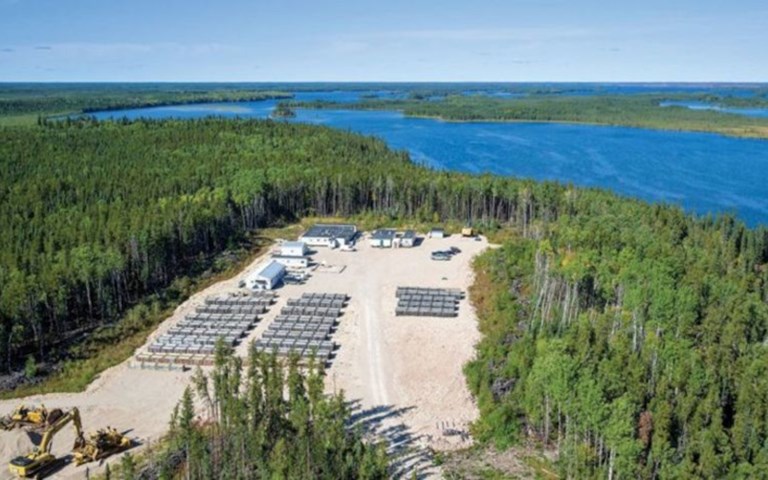 Welcome back to your weekly mining news recap, where we catch you up on some of the news you may have missed. This week’s headlines include longstanding Teck CEO Don Lindsay prepares to depart, the GCM and Aris Gold merger and new developments at Las Bambas.

Teck Resources President and CEO Don Lindsay will be stepping down on September 30 after 17 years with the company, bringing a multi-year succession process to its culmination. Lindsay will remain on the board into the second quarter of 2023 to support the transition as Jonathan Price and Harry “Red” Conger step into the roles of CEO and president, respectively, while also joining the board. “I am extremely proud of what has been achieved during my tenure,” said Lindsay, who is exiting after four consecutive record-setting quarters at Teck.

It was a big week in coal for Glencore, who sold off its minority stake in Yancoal Australia in a US$293 million block trade and also took on a coal supply deal with Japan’s Nippon Steel at a price among the highest ever paid in the country, as reported by Mining Technology. As for the Nippon Steel deal, Glencore will be supplying the company with thermal coal at US$375 per tonne, three times the value of similar deals in Japan.

Meanwhile, in China, a new state-owned organization named China Mineral Resources Group has been created to centralize the country’s billion-tonne iron ore trade as Beijing moves to secure its negotiating power amid the unfriendly international scene, as reported by Mining.com. There are around 500 steel mills in the country, which imports 1.1 billion tons of iron ore annually. Last year, the cost of those imports totalled US$180 billion. The group’s mandate includes mining, ore processing and trading, resulting in one of the most significant iron-ore market shake-ups of the last decade.

GCM Mining and Aris Gold announced a merger setting them up to form the largest gold company in Colombia, while retaining the name Aris Gold Corporation, and holding assets in Guyana and Canada. GCM already owns 44.3 per cent of Aris Gold Shares and will be purchasing outstanding shares at a non-premium ratio of half a common share of GCM for one common share of Aris Gold. The company will debut with a combined cash and committed funding figuring at US$657 million.

With the cost of production increasing due to a number of circumstances over the past few months, major companies are now reporting lower profits. Anglo American’s first-half earnings are down by a little over a quarter compared to last year thanks to extreme weather, as reported by Reuters. The interim dividend per share is now US$1.24, as opposed to last year’s US$1.71, which made for a record shareholder payout of US$6.2 billion in 2021. Due to inflation, profits are also down at Rio Tinto and Freeport-McMoRan.

A new S&P Global Oil Sands Dialogue forecast points out that while the Russian invasion of Ukraine has incentivized oil sands production in Canada in the short-term, the long-term outlook has not been fundamentally affected. The 10-year forecast expects production to reach 3.5 million barrels a day in 2030, an increase of around half a million barrels per day compared to 2021. Investors are also expected to favour projects that are already online over new developments, identifying better free cashflow potential in established operations.

Electra Battery Materials has signed a benefits agreement with the Métis Nation of Ontario concerning its Temiskaming refinery, which it aims to build out into a battery metals industrial park, as reported by Northern Ontario Business. The deal details future employment opportunities, training and business procurement while also issuing 20,000 common shares of the refinery to the nation. The plant is expected to be commissioned by the end of this year, when it will start refining cobalt.

In further battery news, Foran Mining chose Sandvik to supply its McIlvenna Bay project in Saskatchewan with a fleet of 20 battery-electric vehicles (BEVs), aiming to create the world’s first carbon-neutral copper development project. Trucks, loaders, drills and a mechanical bolter are all part of the order, which is scheduled to be delivered starting next year and continuing through 2025. Foran intends for McIlvenna Bay to supply copper and zinc not only with net-zero emissions, but with a net-positive climate impact.

Following a long streak of disruptive protests at Las Bambas, MMG is now considering giving annuity-type payments to Peruvian communities instead of one-time payouts, as reported by Mining.com. Neighbouring impoverished Indigenous communities have protested the lack of financial benefits they receive from the mine, which is responsible for one per cent of the country’s GDP since its opening in 2016, leading to a 50-day shutdown earlier this year. The lump-sum system continues while negotiations remain ongoing.