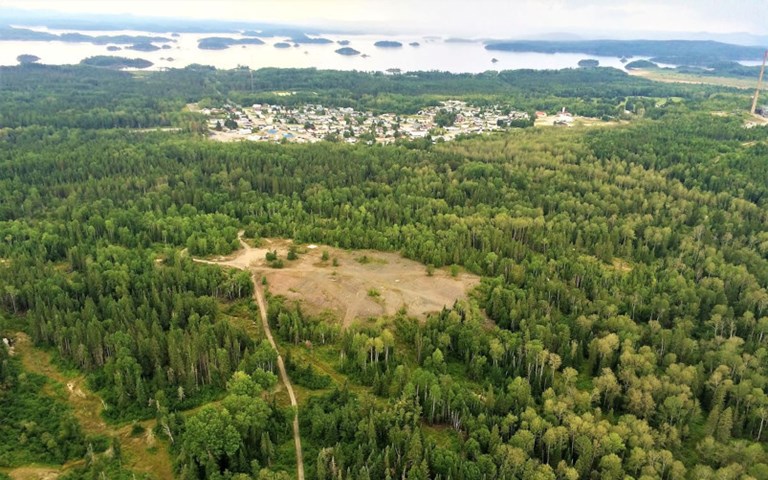 Welcome back to your weekly mining news recap, where we catch you up on some of the news you may have missed. This week’s headlines include two fires at Manitoba’s Lalor Mine, the next steps for Laurentian University and Nova Scotia’s Donkin mine restarts operations.

In the early hours of Sunday, a tailings dam located at South Africa’s Jagersfontein diamond mine collapsed, causing heavy flooding that killed at least three people, as reported by Fortune. It’s estimated that nine houses were swept away and 20 were damaged by the flooding. Reuters reports that Dubai-based company Stargems Group currently owns the Jagersfontein complex, though its pit was last mined by De Beers in the 1970s. Tailings from a separate section of the tailings storage facility will be dumped into the pit with the intent of preventing another dam breach.

Agnico Eagle announced it would purchase a US$580 million, 50-per cent interest in Minas de San Nicolás, a Teck Resources subsidiary which owns the San Nicolás copper-zinc project in Zacatecas, Mexico. According to Agnico CEO Ammar Al-Joundi, the gold miner’s “project development, permitting and construction experience in Mexico, combined with Teck's base metals expertise, operating excellence and marketing leadership, are complementary skillsets and will contribute to the timely and successful development and operation of San Nicolás.”

As oil demand rises after a difficult period following the pandemic, many are left wondering about the future of Alberta’s oil sands and the role that producers play when it comes to climate action and energy security. Companies divesting from the oil sands and potential challenges from insurance companies raise questions, but a focus on reducing greenhouse gas emissions and  the strategic importance of domestic oil could lead to a new era for the industry.

A mine manager at Trevali Mining’s Perkoa mine was given a 24-month suspended sentence, while a manager from Trevali’s mining contractor Byrnecut was handed a 12-month suspended sentence after a court in Burkina Faso found them guilty of involuntary manslaughter, as reported by CTV News. Eight workers died in April when heavy rainfall flooded the underground workings of the Perkoa zinc mine. Trevali, which put its Caribou mine in New Brunswick under care and maintenance in August, is under creditor protection and will be delisted from the Toronto Stock Exchange in October.

Newmont announced that the investment decision for its US$2 billion Peruvian Yanacocha sulfides project would be delayed until the latter half of 2024, as reported by Reuters. The company said its decision for the delay was due to market conditions, including “the ongoing war in Ukraine, record inflation, rising prices of commodities and raw materials, prolonged supply-chain disruptions and competitive labour markets.”

Nova Scotia’s Donkin coal mine has resumed operations two years after receiving multiple government stop-work orders due to a roof fall, as reported by The Toronto Star.  The roof fall, that took place in February 2020, resulted in no injuries. Regular announced and unannounced inspections of the mine, owned by Kameron Coal Management Limited, will continue to be conducted by Nova Scotia’s Labour Department.

A crucial vote for Laurentian University’s future was cast this week, resulting in over 87 per cent of creditors voting in favour of the school’s plan of arrangement, as reported by CBC. Laurentian filed for insolvency in Feb. 2021, a first for publicly funded university in the country. The university’s plan of arrangement involves paying back a fraction of the debt that is owed. In May, the Ontario government said it would buy real estate owned by the Sudbury-based institution, with the proceeds of the sale being distributed to the university’s creditors.

A fire on a scoop-tram at Manitoba’s Lalor mine that forced 177 workers to be evacuated on Wednesday, flared up again on Thursday morning forcing a second evacuation, as reported by CBC. No injuries were reported following the two fires. The province’s workplace safety authority will be investigating the incident.