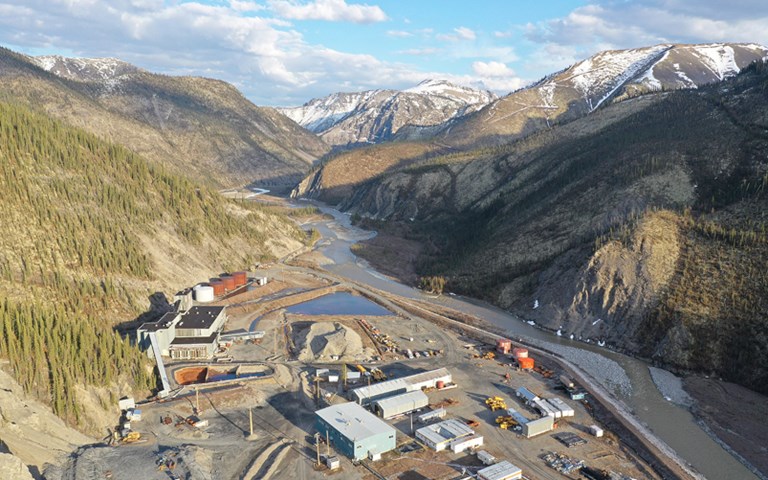 NorZinc's Prairie Creek project in the Northwest Territories is expected to have a throughput of 2,400 tonnes per day. Courtesy of NorZinc.

Welcome back to your weekly mining news recap, where we catch you up on some of the news you may have missed. This week’s headlines include ESG concerns brought on by Russia’s invasion of Ukraine, Copper Mountain improving its reserves, and a new framework aimed at guiding the inclusion of indigenous knowledge during mining projects.

Quebec’s reputation as a gold mining hub is untarnished, with discoveries in the James Bay region of the province offering lots of potential for the future. Changing market demands and strong government support, however, are improving the prospects for green energy commodities as well.

Last year, five of Canada’s largest oil producers shared that they would be launching the Pathways Alliance, with the goal of achieving net-zero greenhouse gas emissions from oilsands operations by 2050. A new analysis from the Pembina Institute, though, indicates that Canadian oil and gas companies are not using their record profits to invest in decarbonization, as reported by CBC News. Instead, the analysis reflected that the companies have been putting their record profits towards share re-purchases and dividend payments.

A new framework aimed at guiding the inclusion of Indigenous knowledge in impact assessments for mining projects has been created by the Government of Canada, as reported by Canada Mining Journal. The framework was drafted in partnership with 79 Indigenous communities and organizations from across the country. It provides operators with a principles-based approach to consistently support the use of Indigenous knowledge in project reviews and regulatory decisions.

Enbridge Inc. is set to sell a $1.12 billion minority stake in seven Alberta oil pipelines to a group of Indigenous communities, as reported by Reuters. The company highlighted that this partnership is considered to be North America's largest energy-related Aboriginal partnership to date. A recently formed entity consisting of 23 First Nations and Métis communities known as Athabasca Indigenous Investments will purchase the 11.57 per cent non-operating interest in the pipelines, located in Alberta’s Athabasca region.

Heavy sanctions following Russia’s invasion of Ukraine have made it impossible for mining companies from the west to operate in Russia and its ally Belarus, posing a problem for metal markets, as Russia remains a major source for several critical minerals. Due to a lack of access to Russia’s critical mineral reserves, operators may turn to other countries that have been shown by Verisk Maplecroft’s latest report to present environmental, social and governance risks of their own.

According to the results of EY’s “Top 10 business risks and opportunities for mining and metals in 2023” survey, ESG, geopolitics and climate change were considered to be the top three risks facing global mining and metals executives’ business over the coming 12 months, as reported by Mining.com. Respondents to the survey reported the war in Ukraine, climate events and new governments in mining regions as having a “substantial impact on the mining sector.”

Copper Mountain Mining shared updated resource estimates as well as a revised life of mine plan for its Copper Mountain mine, located in southern British Columbia. The update has the mine’s copper reserves rising 70 per cent and its life of mine increasing by over a decade. The mine will move towards a 65,000 tonne per day mill expansion which, according to president and CEO Gil Clausen, will be self-funded with cash flow generated from the mine.

Members of the International Council on Mining and Metals (ICMM) are planning a joint effort to test hydrogen and other zero-emission technologies in a bid to shift away from diesel-fueled vehicles, as reported by Bloomberg. Fifty sites are expected to be chosen in the next two months to establish a development network.

The Canada Nickel Company announced on Wednesday a major discovery on its Reid property, located north of Timmins, as reported by Northern Ontario Business. The company’s CEO Mark Selby explained that this new discovery is “90 per cent of the size of Crawford,” the company’s existing flagship deposit, which the company estimates is the fifth-largest nickel sulfide resource in the world.

NorZinc received a new water license from the Government of Northwest Territories, completing the permitting process for its Prairie Creek project. Prairie Creek has an expected throughput of 2,400 tonnes per day, and an estimated mine life of 20 years. The company expects to have all the approvals for Phase 1 of its all-season road in October 2022.