The challenge of rock stress in the dawning age of ultra-deep mining
By Christopher Pollon
April 04, 2017 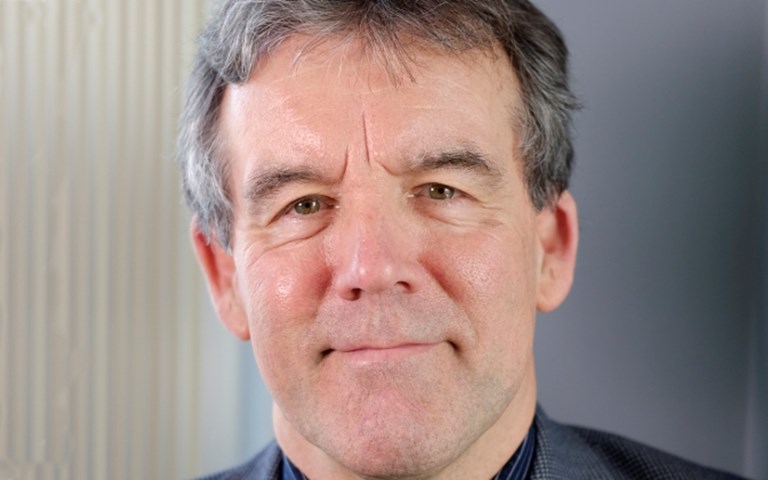 Ireland-born Damien Duff spends a lot of time thinking about how to make ultra-deep mines – defined roughly as mining below 2,500 metres (8,000 feet) – safer for people and more economic for companies. His deep mining research at the Centre for Excellence in Mining Innovation (CEMI), where he is a vice-president in charge of geosciences and geotechnical R&D, took on a new intensity in 2013 with the creation of the federally funded and industry-supported Ultra-Deep Mining Network (UDMN), which continues to focus on overcoming the biggest challenges inherent in the future trend of digging ever deeper.

CIM: What was your career path leading to your work with UDMN?

Duff: I was born and raised in Dublin, Ireland. I went to Laurentian University in 1979 to do my post-graduate degree in geology, largely because it’s located in the heart of Canada’s mining industry, and I wanted to learn something about the hard rock mining business. I started my first job in Timmins in 1981 for Pamour Porcupine Mines in underground mine geology roles there as well as in open pits, but transitioned into mine site exploration. By 1989 I moved to Falconbridge in Timmins and stayed with them through their transition to Xstrata, and finally Glencore in 2014.

CIM: How did you get interested in ultra-deep mining?

Duff: I worked at the Kidd mine in Timmins at a time when they constructed their now-famous ultra-deep extension to depth – the Mine D project. Before, Kidd reached 6,800 feet below surface, and now it’s about 9,800 feet. I participated in the feasibility study and initial development work for the deep ore body, and it became apparent that there were very significant challenges associated with digging deeper and that research gaps existed. I joined CEMI in 2008. The UDMN did not come around until 2013, but its time had come, let’s put it that way.

CIM: What are the challenges associated with digging ultra-deep mines?

Duff: The first and foremost challenge is dealing with rock stress and how that can impact human safety, productivity and mine economics.

Stress is an unseen force that exists in rocks (both shallow and deep) throughout the world, largely because of plate tectonics or continental drift. In a mine, there’s the sheer weight of the overlying rock, which increases the stress on any opening the deeper you dig. There’s also horizontal stress, which in places like Sudbury, for reasons not entirely clear, increases substantially at different depths and at different locations. Around Sudbury and Timmins, for example, the horizontal stress below 1,000 to 1,500 m markedly increases in intensity, whereas in Saskatchewan, for example, it does so at substantially shallower depths. But in this part of the world, below 1,500 m, where horizontal stress increases, we can expect an increase in the rate at which the rock fails as we tunnel. Furthermore, that rock is now behaving in a much more violent way when it fails, compared to failures at shallower depths.

CIM: So how are you working to manage these kinds of impacts?

Duff: We have six projects focused on reducing the risk associated with stress at depth, looking at unconventional ways to measure rock stress, ways to assess geotechnical hazard, and finally, proactive actions we can take to modify rock mass behaviour in advance of mining. In each of these areas, we are focused on trying to figure out easier, more cost-effective and quicker ways to know what the level of stress is in our underground mines at all times. UDMN is putting money largely into small- to medium-sized enterprises (SME), companies that from time to time will work with university researchers, but are being encouraged to produce commercializable products at the end of their projects with UDMN.

CIM: What is promising in terms of trying to measure deep mine stress, its magnitude and where it is coming from?

Duff: ESG Solutions is an SME based in Kingston, Ontario, which is looking at micro-seismic data that we already collect in most mines, but in a way that allows the evaluation of the location and magnitude of micro-seismic events caused by stress changes. By carefully analysing where tremors and vibrations occur in the mine, it’s possible to calculate the orientation of the principal stresses. Being aware of this can inform how we both operate and design our mines in the future.

In another project, the Institute of Mine Seismology (IMS) is looking beyond passive micro-seismic data in a mine. While ESG is listening to the vibrations in the rocks in the hopes of understanding the changing stress environment, IMS is installing an active seismic source of vibration with a specific signal, which can be readily separated and identified from all these other man-made vibrations in the mine. So it’s effectively a hammer they are putting into the mine, with a precisely known signal and location, which can be heard by a micro-seismic array employed underground. By listening to the changes occurring to the signal and assessing the clarity by which it can be heard, they can determine whether there are stress changes occurring in the rock mass in response to mining, and where they are occurring.

CIM: How can this information be used to inform how we mine?

Duff: The two different approaches are focused on better understanding how stress is changing underground as we mine. When we can understand that, we can better design our mines and select the appropriate ground-support strategies to lower the risk of disruptions. Better designed mines might mean our openings are a certain size and even constrained in size below a certain depth. And furthermore, those openings might ideally only be driven in a certain direction, at a certain rate.

CIM: What proactive ways have you looked at to dissipate rock stress in advance of ultra-deep mining?

Duff: There is a project being undertaken involving a major mining company’s operation in Sudbury, working with MIRARCO, looking at hydraulic fracturing to precondition the rock mass at a block scale by first micro-damaging it through the creation of cracks. After fracturing, it is filled with a series of micro-cracks and fractures, all of which interact with one another in such a way that stress is not able to build up to any extent and thus violently unpredictable behaviour is avoided. That means we are not forced to wait for one big failure, which otherwise could happen without this preconditioning. At a drift scale, the Itasca Consulting Group is also working to optimize current preconditioning approaches.

CIM: In the bigger picture, will digging deeper mines be a trend for the future as a result of having already mined resources closest to the surface? Is this a trend we will see more of in the decades to come?

Duff: It’s my view that it is a trend we will see more and more of. Most if not all of our established mining camps, at least in this part of the world, whether it’s Timmins, Sudbury, or many others, are all 100 years old, or close to that. This means that most of the possible near-surface ore body discoveries have likely been done and most of the future potential for new ore bodies likely lies at depth. Because established camps are so well explored, much of the future potential lies in figuring out a way to mine the known ore bodies at greater depths than we are currently capable of mining them. In many cases, these ore bodies are open to extreme depth – for example, at Kidd mine, they are only mining above 9,800 feet, but there’s a borehole in the ore body that goes down past 10,000 feet. Society needs the metals and we’ve got the resources at depth. Now we just need to figure out how to mine them safely and economically.