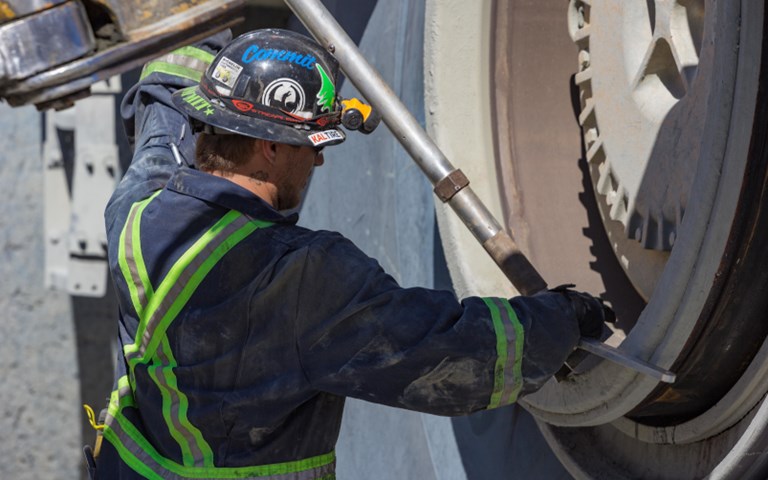 Rebuilding damaged tires rather than replacing them has proven to be a successful strategy for Copper Mountain Mining. Courtesy of Kal Tire

Between 2015 and 2017, less than 40 per cent of the tires taken out of service at Copper Mountain were worn out. The rest had met their demise prematurely due to what had become unrepairable injuries. That’s not surprising; haul trucks at Copper Mountain, a conventional open-pit, truck-and-shovel operation near Princeton in southern British Columbia, transport millions of tonnes of material annually. In any harsh, hard rock mine environment, even the most rugged tires are susceptible to severe damage.