A look at machine learning projects across the mining industry
By Alexandra Lopez-Pacheco
February 27, 2018 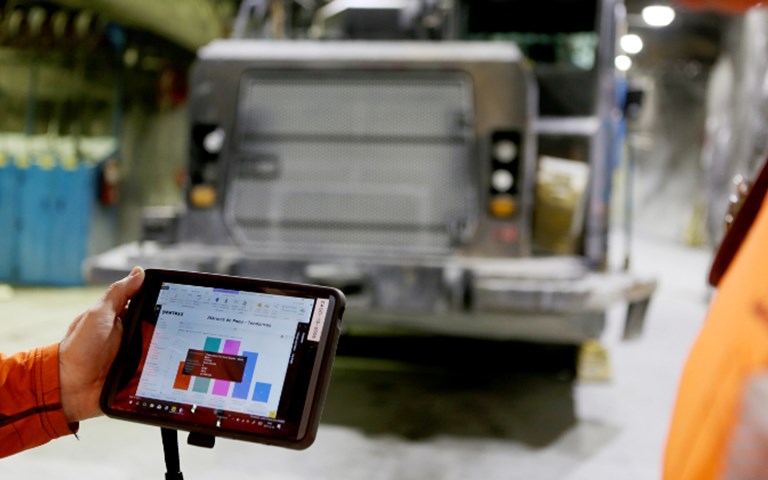 The mining industry has been sitting on a gold mine of data for years. But the problem has always been what to do with all that information. With recent advances in machine learning technology – the ability of computers to gather data and learn from it – many are now rushing to extract the enormous value within that data to improve everything from exploration to processing and smelting.

Many of these projects are too new to have results, and those that do are tied up in confidentiality agreements. It is clear nonetheless that the industry recognizes the potential of data mining.

“We spend $100 million every year on exploration,” said ‎Luis Canepari, vice-president of technology at ‎Goldcorp. “If we can find a way to predict better drilling targets more efficiently, it can have a direct effect on the balance sheet.” 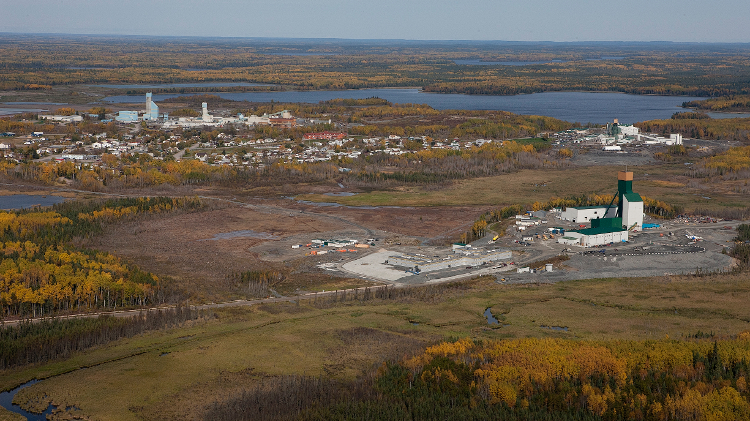 Aerial photograph of Goldcorp's Red Lake mine in Ontario. Courtesy of Goldcorp

To that end, Goldcorp teamed up with IBM last spring to use its Watson machine learning technology to help identify exploration targets at its Red Lake mine in Ontario. Since then, the project has concentrated on the onerous task of collecting and uploading more than 80 years’ worth of data on this historic gold mining district into the Watson database. “In the next six to nine months, we hope the machine will have its first set of targets,” said Canepari.

At that point, Goldcorp will begin drilling to test out the cognitive technology’s accuracy. “Even if we don’t hit the targets, the fact that we are enabling our geologists with this technology to be that much more efficient is a fantastic business case,” said Canepari.

Since winning first place in the 2016 Integra Gold Rush Challenge with its innovative prospectivity scoring system, SGS Canada has worked on some six projects with mining clients in North America and Africa, said Marc-Antoine Laporte, a project geologist with the company. The SGS system combines machine learning with traditional geological methods to produce targets.

The company has continued to improve its system to increase its adaptability to clients’ needs. Ideally, machine learning algorithms acquire the most knowledge and accuracy when they have access to an abundance of data, but that is not always realistic for every project. So SGS has added a second type of machine learning algorithm and a new classification tool to give the system greater adaptability to learn from different amounts and types of data.

While not always necessary, SGS can now “use the three in combination…to generate better results for our customers,” said Laporte.

According to Laporte, many of the company’s clients use the SGS prospectivity scoring system to compare with their own in-house targets. “That gives them an extra level of confidence to go drill and ask for more money,” he said. SGS has not yet published target drilling results from its clients.

A finalist in the 2017 Disrupt Mining Dragon’s Den-style expo, Goldspot CEO and director Denis Laviolette said he believes the company can turn exploration from an art into a science. To do so, he has built a team that includes geologists and geochemists in addition to data scientists. “We learned early that using technology-type people only for developing a set of algorithms and machine learning isn’t enough,” said Laviolette.

For the competition, Goldspot gathered all available public data related to the 1,470 known deposits in Quebec’s Abitibi region and homogenized it. This included everything from drilling information to maps and geochemical data. “We wanted to train the computer on existing deposits, so it can draw correlations to identify the fingerprints,” said Laviolette. “Then we set it loose to generate prospectivity across the province.” 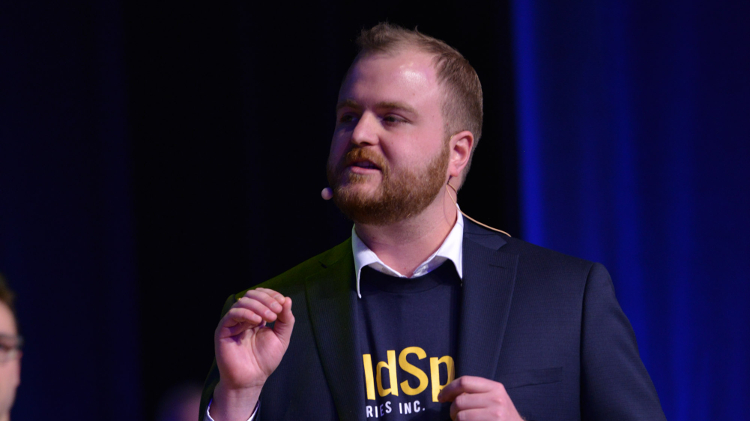 The result was a prospectivity map. The company staked a few of the open targets itself, which it plans to use to validate the work.  Since the competition, Goldspot has worked with a number of clients in North and South America, including a historical mining site in Nevada. Confidentiality agreements prevent the company from divulging details of its findings but Laviolette said clients have been pleased with the results. One such client, U.K.-based Hochschild Mining, recently took an equity interest in Goldspot.

Since last March, Newtrax Technologies has been working with the Montreal-based Institute for Data Valorisation (IVADO), a consortium of more than 1,000 data scientists. Together they are developing machine learning pilot projects for underground mines using open source algorithms. The objective is to test the quality of existing data sets to better understand the extent to which they will bring value to underground mining customers.

It was a natural step for the company, a provider of safety and operations management wireless devices and systems for underground hard rock mines, given that its sensor-based technology has been capturing data for its clients for years. With the right machine learning algorithms, Newtrax can potentially analyze that data to better understand equipment failure.

The company is currently focused on an algorithm for vehicle maintenance. “We’re trying to predict if things will break or fail on the vehicle,” said Michel Dubois, vice-president of quality assurance. “We have some preliminary results on one mine site in Quebec and it’s looking very promising.”

Based in Australia, PETRA Data Science has developed a suite of machine learning algorithms for process performance prediction and preventative maintenance. One of those, FORESTALL, was a finalist in the Austmine 2017 Awards’ METS Innovation category. It is currently live on mine sites in Australia and Papua New Guinea.

PETRA’s anomaly detection algorithms use sensor data from fixed plant machines to predict failures. When deployed on conveyors, for example, these algorithms predict 70 per cent of failures an hour in advance. The company’s machine learning preventative maintenance and process performance algorithms for pumps, valves, SAG mills and high-pressure grinding rollers look outside the equipment itself, examining data from upstream equipment as well as ore characteristics. 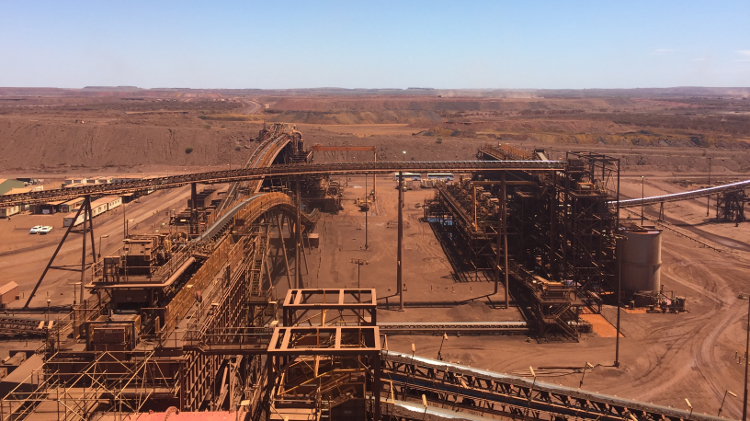 The company has also created more complex algorithms that use 3D data to track ore and analyze everything from a site’s dispatch, drilling and weather data to fragmentation and rock size distribution using LiDAR data. “We can basically run the whole mining sequence throughout the simulation and then we use machine learning to develop predictive models for how that ore is going to behave in the processing plant,” said Penny Stewart, PETRA’s managing director.

“The process to produce aluminum is more than 135 years old,” said Gervais Jacques, managing director for Rio Tinto’s aluminum assets in the Atlantic (which includes France, the U.K., Iceland, Quebec, and British Columbia). “And we’ve been operating pretty much the same way, which is setting an alarm, waiting and reacting.”

This is about to change. Last year, Rio Tinto partnered with IT company CGI to launch a preventative maintenance and optimization machine learning project at its Aluminum Operational Centre in the Saguenay – Lac-Saint-Jean region of Quebec. “Together we are moving from being reactive to being proactive and analyzing all the data,” said Jacques.

The project involves tracking more than 2,000 parameters on each reduction cell, or “pot,” operated by the centre. “We have 3,200 pots so you can imagine all the data that needs to be analyzed,” said Jacques.

But it is not simply about adding a new tool to the old way of doing things. Machine learning is a potential source of continuous improvement as the algorithms learn from new data that is generated.

In the final phase of the four-year project, CGI will work with Rio Tinto to develop a more agile operation that can quickly and fully leverage new insights on an ongoing basis.

“We have so much data and so many things that we can analyze and learn from to improve our way of operating,” said Jacques. “It’s quite exciting. I think we are at the beginning of a big journey.”