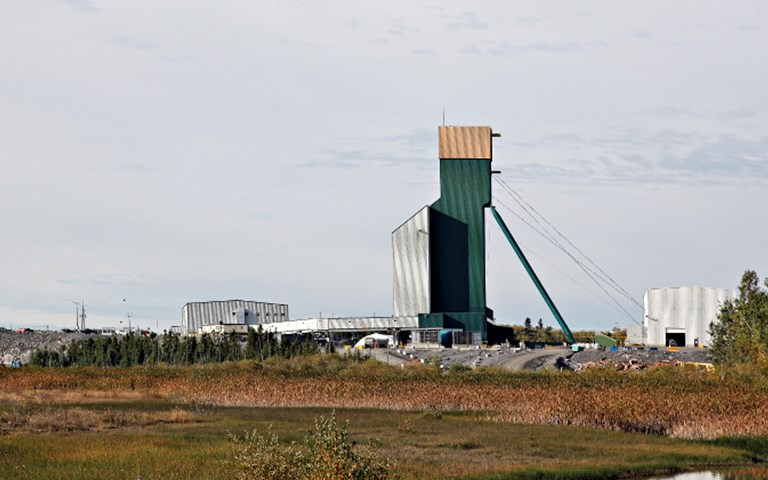 IBM's Watson was tasked with analyzing 80 years’ worth of data at Red Lake, pictured, to help geologists determine what areas might be valuable for exploration work. Courtesy of Goldcorp

Processing data at Goldcorp’s Red Lake mine in Ontario became 97 per cent more efficient for geologists after using IBM Canada’s Watson cognitive technology at the site for a year.

Watson was tasked with analyzing 80 years’ worth of data at Red Lake to help geologists determine what areas might be valuable for exploration work. The project was announced at last year’s PDAC convention.

In the first phase of the project, from March to September of last year, data, including drill logs and block models, were uploaded to Watson and IBM built algorithms to start querying it.

Since September, Goldcorp’s geologists have been testing Watson’s results by determining the answers to queries themselves and comparing them to what Watson has suggested. In the process, they determined that the traditional way of analyzing data took Red Lake’s geologists around 165 hours; for Watson to perform the same work, it was around four and a half.

“All the work that geologists had to do before to interpret maps, look at different characteristics in the ore body, those have all been simplified,” said Luis Canepari, Goldcorp’s vice-president of technology. “Watson is identifying all those opportunities faster than we could manually.”

In the project’s second phase, which has already begun, IBM is working with Goldcorp’s geologists to determine what questions they want Watson to answer. “Now that you have all this data and all this insight, what are the questions you ask,” said IBM Global Business Services partner Mark Fawcett. “What do you do when you have this?”

Related: Machine learning projects are catching on throughout the mining industry. Here’s what companies are working on

The company is also building predictive models to look for high grade zones, specifically looking at areas of the site that had been previously discounted as unlikely to yield them. “In a traditional process there’s human bias,” Fawcett said. “Now being able to go and pull that data in, remove the bias, we’ll be able to look at it and have an independent view.”

Watson will also look at the data in new ways to attempt to find new patterns, Canepari said.

Fawcett said the goal of Watson is not to replace geologists, but to help them do their jobs better. “Watson’s never going to make the decision for you, it’s going to give a recommendation with a predicted probability,” he said. “Then the geologists can ask different questions and get more information that would maybe help with the decision. That decision will have a higher probability [of accuracy] because they spent more time doing deep analysis.”

Canepari said eventually the Watson technology could be used to incorporate data from other Goldcorp sites and attempt to find patterns across multiple mines. “What’s successful in Red Lake could be successful in another mine in Ontario that we hadn’t been thinking about,” he said. He also suggested the technology could eventually be used when considering potential acquisitions.

“I believe that’s where things are headed,” Canepari said. “I think it’s inevitable, with the amount of data you have to understand in such a short period of time for acquiring a new mine. This could give you some insights that could impact the value of those properties.”