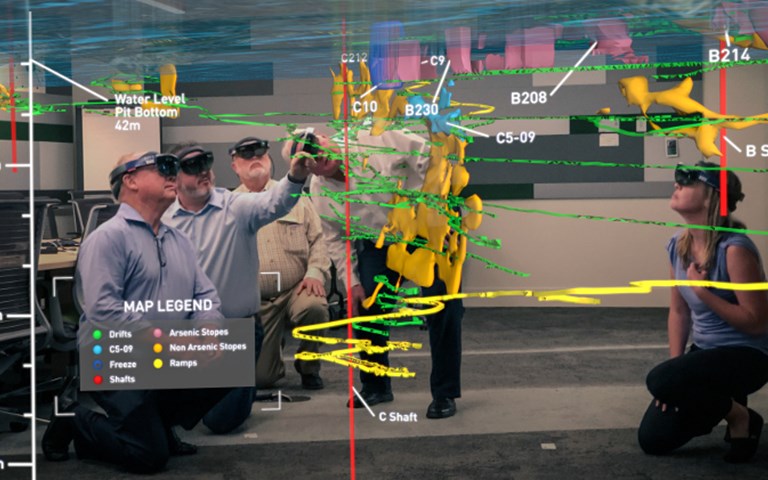 Microsoft released the HoloLens goggles, the world’s first commercialized mixed reality holographic computer, in March 2016. Less than a year later, Vancouver-based BGC Engineering had already developed an applied earth sciences software platform for the HoloLens that it calls Ada, which transforms complex engineering data and plans into 3D models. The HoloLens, which has the capabilities for both virtual reality (VR) and augmented reality (AR), is one of those technologies where seeing makes people believers, Matthew Lato, a geotechnical engineer with BGC, told CIM Magazine in September 2017. People just have to look through the HoloLens and they are convinced of its potential, he said. At the time, Lato also said he believed Ada-enabled HoloLenses could become a powerful communication tool for community engagement and consultation. A year later, both of Lato’s predictions have proven to be correct.