The growing evidence that willow trees could help clean up contaminated soil
By Christopher Pollon
May 24, 2018 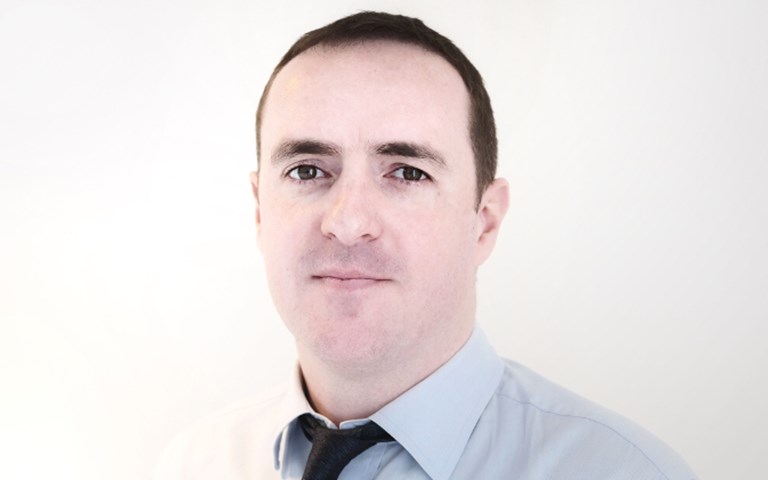 Université de Montréal plant biologist Nicholas Brereton is preoccupied with the science behind phytoremediation – the way that some plants, like willow trees, can tolerate and even remove heavy metals and hydrocarbons from contaminated sites. CIM Magazine spoke with Brereton about this multidisciplinary endeavour and the revolutionary potential of nature to inexpensively clean up soil and water.

CIM: How did you get interested in the practical applications of plants?

Brereton: I grew up in Stoke-on-Trent, a city near Manchester in the UK. I got my PhD at Imperial College London, where I ran a biomass analytics facility with lots of different crops, like grasses and really fast-growing trees, which got me into looking at willows. Later I worked at Rothamsted Research, the oldest agricultural college in the world. My work there included growing trees in sand, which is a really challenging environment that helps you understand the basics of what life needs in order to grow.

CIM: How can willow trees help clean up contaminated sites?

Brereton: We’ve got vast swathes of brownfield land across North America and the world where nothing grows, and it’s very expensive to clean up. Usually, it’s left as it is. Willows are incredibly tolerant – in numbers they can gobble up a lot of the metal in soil, and sometimes they just immobilize it. You can’t really batter them and they grow incredibly quickly.

CIM: You have spent a lot of time trying to figure out how willows interact with bacteria, fungi and other organisms in their immediate environment to clean up hydrocarbons and heavy metals. What do you think is going on down there?

Brereton: We don’t understand most of the chemistry that allows willows to tolerate a lot of these contaminants. About a fifth of the organisms I have found below ground interacting with the willow roots are unknown to science. We suspect that things like fungi and bacteria in the soil produce chemicals to help degrade hydrocarbons, for example, and along the way exchange and repackage nitrogen into a form that willows can use. In return, the willow gives the fungi sugar.

CIM: So how can willow plantations be put to use on a contaminated site?

Brereton: You can get very high yields of these fast-growing trees over the short term on a site. The water uptake of willows is between five and 10 million litres per hectare per year, which is really high. One of my first discoveries was that we can take all this wood and use it to make clean, sustainable bioenergy, including things like bioethanol. Trees are made of 70 per cent sugar, so it’s near pure energy that is there, and sugar is the basic resource for any sort of microbe you want to grow, or for fermentation to make any bioethanol. As well, the plant has evolved very complex chemistry, in which it produces and exudes about 8,000 chemicals, which allows it to manipulate the environment to survive. We can extract some of them to sell – I’m talking about green chemicals like antioxidants and essential oils. What you can do is make a decision to improve the land from an environmental perspective, as well as get green chemicals from it and potentially renewable bioenergy. And for sites that have been brownfields for decades, you are creating green forests as well. So there are a lot of different areas of science there that we’re pulling together.

Related: Microbes are finally getting the respect they deserve for their role in remediation

CIM: You say these are fast-growing plantations. How fast?

Brereton: Depending on which kind of willow, they can grow to five or six metres tall. So in our field plantations, we aim for 15 tonnes per hectare per year, harvesting every three years. We have a lot of cold-tolerant varieties, which is also quite useful and helpful.

CIM: What is a typical approach taken by a company for using willow plantations on a site?

Brereton: There are two different approaches for growing willow plantations on very challenged land, often contaminated by organic hydrocarbons or metals. Much of this land is left fallow because the strategy to clean it up is usually “dig and dump” [digging up contaminated soil and moving it offsite], which is very expensive. So one of the strategies is to grow plantations on this land. The other approach involves dealing with waste water, such as a tailings pond. One of the ways of doing that is to drip feed the tailings through the willow plantation, which will capture almost everything, to be potentially removed at harvest.

CIM: How do you establish a willow plantation on a site?

Brereton: We plant cuttings, so it’s just a bit of stem you put in the ground. The stem must then put a canopy out and establish a root system. If the site is really polluted, the hardest part is that first year. That’s why most of these brownfields have just a little bit of scrub growing. You don’t get forests taking over naturally on any of these brownfield sites or anything too challenged. But if the roots of the willow can get established, you can have such environments, and they will do fine.

CIM: Which plants other than willows are promising for use at remediated sites?

Brereton: There are grasses called festuca that can accumulate metals – one of my PhD students is doing an experiment right now with arsenic in water and soil, really battering them and quantifying how much they can uptake. The grass’s internal biology has the capacity to tolerate such high concentrations of metals – it’s 100-fold larger than anything else.

CIM: Why have things like festuca grass and willow trees evolved to tolerate toxins that most other life cannot?

Brereton: A willow growing in really contaminated soil seems to be better defended against attack by things like aphids and spider mites, which is one of the reasons why they have such high yields. Insects hate all those toxic chemicals. Things like festuca can use metals to be distasteful to the pests that are trying to eat them.

CIM: Can you give me an example of a project you’ve been working on?

Brereton: We’ve got a project working with the leachate from a landfill, which is one of the most diverse contaminants, with every nasty thing you could imagine in it. We’ve also got a shared project in Shanghai, where something like 95 per cent of the area of the city is above health limits for zinc in the soil. The trial over there is a single hectare of land; it’s only a research plantation. But we have recently received new funding from Quebec and the Chinese government supporting more research, as the potential seems extensive in China, where pollution is a very pressing issue.

CIM: I presume there are many different kinds of willows. Are some better than others at specific tasks?

Brereton: Yes. There are about 400 different species. But there are different varieties – one genotype might be good for antioxidant production, or for essential oil production, some willows are spectacular for biofuels, and others pick up different contaminants. Some will grow massive, some less so.

CIM: What are the prospects of ramping up the use of willows and other plants to clean up contaminated sites in the future?

Brereton: The next big question is how much can we take this forward and really exploit it. Mines currently do a lot of pre-processing or engineering for waste water and mine tailings, which is very costly and expensive, and potentially we don’t have to do this. I don’t see why we can’t replace a lot of the conventional engineering that is currently doing that. But we are still quite ignorant of how it works and need to better understand it. As a scientist, I will always be saying we need to do more research.