Master of many tradesCarolyn Ren is an expert in multiple engineering fields, an award-winning researcher and has co-founded two corporations

Carolyn Ren is an expert in multiple engineering fields, an award-winning researcher and has co-founded two corporations
By Anne Millar and Mary Wells
July 24, 2018 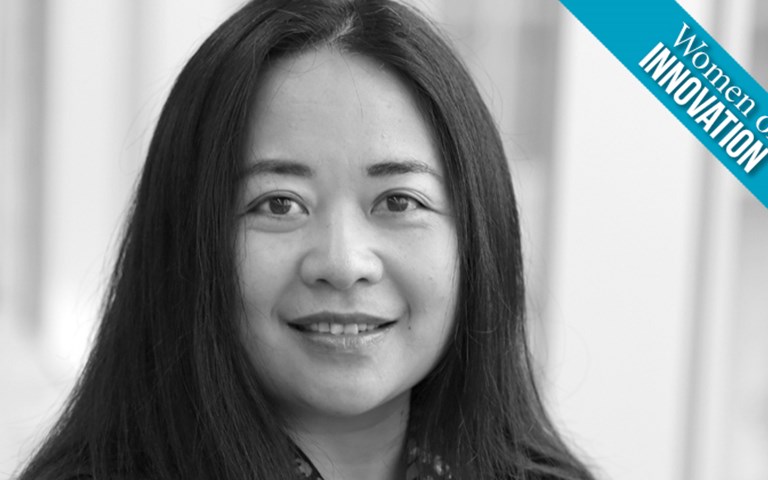 Carolyn Ren has a background in mechanical engineering and is a pioneering leader in the field of microfluidics. She is currently a professor in the Department of Mechanical and Mechatronics Engineering at the University of Waterloo and the Canada Research Chair in Lab-on-a-Chip Technology. She holds three patents and is an internationally-recognized expert in microfluidics, lab-on-a-chip devices, electrokinetics, and interfacial phenomena. Her innovative research has the potential to significantly reduce the costs of healthcare and environmental protection in Canada. Additionally, Carolyn has co-founded two corporations: Advanced Electrophoresis Solutions Limited and QuantWave Technologies Incorporated.

Was it always expected that you would go to university? The place where I was born was very poor. The school wasn’t good. My dad said he observed that very, very smart kids only ever learned some skills — sewing for example — and then they would find a job. That’s why when I was six years old, my dad moved the whole family down to the area where I grew up. My dad said, “We have to do it for your education. We have to try.” He switched jobs. There was a key high school. You had to be really competitive to get into that school. There were ten classes in the school and if you got into the top two, you were basically guaranteed a spot at university because they were so competitive. When I was young, people always asked my dad, “Can my son marry your daughter?” My dad always said, “My daughter will go to university. If your son goes to university, then they can marry.” My dad insisted I should go to university. At that time, only a very, very small percentage of people went to university.

Did you have a natural aptitude for math and science? I was very good in chemistry, physics, and math. I probably wasn’t the smartest one who responded instantaneously with the best answer, but with work and practice, you can be really good. In high school physics, I remember the first year was all about forces. After the physics lecture, we were all gathered at the front door and the girls were saying, “This is so tough. We don’t belong here.” I didn’t feel that way. Sometimes I found it was a bit overwhelming, but I just thought about it logically and I practiced. I guess it was that I was not afraid of anything. I remember when I was young, my dad bought a recorder, it cost a huge amount of money, one hundred dollars or something, and my dad was earning probably around seventy-five dollars per month. It was a very special piece. My dad bought some cassettes. I was amazed that you just pressed this button and the machine started working. I really wanted to see what was inside and to see how the cassettes played, so I opened up everything, but then I couldn’t put it back together. I think it’s that type of thing; I wasn’t scared of touching anything.

Why did you choose to pursue engineering? I believe your parents’ expectations are a key influencer. My dad was always really curious and willing to learn. When I was young, his company imported a car from Japan. At that time, there were not many cars from Japan. Nobody could really operate the car. I remember my dad broke down each piece and learned it. I really admired that. Later, if people had a problem with their car, they asked my dad to sit in the car to listen to the engine and my dad would say, “That’s the problem!” It was amazing. My dad would tell me, “You just have to open it up and figure out the problem.” I think that probably made me feel that it was not too hard. My dad really influenced me. He said, “You’re not an arts person. You will like engineering.” Also, in China, with an engineering degree you can find a good job. Engineers are highly respected as problem solvers.

Why did you choose to pursue graduate studies? In China at the time, we paid nothing to go to university. The government paid for everything: dorm, food, textbooks. So when I went to school, everything was free. They guaranteed you multiple job offers, but the downside was that you had to choose among these offers, you couldn’t choose whatever you wanted. I received three job offers but I didn’t like the jobs. I grew up in a very small town. I always wanted to go out and see different things. The three jobs they offered me were back in my hometown. I didn’t want to go back. I really wanted to see new things. The only choice for me was to go to graduate school. You had no money. You had no power. That was the only way I could change my life, so I went to grad school.

What factors have encouraged your success? I’m not afraid of doing things and I’m confident that I can do it. It’s also important to have colleagues who can learn from each other and who encourage you to do things better. You have to take the opportunities to learn. I always try to learn.

What are you most proud of in your career? I isolate the problems. Regardless of how you react, the problems are always there. You have to find a way to solve them. Sometimes it is overwhelming but other times it has inspired me. My daughter, Elaine, will say, “You work too hard.” I say, “Yes, because I like it and I have discovered that I can help people.” I try to implement new ideas. Everybody has a different talent. That’s what I have. Very often I feel proud that I haven’t abused what talent I have. I haven’t wasted it. I try to use it to help.

What challenges do women face in engineering? I think for women the balance of career and family is a huge challenge. Women take on more.

How do you view yourself as an innovator? Every time I have a problem, I’ll think, “Did I think of the best way to solve the problem?” I also believe that what I develop should be applicable to other people. My early research award, for example, dealt with water contamination. I try to develop a platform for the technologies I develop that can be applied to a variety of areas. But once the technology stabilizes and it’s not really new stuff and it just needs tuning to become better and better, then I lose interest. I’m interested in the ideas and new developments. I see sometimes that my male colleagues are pretty centered in their area. They’re very strong in their field. If you ask a fluids question to those from fluids, for example, they will probably answer better than me, but they are limited by their funding and by their applications because their focus is too narrow. For me, I will see clearly that my research can be applied to other areas. I can see all the areas and make connections.

Where do you believe you have been most innovative in your work? I just co-founded a second company called QuantWave. I believe this is going to help solve a problem. It uses microwave technology coupled with microfluidics. Our major demand comes from the food industry, we will solve their problems first, and then we will move on to metal contamination of water. I went to the milk sector in Ontario, they have a very advanced German machine and they don’t want to change their process. It is hard to change the food industry. We set up the tone that we are not replacing their existing system; instead, we want to contribute something that their existing system cannot do. My system is liquid, field deployable, and will check for bacteria. For water, we can actually defractionate the metal contamination for the mining industry.

How can we encourage more young women to pursue a STEM-related career? We have to encourage girls to take risks and to challenge themselves. Boys are more encouraged by teachers, their parents, and society to excel in science and math. Mothers play an important role. I find it is really important for mothers to encourage their daughters. Whenever I validate my daughter, she feels good and she continues to take on challenges.

I recently met one family, their daughter is entering our electrical engineering program. She is really good. I just met her Sunday and her mom said, “No, you shouldn’t go into electrical engineering because it is a hard subject and when you grow older, the boys will be stronger than you.” Mothers don’t want their daughter’s lives to be hard, but that’s not right. If there is something really inspiring, you can always face challenges, regardless of what you do. Whether you play the piano or enter a profession, there are always going to be challenges. You just have to face it, and you have to work to solve the problem. I think my mom taught me not to be afraid to make mistakes.

What advice would you give to a young woman considering a career in engineering? Believe in yourself and don’t be afraid to make mistakes. If you think it, just do it. You have a different perspective. Build a team and do the work.

To read more about Carolyn and the other Women of Innovation, purchase the book here.

Next: Goldie Nejat creates helpers for helpers
Nejat's passion for engineering and healthcare led her to the study of assistive robots