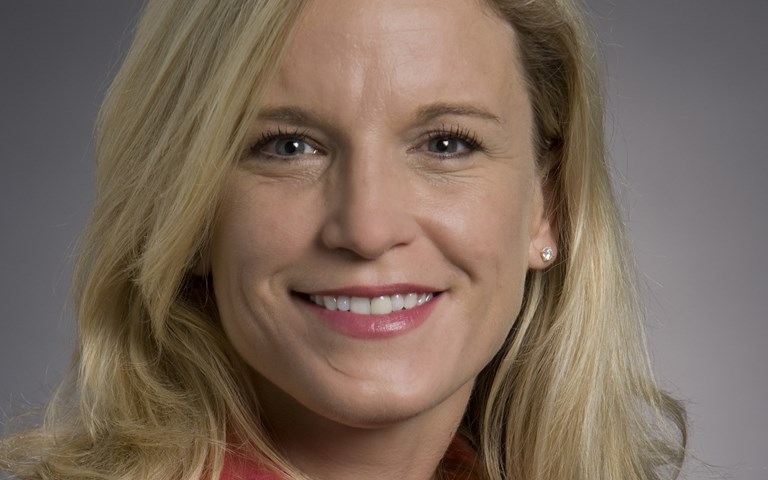 When Johnson took on her new role at Caterpillar on April 1st, she became the company’s first female group president. Since leaving General Motors five years ago to join Caterpillar as the general manager of Special Products within the company’s Reman, Components and Work Tools Division, Johnson has smoothly navigated through rapid changes in her career as she was promoted to vice-president positions in three different divisions at Caterpillar.

“As a whole, I’m very adaptable to change,” said Johnson, who is now in charge of four divisions: Advanced Components & Systems, Surface Mining & Technology, Material Handling & Underground, and Product Development & Global Technology. “New jobs, situations, environments and people don’t really throw me very much. I also have a lot of ‘stick-to-itness,’ as I call it. I don’t run away from challenging situations.”

Unfazed by the current obstacles faced by the mining sector, her vision for Caterpillar’s mining division is to help customers adapt to the new realities of the industry and come out ahead. “I want to continue to get closer to our customers and listen to their needs,” said Johnson. “If we can focus on the things that make them successful then they will win and if they win, we win.”

Under her leadership, Caterpillar will be investing heavily in research and development to help customers improve their site productivity by focusing on connectivity technology to integrate and monitor machinery, including competitors’ machines, as well as technology to improve safety. “Everything that allows the site manager to really understand what’s happening and how she or he can maximize the output,” said Johnson. Other areas the company will be looking at include alternate fuels as well as noise and dust suppression. For underground mining, said Johnson, Caterpillar will be pushing forward with batteries and electric technologies to help mines reduce emissions and lower their costs.

“We’re approaching this downturn as our new reality and we’re not waiting for it to turn back,” said Johnson. “We focus on what we can control within our environment so we can all be successful, even in the current state.”

President and vice-president of Woodgrove Technologies