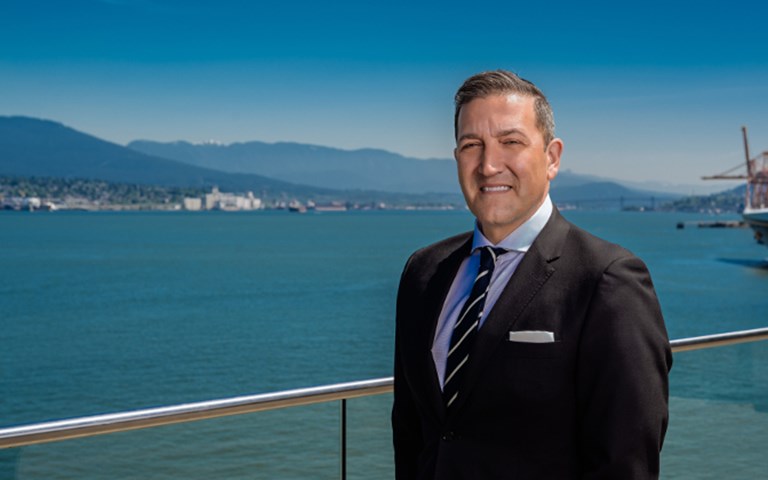 George Salamis was working as a geologist in the 1990s when the need for a major digital disruption in the mining industry became crystal clear to him. Salamis and others had created a device – sort of a precursor to smartphones, he explained – that would allow geologists to capture core logging and field mapping data digitally and immediately, so it was instantly shareable and interactive.

But when he tried to promote its use across various projects, he hit a wall.

“I remember very clearly trying to test this concept around the world and just getting so much pushback,” said Salamis, the soon-to-be former executive chairman of Integra Gold. Teams given these handheld units ended up using them to hold up windows or as bookends. “To me, the amount of inertia that we faced, the resistance to change in the mining business back then, was shocking and revealing.”

But the need to think outside the box has motivated Salamis throughout his career, he said, leading right up to two recent crowdsourcing initiatives he and the rest of the Integra team pushed to spur digital innovation in the mining industry. The first, in 2014, was Integra’s Gold Rush Challenge, in which the company opened up its 6-terabyte database on a recently acquired mine to gather ideas for where to find its next major ore body, which lead to machine learning and the use of virtual reality imaging coming together for the first time in the mining exploration world. The second was the Disrupt Mining event at PDAC 2017, a “Shark Tank”-style competition in collaboration with Goldcorp that saw winner Cementation Canada score $650,000 and an offer to make a deal with Goldcorp for its Injection Hoisting System.

In May, Integra announced a $625-million friendly takeover by Eldorado, meaning Salamis will be out of a job as of closing in July. But he said he and the team have made strong connections in the tech industry and will continue “pushing to break down the old barriers of mining to keep putting technology front and centre.”

While it will not be under the Integra banner, Salamis said they will capitalize on the hundreds of ideas they received through the two crowdsourcing initiatives and solicit investment to actually get some of those ideas off the ground. And the time is ripe as the mining industry is now much more receptive to change, Salamis said.

“Bringing new brain power and a younger generation of thinkers into an industry that’s regarded as an old industry is tough,” he said. “By introducing technology into everything [companies] do, mining all of a sudden becomes cool and sexy again.”