Missing the rushCan companies resist the temptation of making the same mistakes in the face of an inevitable up cycle?

Can companies resist the temptation of making the same mistakes in the face of an inevitable up cycle?
By Lawrence Devon Smith
February 01, 2017 Metal prices are going to go up. We know this because we are five-plus years into one of the longest downturns in a hundred years, and history has taught us that downturns are followed by upswings. We expect this because demand in China, although down from its peak, is still growing. We hope for it because we need it. Yet the mining industry does not appear to be preparing for it.

Mining companies have dispersed their engineering and capital projects groups, EPCM companies have cut their staffs to the point of eliminating teams, and centuries of experience have disappeared as baby boomers have retired. In the executive suites, finance and accounting qualifications have dominated as senior management has had to focus on cutting costs, paying down debt and making their balance sheets look strong. Furthermore, we have continued to deplete our reserves throughout the downturn but have failed to find new projects through exploration, and we have not been developing the major new projects which have been detailed in studies that are now gathering dust on our shelves.

So when metal prices inevitably jump up, I predict there will be a mad rush to develop projects. And when we do so, we are almost certain to miss the opportunity.

Using “Dr. Copper” as a proxy, since 1970 there have been seven down cycles, each averaging 3.9 years in length. There have been five up cycles, each averaging just over 2.2 years in length, plus the eight-year up cycle ending in 2007 that brings the average up to 3.2 years. This indicates a number of things. Up cycles are shorter than down cycles, and they are not long enough to develop a feasibility study, obtain board and financing approval, and complete design, construction and ramp-up of a project to a producing operation with a positive cash flow. Even if a full feasibility study had already been completed in the past, it would take many months to assemble a team and update the estimates and assumptions to have the study ready to submit to the board. It is also likely that permits and other approvals would have stale-dated during the long down cycle so these would have to be submitted again, with potentially years of delay. Plus regulations and CSR issues have only increased over time.

Even if it were possible to ramp up a project in a short amount of time, how many of our current senior executives have experience developing, guiding and constructing a major new project? Many of those with that sort of experience went on “to pursue other interests” (the HR euphemism for CEO termination) when the focus in the industry became finance and accounting. How many of our current executives want a major new project on their watch? Given the average life expectancy of a CEO, most would not be around long enough to be credited for taking the risk. So why risk it?

When the metal prices begin to rise, we can expect several responses. In the first scenario, some in our industry will be gripped by an enthusiasm that will press them to move quickly into project mode, dusting off existing studies and rushing to approval and construction in the expectation of having more and larger operations to take advantage of the up cycle. And willing financiers will join the rush. After all, one has to be an optimist to be in the mining business. This route likely leads to disaster. Rushed projects with inexperienced people will overrun and they are almost certain to be timed to start up in the next down cycle.

It is also possible that some in our industry will weigh the factors and decide it is time to do nothing but rather hold the course and really make some money from their streamlined operations through the up cycle. But if that is all management does, in the long term their companies will be diminished with depleted reserve bases and no projects on the horizon.

But maybe some in the industry will take a long-term view. They will see that an up cycle is not likely long enough to give them time to bring a major project onstream and benefit from higher prices by the time they start up. They will realize that they can accumulate money during this up cycle to fund project development during the next down cycle. And that project will catch the full benefit of ramped up production in the next up cycle. But are there companies with management that will do this?

Long experience in the industry suggests that we will go down the path of the first scenario, experiencing the rush and missing the larger opportunity. However, I remain hopeful that some in our industry will use the next up cycle to stock up on cash, plan and take the long-term view, even if that means missing the thrill of the short-term rush. 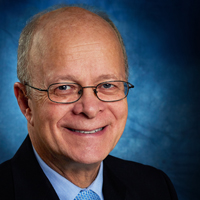