The tiny mining town of Joachimsthal was an inspiration for many famous scientists
By Cecilia Keating
December 04, 2017 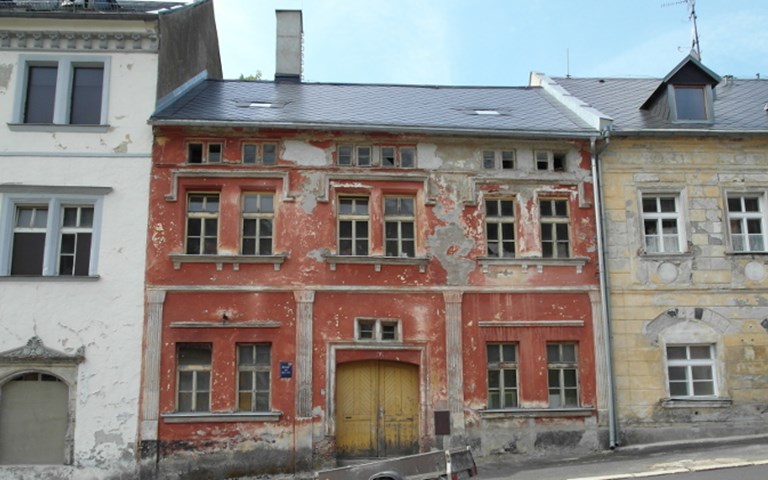 An abandoned building in Jáchymov, the small spa town in the northwest Czech Republic that was formerly known as the mining town of Joachimsthal. In its heyday, between 10,000 and 15,000 miners worked at more than 900 mines in the Joachimsthal camp. Wikimedia/Petr Mentlík

Despite its low profile today, Jáchymov, a small spa town in the mountains of Bohemia in northwest Czech Republic, has an illustrious history. For more than four centuries, its mines were central to scientific discoveries made, and research done, by Georgius Agricola, Marie Curie and J. Robert Oppenheimer, including the discoveries of several minerals and elements.

Rich silver deposits were discovered in the town in 1512 and over the ensuing decades thousands arrived to exploit them, with the town’s population jumping to 18,200 in 1534, up from 5,000 in 1520. It was christened Joachimsthal (meaning “St. Joachim’s Valley”) in 1520 by its rich owners, the Counts of Schlick.

The Schlicks quickly became one of Europe’s richest families, and started minting coins out of the area’s silver called thaler – the origin of the word dollar. Coins were shipped to Leipzig, an important trading hub, and were accepted across Europe.

At its height, between 10,000 and 15,000 miners worked at more than 900 mines in the camp. Extremely rich ore containing up to 60 per cent silver was processed by hand, and pieces of pure silver were also common; the largest was 280 kilograms.

Renowned artists and scientists flocked to the town as mining operations boomed. Among them was Georgius Agricola, “the father of mineralogy.” It was here that he discovered and documented bismuth, antimony and zinc, and started research for his enormous treatise on mining and mineralogy, De Re Metallica.

The first decline of Joachimsthal happened quickly as a result of political and economic strife, religious upheaval and the emergence of gold and silver plundered from the Americas. While the total silver production at Joachimsthal in the 16th century was 200 to 300 tonnes, only 838 kg was produced between 1631 and 1655. Coin minting ended in 1671.

The area was mined successfully for cobalt and bismuth in the centuries that followed, and became world-famous again when pitchblende, the uranium-rich by-product of silver mining, became popular for use in yellow and orange dyes. Joachimsthal’s silver processing factory was transformed into a uranium colour factory.

Demand for uranium shot even higher in 1898 when Marie Skłodowska Curie and her husband discovered polonium and radium, an element a million times more radioactive than uranium, in pitchblende they ordered from the Joachimsthal colour factory. Curie later developed the radium chloride production process and a section of the colour factory was dedicated to radium extraction.

For nearly two decades following Curie’s discovery, Joachimsthal’s mines were the world’s most important source of uranium for dyes and radium for (now highly contested) health applications, including radioactive soaps, salts and spa therapies, but new mines in the United States and the Belgian Congo eventually sundered Joachimsthal’s monopoly; operations were only profitable for six years between 1918 and 1937.

Related: During the critical battles of World War One, skilled miners – many of them Canadian – made Allied victories possible

Joachimsthal was annexed in 1938 when Nazi Germany invaded the Sudetenland because primarily German-speakers lived there. A German radium company was formed and the colour factory was demolished.

One Nazi general suggested in a letter to Heinrich Himmler, head of the SS, that concentration camp prisoners should be made to mine in Joachimsthal, observing that the work killed “many decent German workers” in their early forties. There is no evidence showing whether these plans went ahead.

The German-run Joachimsthal mines were a major cause of concern for Allied scientists during the war, given uranium’s application as a nuclear material; Robert J. Oppenheimer, “the father of the atomic bomb,” had written his thesis on the mines at Joachimsthal. Albert Einstein famously wrote a letter warning President Roosevelt of the threat.

After the war the town became part of the new Czechoslovak Republic and its historic German-speaking population was ousted across the border into Germany. The town was renamed Jáchymov.

In 1945, Joseph Stalin signed a treaty with the Czechoslovak government to give the USSR the right to exploit the mine. Jáchymov thus became strategically crucial to the USSR during the nuclear arms race as a supplier of the radioactive materials for its atomic arsenal. Tens of thousands of political prisoners were put to work digging, crushing and loading uranium up until 1960.

In 1952, despite protests by the local spa industry, which promoted radon therapy, the government launched an investigation into “Jáchymov miners’ disease.” It was discovered that the disease was a vicious form of lung cancer caused by exposure to radioactive materials, which had killed thousands of miners over the years. Despite these findings, uranium mining continued in the area until 1964. 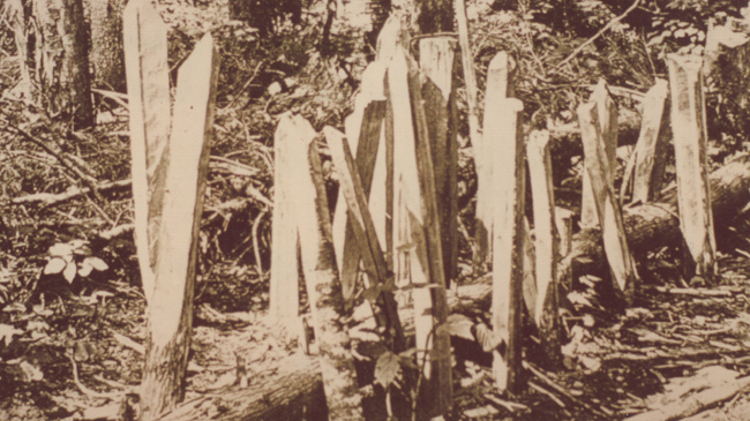