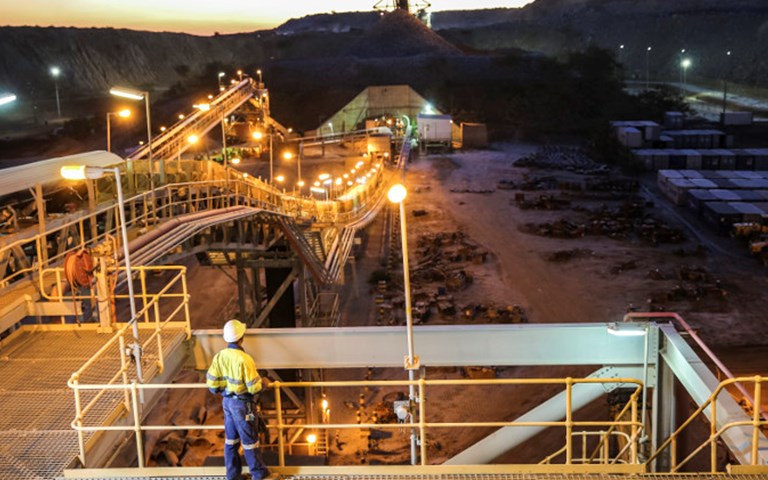 Switching to a focus on gold bar production will extend the life of Acacia's Buzwagi mine, pictured, to 2020. Courtesy of Acacia Mining

Acacia Mining is switching the focus of its Buzwagi mine in Tanzania to gold bar production in an attempt to work around the country’s current concentrate export ban.

The Barrick Gold subsidiary announced Friday that positive results from a processing trial underway at the northwest Tanzania mine will lead it to increase its doré bar production and extend the mine’s lifespan to 2020.

Sixty-five per cent of the production at Buzwagi in 2017 has been a gold/copper concentrate with doré bars accounting for the remaining 35 per cent.

Buzwagi has been unable to export and sell its concentrate since early March due to an export ban on concentrates. In March, Tanzania’s Ministry of Energy and Minerals banned exports of gold and copper concentrate following a directive from Tanzanian President John Magufuli. According to Acacia, concentrates account for around 50 per cent of the combined revenues of its Bulyanhulu and Buzwagi mines.

Since the ban, Buzwagi has sold only about 35 per cent of its gold production while still incurring full production costs. Acacia said in a June statement that the concentrate export ban had resulted in around US$175 million in lost revenue during the first six months of 2017.

RELATED: Nickel prices deteriorated in Q2 of 2017 after Indonesia relaxed its export ban

But the company’s pivot to doré production is expected to add sales of between 8,000 and 10,000 ounces of gold per month for the rest of the year. It is also expected to put Buzwagi’s monthly cash flow back in the black.

Acacia had intended to end concentrate production at Buzwagi in the second quarter of 2018, but as a result of the new strategy the mine will end its life in 2020, solely focused on doré production.

Earlier this month Acacia announced its intention to reduce operations at Bulyanhulu, which was in the red by $15 million per month due to the ban.

In late July the Tanzanian Revenue Authority charged Acacia US$190 billion in fines and allegedly unpaid taxes. The bill stemmed from a Tanzanian presidential committee’s findings in June that alleged the company owes the government for under-reporting gold and copper levels in its concentrate exports for the past 19 years.

Acacia has repeatedly denied the allegations and in July said it is “considering all of its options and rights” moving forward.