The clash between Tanzania and Acacia over accusations of tax evasion escalates
By Elle Crosby
July 26, 2017 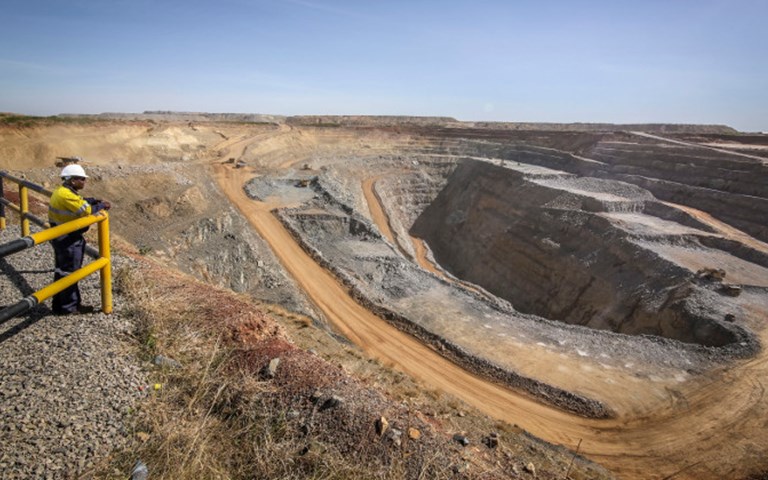 The Tanzanian government accused Acacia of under-reporting its gold and copper levels in concentrate exports from its mines, including Buzwagi, above. Courtesy of Acacia Mining

The massive bill stems from a Tanzanian presidential committee’s findings in June alleging Acacia owes the government for under-reporting gold and copper levels in its concentrate exports over the past 19 years, which Acacia has repeatedly denied. Responding to the announced fine, the company maintained it has fully declared all its revenues and said it is “considering all of its options and rights” moving forward.

The committee, composed of lawyers and economists and created by Tanzanian president John Magufuli to determine the economic impact of exporting concentrates, presented its findings on June 12, only a few weeks after another committee made up of academics and industry professionals alleged the miner’s concentrate contained 10 times more gold than it had declared.

“If they accept that they stole from us and seek forgiveness in front of God and the angels and all Tanzanians and enter into negotiations, we are ready to do business,” Magufuli said in a televised statement in Swahili following the second report, according to Bloomberg.

Barrick executive chairman John Thornton met with Magufuli on June 14 and agreed to begin negotiations to resolve the dispute. On July 4, Acacia formally filed international arbitration notices regarding the disputes. The arbitration will be conducted by Barrick, but Acacia told its shareholders the company will have a say in any course of action taken. Acacia has said that the second committee’s claims of unpaid taxes were based upon the “erroneous figures within the first committee report.”

In mid-July, the country passed new laws that increase royalty rates for metallic minerals to six per cent, up from four, impose a one per cent clearing fee on exports and allow the government to renegotiate or dissolve mining contracts. Acacia agreed to pay the higher rates.

On Acacia’s microsite created to provide information regarding the dispute, the company stated its financial, production and gold reserve records “are audited to international standards by leading international, independent auditors. It would not be possible for Acacia to under-report gold reserves, gold production and revenues even for a short period of time, let alone over many years.”

Acacia also called attention to the fact that the Tanzanian government has had full access to concentrate analysis at Acacia’s mines for more than 30 years and has never indicated that there were any discrepancies until now.

Troubles between Acacia and the Tanzanian government began in March when the latter issued a ban on concentrate exports. Last year concentrates accounted for 30 per cent of Acacia's revenue, and the company said it estimates the export ban is costing it US$1 million each day.

The second committee endorsed maintaining the ban until back-taxes were paid to the government. The committee made 20 recommendations, all of which Magufuli said he wants to pursue, including redesigning mining and tax laws to make the industry more beneficial to the nation.

While Acacia’s production has increased over the first six months of 2017, the company reported revenues of US$391.7 million, down 22 per cent from the first half of 2016, which it attributed to the concentrate export ban. Shares in Acacia have fallen more than 66 per cent since the ban began in early March.