More than 800 jobs expected to be affected by work suspension at McArthur River/Key Lake
By Rob Csernyik
November 10, 2017 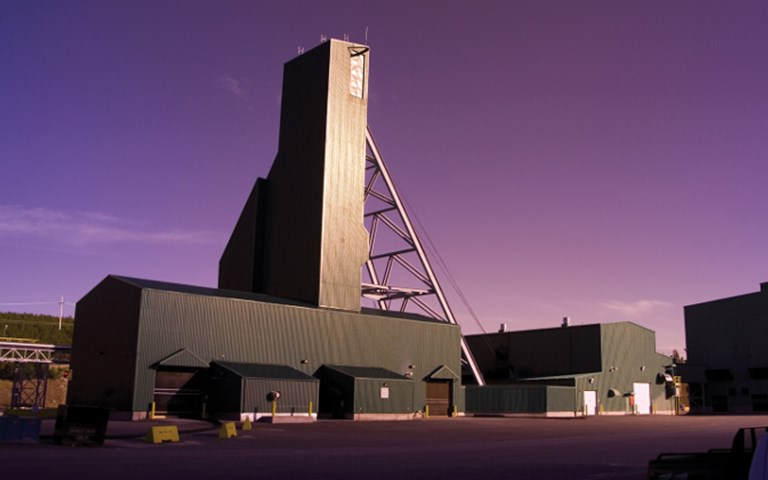 The production suspension at Cameco's McArthur River (pictured) and Key Lake operations was triggered by a "continued state of oversupply in the uranium market," Cameco president Tim Gitzel said in a statement. Courtesy of Cameco Corporation

Cameco announced Wednesday that due to continued uranium price weakness, production from its McArthur River mining and Key Lake milling operations in northern Saskatchewan will be temporarily suspended by the end of January 2018.

The workforce of 1,055 employees and contractors at both sites will be reduced temporarily by about 845. The remainder will be retained to maintain the facilities in safe shutdown state. The suspension is expected to last for 10 months.

"With the continued state of oversupply in the uranium market and no expectation of change on the immediate horizon, it does not make economic sense for us to continue producing at McArthur River and Key Lake when we are holding a large inventory, or paying dividends out of proportion with our earnings," said Cameco’s president and CEO Tim Gitzel in a statement.

Earlier this year, Cameco announced plans to lay off 120 employees at McArthur River, Key Lake and Cigar Lake, making up about 10 per cent of its total workforce. That followed the shutdown of operations at its Rabbit Lake mine in April 2016, which cut roughly 500 jobs.

The company also had to contend with the Tokyo Electric Power Company (TEPCO) issuing a termination notice for a uranium supply contract in January, which would affect approximately 9.3 million pounds of stock through 2028, worth about $1.3 billion.

The suspension is a move that has been long-anticipated by analysts. “It should have happened three or four years ago,” said Rob Chang, head of Canadian metals and mining research at Cantor Fitzgerald. He said Cameco is one of the last uranium producers to do a major cut, though the company has made cuts elsewhere in its business. These include previous supply reductions, avoiding sales into the weak spot market and streamlining operations and reducing costs.

Since the March 2011 Fukushima nuclear disaster, after which Japan shut its nuclear reactors, uranium prices have fallen by more than 70 per cent. Uranium, which is sold through privately negotiated contracts instead of in an open market, currently hovers in the US$20 per pound range. In early 2011 it was more than US$70 per pound.

The suspension is expected to remove about 13.7 million lbs of uranium from 2018 global forecasts Chang said, representing a nine per cent drop.  During Thursday’s conference call, Gitzel said it is clear the market does not need additional uranium at this time.

“Behaving in a US$20 market the same way we did when uranium prices were much higher, in our opinion, is neither rational nor sustainable,” Gitzel said.

Camceo expects to meet its customer commitments using inventory and other supply sources during the suspension.

Areva Resources Canada, which owns a minority share of the McArthur River and Key Lake operations – 30.2 per cent and 16.7 per cent, respectively – said in a Thursday statement that the suspension will not affect uranium delivery to its customers.

Correction: we initially reported that more than 600 jobs would be affected by the suspension of McArthur River and Key Lake when actually more than 800 will be affected. CIM Magazine regrets the error. (Dec. 5, 2017)