Don McLeod remembered for his love of mining and mentoring young professionals
By Elle Crosby
August 15, 2017 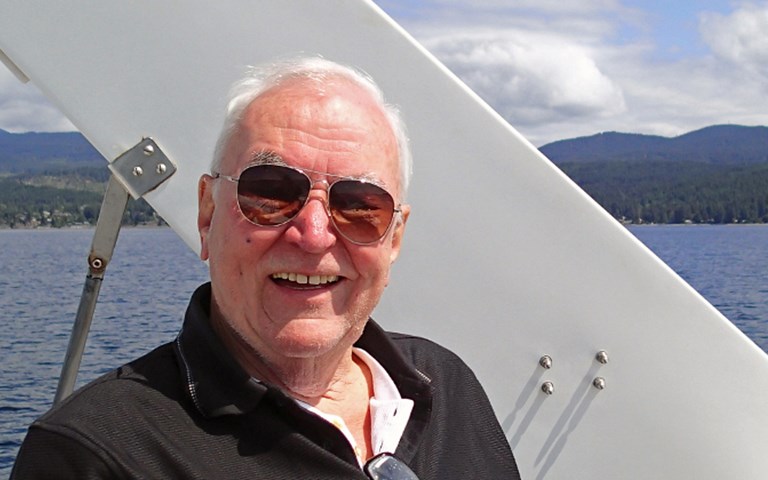 "One of the things we've heard from so many people is that he was always the guy with the bear hug," recalls McLeod's daughter Catherine McLeod-Seltzer. Courtesy of Bruce McLeod

Respected British Columbia mine developer Don McLeod died at 88 years old in West Vancouver, B.C., on May 27, surrounded by his wife of 58 years, Christa, and his children, Bruce McLeod and Catherine McLeod-Seltzer.

“He was really always full of life. One of the things we’ve heard from so many people is that he was always the guy with the embrace, the bear hug, the warm handshake,” said Catherine, the chair of Bear Creek Mining.

McLeod was born on Oct. 21, 1928 in Stewart, B.C., and left home in his early teens in search of work to help support his family, who had fallen on hard financial times. He started working as a horse wrangler for a mine and over his career worked in nearly every position in the industry, from mine manager to mucker to CEO.

McLeod worked on more than 40 projects over his career and was best known for his role in the development of the Brandywine and Summit gold mines in B.C., as well as for making high-grade gold discoveries at the Brucejack project, later acquired and developed by Pretium Resources. He founded Northair Mines in 1966, which supplied management expertise to junior exploration companies. After retiring as CEO of the company in 1996, he remained on the board for another 18 years. “I love [mining],” McLeod said in an interview for his induction into the Canadian Mining Hall of Fame (CMHOF) earlier this year. “I couldn’t have quit mining if I’d wanted to.”

RELATED: Bestowed with highgrades and blessed with a favourable exchange rate, the Brucejack project is a jewel in Pretium's crown

McLeod was named a Cambridge House “Mining Living Legend” and received AME BC’s E.A. Scholz Award for excellence in mine development as well as CIM’s Proficiency Award. In January, McLeod became the oldest living person to be admitted into the CMHOF. While he was proud of the accolades, his family said McLeod cared more about helping others succeed.

Known for his generosity, optimism and warm handshakes, he shared much of his time and expertise with young miners in the industry, including his children. And even after retiring from Northair’s board of directors in 2014, he continued to act as a resource for anyone who needed help or advice.

“He really loved people and especially loved helping them. I always knew that he mentored people my age and my brother’s age, but I didn’t realize how many of this new generation in the industry he helped get jobs and advance in their careers and make big decisions,” said Catherine. “He supported people.”

Bruce, CEO of Sabina Gold and Silver, recalled his father bringing sets of the hand-drawn plotters home for his children to colour in and taking his family on “vacations” that involved camping at mineral prospecting sites. McLeod loved mining and shared that passion with his family, even after his retirement and while in the hospital. “We grew up in mining, the talk around the dinner table was always rocks and stocks,” Bruce said. “And it was rocks and stocks until the very last day.”