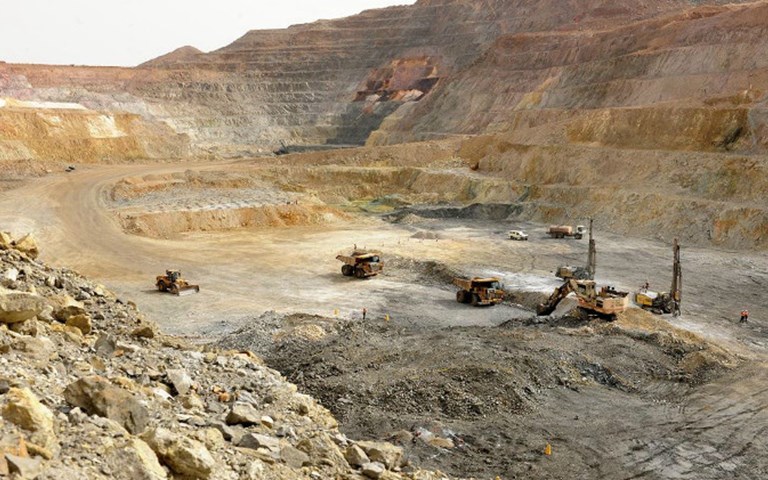 Three Eritrean refugees have alleged in a lawsuit filed in British Columbia that government-owned construction firms used them as slaves during the construction of Nevsun's Bisha mine, pictured. Courtesy of Nevsun Resources

The British Columbia Court of Appeal dismissed a claim from Nevsun Resources to have a human rights case against it moved to Eritrea, where the company operates.

The ruling, released Tuesday, affirmed the B.C. Supreme Court’s 2016 ruling that the province had territorial jurisdiction over the case because the company is headquartered in Vancouver.

The case was brought by three Eritrean refugees who have alleged that government-owned construction firms used them as slaves during the construction of Nevsun’s Bisha copper-zinc mine. The lawsuit alleges the refugees were conscripted into the military under the Eritrean National Service Program and then deployed at the mine.

In an email to CIM Magazine from Nevsun’s investor relations department, the company said “there are contractual commitments in place that strictly prohibit the use of national service employees by Bisha’s contractors and subcontractors.”

Nevsun has denied the allegations, and argued in its appeal that Eritrea would be the most convenient forum for the case to be heard. The plaintiffs said there was a threat that the Eritrean system would not provide a fair process.

“Although the practical and logistical difficulties of trying these claims in British Columbia would be considerable, [the B.C. Supreme Court] judge did not err in finding a ‘real risk’ of corruption and unfairness in the Eritrean legal system,” Justice Mary Newbury wrote in her decision.

To date, six further actions have been filed against Nevsun with 58 additional claimants between them who "advance materially similar claims," said Nicholas Baker, a securities lawyer at Siskinds LLP who is on the legal team representing the three refugees.

The lawsuit alleges that Nevsun would have been aware of credible reports of governmental abuses, and that by entering a commercial relationship with Eritrea it facilitated forced labour.

Nevsun has a 60 per cent stake in Bisha, located 150 kilometres west of the East African country’s capital city Asmara, and the Eritrean government owns the other 40 per cent.

The case is one of three where Canadian courts have kept jurisdiction over allegations involving Canadian mining companies’ actions abroad.

Earlier this year the B.C. Court of Appeal reversed a B.C. Supreme Court decision and allowed Guatemalan protestors to proceed with their lawsuit against Vancouver-based Tahoe Resources in Canada. And in Ontario, three lawsuits against HudBay Minerals for a killing, a shooting injury and gang rapes in Guatemala are all proceeding to trial.

By default Canada’s courts have jurisdiction over Canadian-headquartered companies regardless of where they operate, and companies must demonstrate why a foreign court is a better forum for a case against them. In the past, the courts have mostly agreed.

Baker said the ruling shows there is a "growing recognition that cases such as this should be heard in Canada and not the foreign courts. Where cases raise important questions about the conduct of Canadian companies, we believe those questions are properly assessed by Canadian courts, and we believe this is reflected in the decision."

Mining companies with operations abroad should not assume the recent trend means the "sky is going to fall," Baker added. "This is an exceptional case, and it is very fact specific.

"We believe that the broader implication is that where Canadian companies are alleged to have been willfully blind to, complicit or actively involved in human rights abuses overseas, they can expect that...[Canadian] courts will be open to hearing [those cases]."

When the lawsuit was filed in 2014, Nevsun CEO Cliff Davis said in a statement that the company was confident the allegations were unfounded. “Based on various company-led and third-party audits, the Bisha mine has adhered at all times to international standards of governance, workplace conditions, and health and safety,” he said. “We are committed to ensuring that the Bisha mine is managed in a safe and responsible manner that respects the interests of the local communities, workers, national governance, stakeholders, and the natural environment.”

In 2014 Nevsun commissioned a human rights impact assessment at Bisha from LKL International Consulting Inc, which offered six recommendations, including that the company adopt and embed a clearer human rights policy in its Code of Ethics; conduct further human rights training at Bisha; and make clear that suppliers, contractors and subcontractors are expected to respect human rights.

The assessment was limited to “what was possible to be researched and observed” during two visits to Eritrea and Bisha between July 2013 and January 2014, the report’s executive summary said. “In some instances, it was not possible to gather conclusive information about past practices at the mine,” it said. “The approach taken to these limitations is not to try and confirm or deny past allegations, but rather focus on reinforcing the grievance mechanisms and stakeholder engagement processes related to the Bisha mine.”

Updated on Nov. 27 with comment from Siskinds lawyer Nicholas Baker