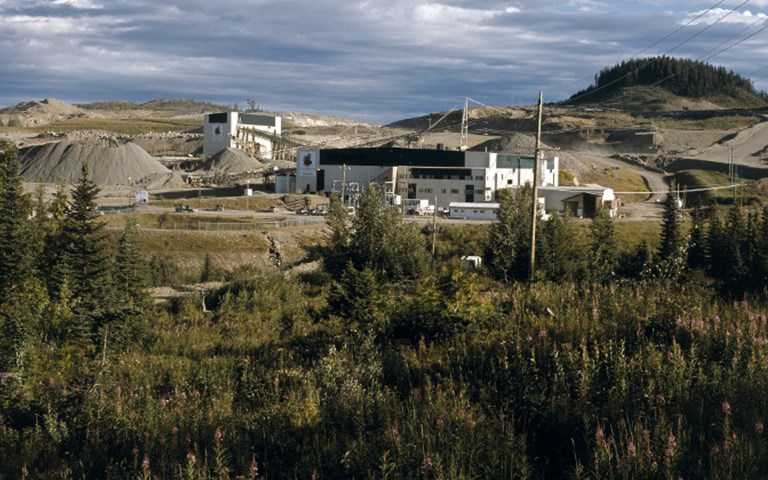 The wildfires that ravaged more than 400 square kilometres of British Columbia took an economic toll on the province’s mining sector, with multiple miners announcing reduced or suspended operations in July.

Taseko Mines temporarily idled operations at its Gibraltar mine due to road closures in the area on July 15, when the closure of Highway 97 made it impossible for employees to access the site. Four days later, and while the evacuation order for the wildfire-affected Williams Lake area in south-central B.C. was still in place, the company announced that operations were restarting.

In a press release, president and CEO of Taseko Russell Hallbauer said limiting employment interruption and keeping payrolls going was the best way the company could help its employees affected by the wildfires. “Countless people and families in the region have suffered devastating fire loss, and that includes some who work for the company,” Hallbauer said. “The best thing Taseko-Gibraltar can do…is help people return to work as quickly as they are able.”

Imperial Metals also temporarily suspended operations at the Mount Polley copper-gold mine on July 17, after first reducing them a week earlier. The company announced that following the downgrading of the Williams Lake evacuation order operations would resume on July 31, with the mine aiming to be “fully operational” by August 2.

"Some of our employees have been evacuated and they have to make sure that their families are safe," Steve Robertson, Imperial Metals' vice-president of corporate affairs, told CIM Magazine on July 11. "We're working with that reality and supporting them in whatever way we can."

EnGold Mines, another Vancouver-based exploration company, said on July 10 it had to suspend exploration at its sites, all of which are located in south-central B.C. The company said heavy smoke, closed roads and intermittent power outages made continued operations unsafe and unworkable.

Some fires edged close to Kinder Morgan’s Canada Trans-Mountain Pipeline that carries 300,000 barrels of crude oil and refined fuel from Alberta to B.C. every day. “At a number of locations we are taking preventive measures, which include removing vegetation to create a fire break and adding sprinklers to keep the area wet,” said Hugh Harden, the company’s COO, in an emailed statement on July 11.

Additionally, about 30 to 40 logging companies and their mills shut down and BC Hydro, the province’s main electricity distributor, reported 219 power poles and 35 transformers had been damaged as of July 18. It predicted there would be more damage as the fires continued to blaze.

The wildfires led the province to declare its first state of emergency since 2003, deploying some 1,600 personnel from July 7-9. Former premier Christy Clark announced on July 9 that the government would provide $100 million in emergency funds. According to Robert Turner, the deputy minister for emergency management B.C., 45,806 people had been evacuated from their homes as of July 18.

Added together, the fires in the province cover an area of more than 40,000 hectares, which is still significantly smaller than last year’s wildfires in Fort McMurray, Alberta which burned 589,000 hectares, an area larger than the province of Prince Edward Island.