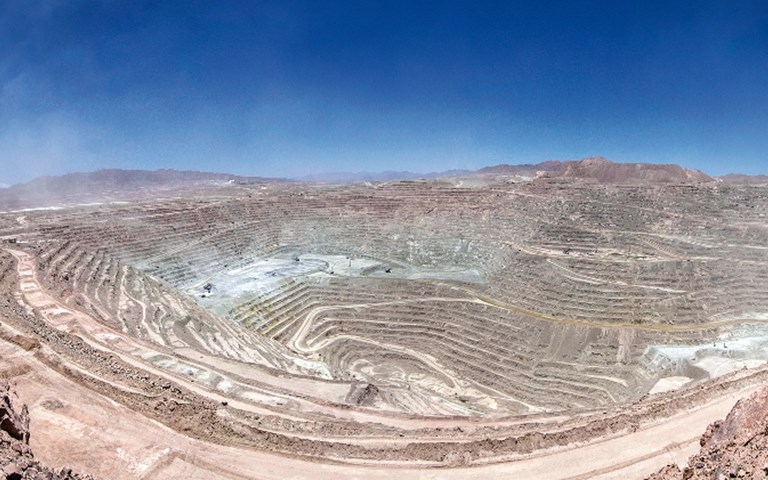 Escondida produces 1.1 million tonnes of copper annually, and makes up 2.5 per cent of Chile's GDP. Courtesy of BHP

Possible labour strikes at two of the largest copper mines in the world threaten to impact the price of copper.

Workers at Codelco’s Chuquicamata mine in the Antofagasta region of Chile are threatening to strike to protest the miner’s plans to transition the existing open pit to an underground mine, which would eliminate up to 1,700 jobs.

As well, the union representing workers at BHP’s Escondida, the world’s largest copper producer, began new labour negotiations with the company in early June. The existing contract is set to expire on July 31.

Escondida, located in the northern part of Chile’s Atacama Desert, produces 1.1 million tonnes of copper annually, and Chuquicamata produces an additional 300,000 tonnes. Together they account for roughly seven percent of global copper production, and 25 per cent of Chile’s copper output.

“I would say the effect on prices has already been very significant,” said Erik Heimlich, a Santiago, Chile-based analyst with CRU Group. “When the negotiations started earlier, the market reacted very strongly to the news.”

The union at Escondida is demanding a bonus equivalent to four per cent of 2017 dividends distributed to shareholders, or about US$34,000, and a five per cent wage increase for each worker. A previous strike at Escondida last year lasted 43 days, and reduced the mine’s annual output by 7.8 per cent. The union invoked a rarely used legal provision that allowed them to revert to their existing contract for 18 months and end the strike.

Escondida employs 2,300 people directly and makes up 2.5 per cent of Chile’s GDP. Chuquicamata employs about 5,600.

Escondida’s workers were emboldened last year by new Chilean labour laws that were enacted to strengthen the position of union groups after they were severely weakened during Augusto Pinochet’s nearly two-decade-long dictatorship. Heimlich said that now that markets are familiar with the new laws, it may influence how they react to labour negotiations this year.

Copper prices rallied in December and look set for growth this year and in 2019. Andy Blamey, S&P Global Platts’ associate editorial director of metals pricing, told CIM Magazine in February that due to the amount of labour contracts at copper mines up for renewal in Chile and Peru, “the market may be factoring in a disruption risk premium.”

In 2018 Chilean miners will have to negotiate contracts with a total of 32 unions, according to a Bloomberg report. But Heimlich noted that several of the labour negotiations that have taken place so far this year were settled without work disruption, including at Antofagasta Plc’s Los Pelambres despite fears they would pile on each other.

BHP is expected to respond to the union’s main demands in the coming weeks.