Ontario does away with traditional staking process in mining act modernizationUpdated: Claim staking for prospectors and companies moves online in third stage of Ontario’s new mining act, currently being implemented 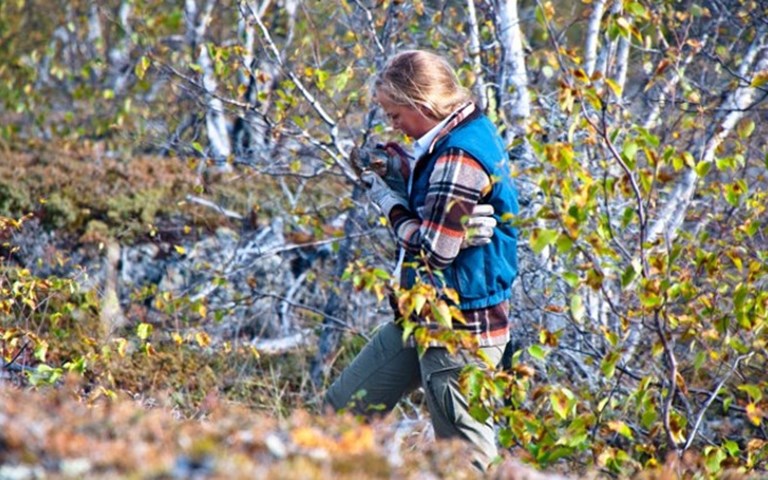 Updated on Jan. 12 with comment from the Ontario Ministry of Northern Development and Mines

Ontario prospectors are no longer able to stake claims the traditional way as of midnight this morning.

The province is in the process of implementing the third stage of its modernized mining act, which will involve online claim staking and an electronic system for administering mining lands.

The goal of the updates is to make mining lands administration and management simpler, and make exploration less intrusive to recognize Indigenous and treaty rights as well as better respect private landowners.

With the new system, mining companies or prospectors will be able to stake a claim by selecting the piece of land they want to claim on a digital map using an online registration system.

There will be a single registration fee for staking a claim under the new system, but Ontario's Ministry of Northern Development and Mines has not finalized the cost yet, said ministry spokesperson Cameron Ferguson in an email to CIM Magazine. Currently, staking a mining claim includes a recording fee, a cost for acquiring claim tags and additional costs to the individual or company.

"We are working to ensure the cost of the regulatory compliance creates a fair and competitive environment for mineral exploration in Ontario," Ferguson said.

Independent prospectors have said the switch to online staking may cause them to lose a major source of their income. Along with traditional prospecting work, many independents stake on contract for mining companies and on their own by acquiring land and selling it to companies at a profit. With staking simplified, prospectors previously told CIM Magazine that they worried mining companies would not need to hire independents to do their staking work.

“We will lose 50 per cent of our income overnight. That’s a tremendous loss for us,” Karl Bjorkman said in 2016. Bjorkman’s family business, Bjorkman Prospecting, received PDAC’s Special Achievement Award in 2016. “We stake claims to keep ourselves floating, so we can have some money to go prospecting.”

Related: While First Nations and territorial government negotiate, more than half of Yukon off-limits to prospectors

Garry Clark, president of the Ontario Prospecting Association, said that is still a concern for prospectors who do less profitable work like line cutting, blazing trees and cutting posts and use money from claim staking to turn a profit. But he said he does not think mining companies hiring or purchasing claims from prospectors will die out.

“You still need the prospector, he or she needs to take a piece of property that is prospective but doesn’t have much to it and do some work to attract the larger company,” he said. “The best way to find things is to put people on the ground. Juniors and major companies will still hire prospectors.”

Ferguson also added that the new system will allow individual prospectors to stake claims anywhere in the province, instead of focusing their work in one geographic area to manage the costs associated with ground staking.

The Mining Land Administration System (MLAS) "has been designed so that prospectors and mining companies use the same process to register mining claims," Ferguson said. "Ground staking benefits medium and larger companies who have the resources to hire and transport stakers throughout the province, while prospectors do not have such resources."

For a 90-day “pre-conversion period” before the transfer to online staking, claim recording activity and other transactions like filing assessment work reports and transferring claims are not permitted. However, Feb. 7 will be the last day that prospectors can file an application to record a ground-staked claim.

The hiatus is in place to convert prospectors’ existing claims to the province’s new map of cells. Each cell represents a 20-hectare claim; previously claims were 16 hectares each. Over the past few years prospectors have been taking down the precise GPS co-ordinates of their existing claims in order to properly situate them on the map. Clark said there may be situations of claims overlapping cell boundaries, or two claims falling within in the same cell.

Ferguson said the province is considering ways to prevent registration on a "disproportionate number of claims," including limiting the amount of claims that a prospector or company can register during a single transaction.