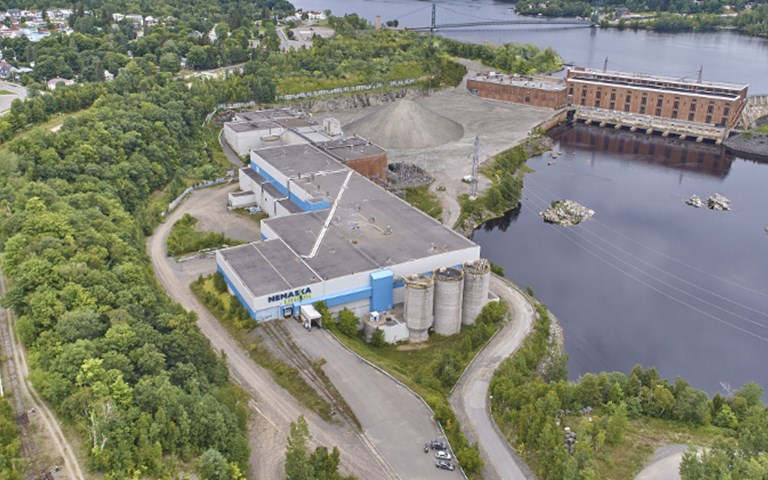 Peregrine Diamonds, Nemaska Lithium and NexGen Energy are among the winners of the Prospectors and Developers Association of Canada’s 2019 awards.

The awards, which will be presented at the PDAC 2019 convention on March 5, are given to “exceptional leaders in the mineral exploration and mining community.”

Vancouver junior Peregrine Diamonds is the winner of PDAC’s Bill Dennis Award for its discovery and development of the Chidliak diamond deposit on Nunavut’s Baffin Island. Chidliak was discovered in 2008, and exploration programs and studies carried out in the last ten years have led to the discovery of 74 kimberlite pipes. Between the two pipes that have been the focus of Peregrine’s phase one development program, Chidliak has an Inferred Resource of 12.45 million tonnes at 1.78 carats per tonne (ct/t).

De Beers Canada acquired Peregrine for $107 million earlier this year, five years after walking away from an initial agreement that would have given the company exclusive rights to enter an earn-in and joint venture agreement for 50.1 per cent of Chidliak. De Beers CEO Kim Truter told CIM Magazine in July that Peregrine had done “excellent work” on the project since then, making it “increasingly obvious that this was the most attractive undeveloped diamond resource in Canada.”

Avalon Advanced Materials president and CEO Donald Bubar will receive PDAC’s Distinguished Service Award for his work “raising awareness about the importance of engagement between companies and Indigenous communities, and encouraging participation by Indigenous peoples in the mineral industry.” Bubar was the inaugural chair of PDAC’s Aboriginal Affairs Committee, and during his tenure the association’s convention experienced “tremendous growth” in Indigenous participation. He also developed a relationship with the Assembly of First Nations, and the signing of a memorandum of understanding between PDAC and the assembly.

NexGen Energy was named the winner of the Environmental and Social Responsibility Award for its investment in community initiatives for education, health and economic development in Saskatchewan’s Athabasca Basin, where the company has multiple projects. The programs “empower Saskatchewan’s youth through hands-on work experience, providing access to education, sport and employment opportunities,” PDAC said. The company is also an early adopter of centrifuge units and TECH directional drilling to reduce the environmental footprint of its exploration drilling.

NexGen is now a two-time PDAC award winner; last year the company received the Bill Dennis Award for the discovery of its Arrow project, one of the world’s largest undeveloped uranium deposits. Last week NexGen reported the results of a new pre-feasibility study at Arrow showed a 43 per cent increase in its indicated mineral resources – to 2.89 million tonnes of triuranium octoxide (U3O8), compared to 1.18 million tonnes of U3O8 in 2017. It also increased the average annual grade of the uranium by 79 per cent, to 3.09 per cent, up from 1.73 per cent previously.

Respected geologist Gordon Maxwell is the winner of the Skookum Jim Award in acknowledgement of his more than 35-year career and his workplace health and safety advocacy. Maxwell, a member of the Sachigo Lake First Nation in northwestern Ontario, has championed the Canadian Diamond Drilling Association’s Drilling Excellence Certification Program, to help establish a higher standard of quality in the industry, and is a role model for youth and young Indigenous people.

Cardinal Resources, an Australian junior that is traded on the TSX, will receive the Thayer Lindsley Award for its Namdini gold project in Ghana. Namdini has an indicated and inferred mineral resource of 193 million tonnes at an average grade of 1.1 grams per tonne gold as of March 2018. According to the company’s October pre-feasibility study, Namdini has a post-tax net present value of US$588 million with an internal rate of return of 38 per cent, using US$1,250 as the gold price.

Nemaska Lithium is the winner of the Viola R. MacMillan Award for its Whabouchi lithium project in the Eeyou Istchee James Bay region of Quebec. Whabouchi, one of the largest spodumene deposits in North America, is expected to produce 213,000 tonnes of spodumene per year of 6.25 per cent (Li2O) spodumene concentrate, and has a 33-year mine life. In May, Nemaska completed a $1-billion financing package for a lithium hydroxide and carbonate production facility and a spodumene mine. The company expects the mine and concentrator to begin production and sale of spodumene in the third quarter of next year.