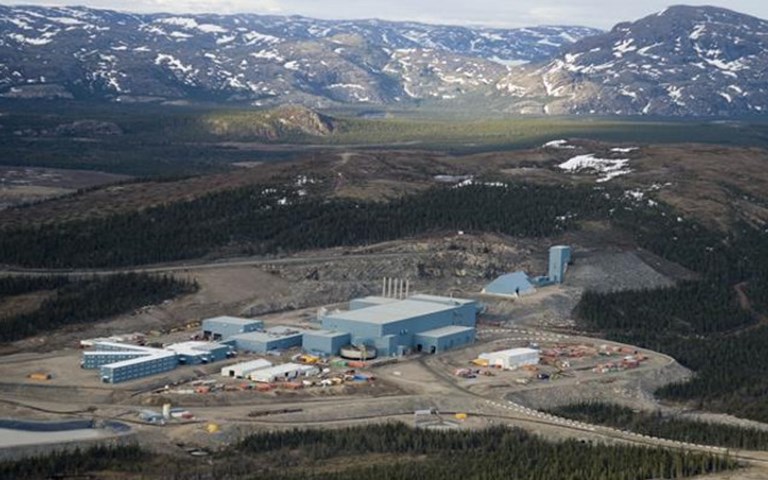 The Voisey's Bay mine and concentrator in northern Labrador. Courtesy of Vale

Vale will begin constructing its Voisey’s Bay underground nickel mine in northern Labrador this summer, with first ore expected by April 2021.

The announcement, made this morning by Newfoundland Premier Dwight Ball and Eduardo Bartolomeo, Vale’s executive officer for its base metals division, comes amid a boom in nickel prices.

Vale also reported it had signed deals with Wheaton Precious Metals and Cobalt 27 Capital Corp for a total of 75 per cent of its future cobalt production at Voisey's Bay. The company will get US$690 million up front – US$390 million from Wheaton and US$300 from Cobalt 27 – which will cover about 40 per cent of the mine's US$1.7-billion construction. Vale will also receive an average of 20 per cent of cobalt prices upon delivery to the two companies when the deal takes effect in 2021.

Ball called the development a “momentous announcement” for the mining industry.

“We have always been intent on going underground [at Voisey’s Bay] as it is the natural evolution of our operations in Newfoundland and Labrador,” Bartolomeo said in a release. “We are excited to unlock the value of this great resource.”

Voisey’s Bay has been operating as an open pit since 2005. Development of an underground operation has been mired in uncertainty since Vale said last year that it planned to review its worldwide operations due to depressed nickel prices.

Nickel prices have improved since their slump last year, due in part to increased investment in electric vehicle technology. At his presentation at PDAC 2018, CRU Group director Paul Robinson noted that the nickel market is currently in a small deficit, and forecast an average price of US$12,343 per tonne for 2018.

CRU expects nearly 30 per cent of the growth in nickel demand between 2016 and 2021 to be from the automotive sector. Nickel is a critical part of lithium-ion batteries.