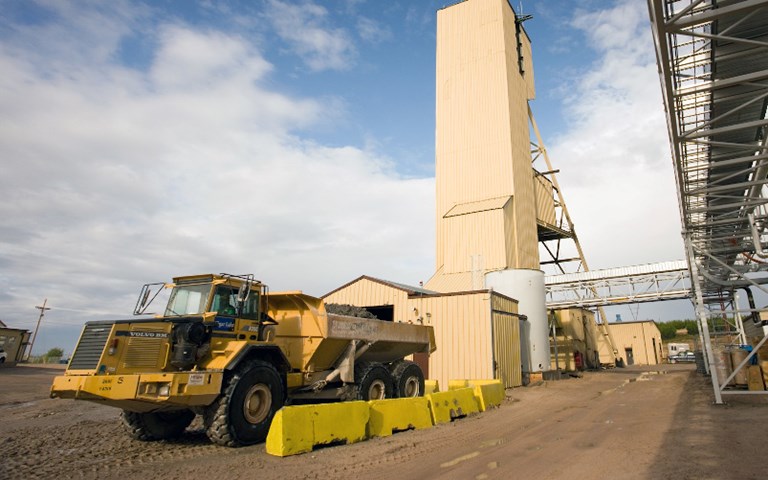 Cameco originally shut down Cigar Lake in March due to the COVID-19 pandemic. Courtesy of Cameco.

On July 29, Cameco released its financial and operating results for the second quarter, and announced plans to resume operations at its Cigar Lake mine in northern Saskatchewan.

Reported results  included a net loss of $53 million and an adjusted net loss of $65 million for the quarter. Included in the company’s costs were $37 million for the care and maintenance of Cigar Lake, where operations have been suspended since late March due to the threat caused by the COVID-19 pandemic.

The company said it plans to reopen the mine at the beginning of September, depending on its ability to establish and maintain proper health and safety protocols at the site, with production expected to resume two weeks after reopening. The company stated that its targeted share for 2020 production at the mine will be up to 5.3 million pounds of uranium. (Orano Canada has the other production shares.)

“We think our plan to restart Cigar Lake at the beginning of September is prudent,” said Tim Gitzel, CEO and president of Cameco. “While health and safety are the primary considerations for the timing of our Cigar Lake mine restart decision, there were also commercial considerations, including market-related factors and the impact on our cost structure.”

Following uranium supply disruptions in March, including the suspension at Cigar Lake, uranium spot prices initially increased by more than 35 per cent, while recent prices have averaged more than US$10 per pound higher as compared to spot prices last year.

Cameco cited a greater risk to uranium supply over demand as part of its decision to resume operations at Cigar Lake. According to the company, this will create a renewed focus on securing a long-term supply for nuclear reactors, which will offset near- and short-term costs due to suspended operations.

The company also announced that it would not be providing a new 2020 outlook, citing continued uncertainty about the effects of the COVID-19 pandemic.