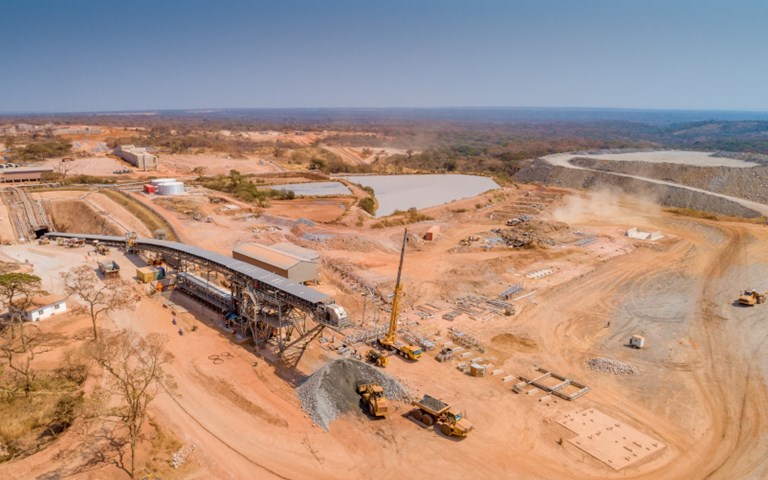 One scenario for the Kamoa-Kakula complex would have it produce 19 million tonnes of copper annually over a 40-year mine life. Courtesy of Ivanhoe Mines.

On Sept. 8, Ivanhoe Mines released a comprehensive integrated development plan (IDP) for its Kamoa-Kakula complex in the Democratic Republic of Congo (DRC). The IDP features plans for phased development at the complex’s mining operations and confirms that it could reach production of more than 800,000 tonnes of copper a year and become the world’s second largest copper mine.

The three plans in the IDP include a definitive feasibility study (DFS) for the Kakula mine, a pre-feasibility study for mining at Kansoko and Kakula as well as a preliminary economic assessment (PEA) linking the overall development of the different copper deposits at the Komoa-Kakula complex.

According to the DFS, stage one of the Kakula mine would produce six million tonnes of copper per year over the course of a 21-year mine life. The study also indicated that the mine would have an after-tax net present value with a discount rate of eight per cent of US$5.5 billion, an internal rate of return of 77 per cent, a payback of 2.3 years and a cash cost of US$0.48 per pound of copper during the first five years of operation.

Lastly, the PEA evaluated a scenario in which initial production at the complex would begin at the Kakula Mine, followed by subsequent, separate underground mining operations at the nearby Kansoko, Kakula West and Kamoa North mines. The results indicated that in this scenario, the complex would produce 19 million tonnes of copper per year over a mine life of more than 40 years. According to the assessment, annual production at the complex would average 501,000 tonnes at a total cash cost of US$1.07 per pound of copper during the first decade of operations and reach more than 800,000 tonnes of copper by the eighth year of production, which would make it the world’s second largest copper mine.

“The definitive feasibility study is an independent verification by nine of the world's top engineering firms of the robust economics generated by our initial, 6-Mtpa starter mine at Kakula; while the updated preliminary economic assessment is further validation of Kamoa-Kakula's potential to rapidly expand to become the world's second largest copper mine, with annual copper output of more than 800,000 tonnes,” said Robert Friedland, co-chair of Ivanhoe Mines.

Ivanhoe Mines has a 39.6 per cent stake in Kamoa-Kakula, while its partners Zijin Mining, Crystal River Global and the DRC government have stakes of 39.6, 0.8 and 20 per cent, respectively. The company estimates the remaining initial capital costs for the phased development of Kamoa-Kakula is US$700 million, an estimated US$650 million of which is needed to complete the Kakula mine.

Currently, underground development of the Kakula mine is six kilometres ahead of schedule and equipment for the mine’s processing plant is being installed. Initial copper production is scheduled to begin in the third quarter of 2021.