New federal subsidy program will cover up to 75 per cent of employees’ wages for businesses of all sizes
By Tijana Mitrovic
April 01, 2020 Eldorado Gold reduced the workforce to only essential staff at its Lamaque mine in Quebec. Courtesy of Eldorado Gold.

On Mar. 30, Prime Minister Trudeau announced that the federal government is expanding the wage subsidy program for companies impacted by the COVID-19 pandemic to include medium and big businesses, where many mining companies are classified, rather than its initial support for small businesses only.

Trudeau stated that as part of the program, the government will cover up to 75 per cent of employees’ wages for businesses of all sizes that have seen a decrease in revenue of at least 30 per cent due to the virus. The government initially announced that the subsidy would cover 10 per cent of wages through a reduction in income tax sent to the Canadian Revenue Agency.

The pandemic has had wide-reaching effects on the global economy, including Canada’s mining industry, which has resulted in many companies closing operations and cancelling events across the country. Brendan Marshall, vice-president of economic and northern affairs at MAC, believes that the program will help mining companies navigate the pandemic and ensure a smoother return to normal.

“The wage subsidy that was announced yesterday does a couple of things to help reduce the uncertainty,” Marshall told CIM Magazine in an interview. “For companies that have curtailed or limited their production, this provides a strong incentive to retain employees [for] as long as possible, which would be a preference for industry wherever possible. It reduces the disruption to the employees, reduces the disruption to business and allows both the employees and the business to be better prepared [to resume] work and production when the pandemic ends.”

Related: Mining companies impacted as Quebec and Ontario announce the closure of all non-essential services in response to the COVID-19 pandemic

The subsidy program will be backdated to Mar. 15 and will last up to three months, however, it will cover only the first $58,700 of an employee’s salary. According to the CBC, the subsidy on its own would provide a maximum of $847 a week.

While these clarifications have yet to happen, Marshall recognized the federal government’s efforts in helping Canadian companies and workers through the pandemic. “We respect the approach the government is doing, coming out and doing an appearance daily and making announcements almost daily,” said Marshall. “We'll continue working constructively with decision-makers, but at this point our stance here overall has been supportive of [their] management of this issue, and we look forward to continuing to support their approach in helping Canada transition to smoother times.”

According to MAC, the mining industry accounts for one in every 30 jobs in Canada and employs 626,000 workers. 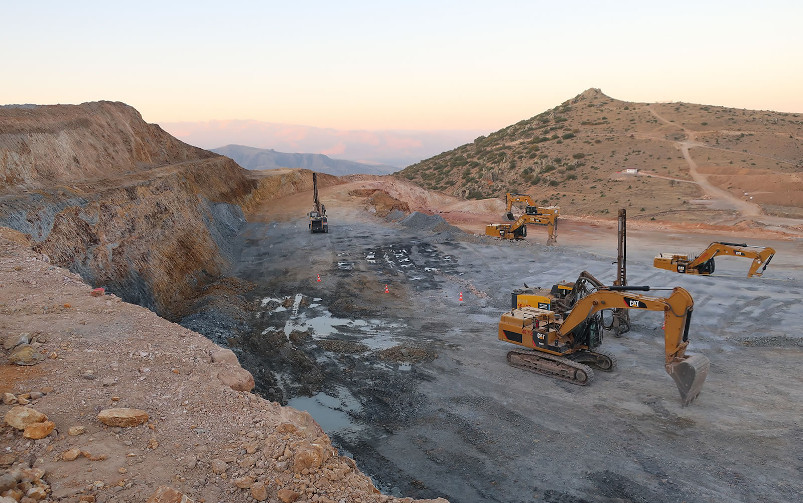