Metals markets face uncertainty for the rest of 2020 After partial recoveries from mid-March lows, certain commodities have turned bullish while others find their bearings

After partial recoveries from mid-March lows, certain commodities have turned bullish while others find their bearings
By Tijana Mitrovic
August 27, 2020 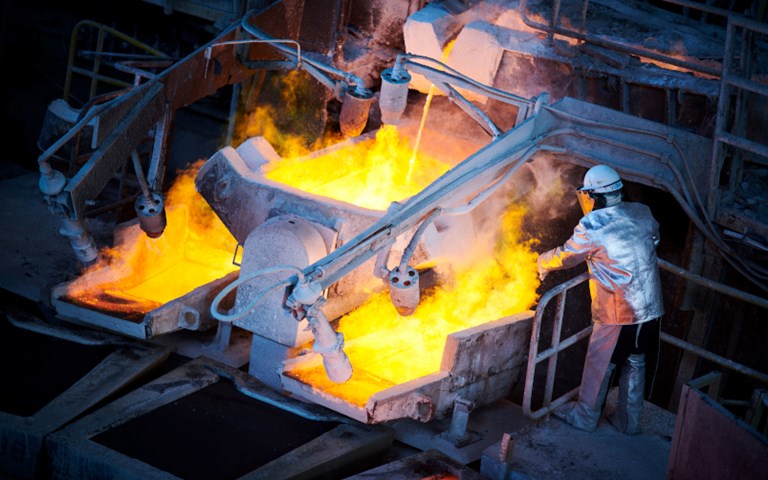 Copper prices fell at the beginning of the pandemic but recovered during June and July. Courtesy of Glencore

After a volatile 2019, which saw the trade dispute between the U.S. and China cause downward pressure on prices, commodities are facing an uncertain year.

According to Matthew Piggott, head of metals and mining research at S&P Global Market Intelligence, commodity markets were beginning to see some signs of recovery and optimism at the start of 2020. The COVID-19 pandemic quickly changed that.

The uncertainty caused by COVID-19, which has led to shutdowns all over the world, is the biggest economic story of the year. Just as no economy has been spared from its impact, commodities across the board have been affected by the global reaction to the pandemic.

“You look across most commodities and there’s been a significant impact from the pandemic,” said Marc Desormeaux, a senior economist at Scotiabank. “The drop in demand [and] supply disruptions impacted prices pretty significantly in many cases.”

After an initial shock, gold prices have not only already recovered from their mid-March lows but seem to be on an upward trajectory. According to a recent RBC Capital Markets report, the average gold price has increased by eight per cent compared to first-quarter prices. Mine suspensions and new health and safety measures to control the pandemic’s spread are estimated to decrease gold production by 11 per cent this year, according to RBC Capital Markets.

An expected drop in physical demand for gold, however, may have a negative impact in the coming months according to Desormeaux, as key consumers of gold, such as India, grapple with new caseloads which may have a downward impact on jewellery buying.

However, consistent higher gold prices may offset these impacts. At the end of July, gold reached US$1,950 per ounce. While prices that high may not be sustained, analysts at Haywood Securities forecast that the price of gold will average US$1,800 per ounce in the second half of the year.

“It’s really an uncertain kind of environment that we’re living in right now, economically and for commodities,” said Desormeaux. “Gold’s climb above US$1,800 per ounce, some of the highest levels we’ve seen for years, is really a consequence of that higher risk environment.”

Silver, on the other hand, took a sharp plunge as the COVID-19 pandemic spread.

On March 19, silver prices fell to US$12.01 per ounce, representing a decrease of 29 per cent from prices the previous week and the lowest silver price since April 2009. Production decreased as many silver producers in South America have had more restrictive lockdowns than other jurisdictions, and industrial demand for silver has also taken a hit.

Yet the precious metal seems to be improving. According to RBC Capital Markets, silver prices will average US$17.76 per ounce in 2020. The report also adjusted its forecasted demand for the metal from negative 17 per cent to negative four per cent.

Uranium prices faced a small decrease once the COVID-19 pandemic began, falling 3.8 per cent from the start of the year to March 22. However, after Cameco suspended operations at its Cigar Lake mine in March, prices jumped to above US$27 per pound of uranium. Since uranium production is concentrated amongst a group of companies and jurisdictions, new or continued shutdowns could have an upward pressure on prices.

Similar to precious metals, base metals experienced price decreases this year as a result of reduced consumption throughout the pandemic, though they have not all rebounded as quickly.

Copper prices were initially significantly impacted by the pandemic, as prices fell by 22 per cent from their starting year price in April. However, by June prices had essentially recovered, and by the end of July, prices were at (or above) where they were at the start of the year.

“The bounceback in copper has been quite noteworthy,” said Desormeaux. “We’ve started to see economies reopen around the world. China’s recovery has been particularly strong from some of the depths that it witnessed amid shutdowns in that first quarter.”

Many of the copper miners operating in South America, where strict COVID-19 restriction measures have curbed output, have lowered their annual copper production outlooks. Copper prices reached their highest level in 16 months at the end of July, and lowered production may lead to continued upward pressure on prices.

Related: New traceability system aims to allow the industry to authenticate its products and better comply with obligations related to aluminum exports

Other base metals have also experienced price decreases since the start of the year. S&P Global reported that iron ore, zinc, lead and nickel all experienced price decreases from 10 to 20 per cent from January to April. The company reduced its price forecast for iron ore from US$82.80 to US$79.70 per dry metric tonne as demand is decreasing globally. Analysts are forecasting that zinc prices, which fell to US$1,894 per tonne at the end of March, will rebound to an average of US$2,065 per tonne in 2020.

On the whole, commodity markets seem to be looking up. According to Piggott, almost all of the 275 mines that S&P Global identified as impacted by COVID-19 have partially or fully reopened, and he expects that most commodities will lose less than four per cent of their expected annual production due to the shutdowns.

Despite the recent price rebounds and revisions to updated outlooks, uncertainty remains the key factor in 2020. There are two principal downside risks to economic recovery: a much-discussed potential second wave of COVID-19 and renewed tensions between the US and China.

While lockdowns and containment measures are being lifted around the world, tensions are arising as the virus has surged again in places that were believed to have curbed its spread. If a second or third wave arises, then new lockdown measures will reduce economic activity and likely decrease commodity prices.

“The course of the virus remains the key story,” explained Desormeaux. “Are health outcomes improving, are curves continuing to flatten, are reopenings proceeding as planned, are they ahead of schedule or behind schedule? That’s really going to be, in all likelihood, the fundamental driver of economic growth, commodities demand and supply production in the next few months and quarters.”

The economic recovery after lockdowns were eased has been surprising, with commodities such as gold and even copper recovering fairly quickly. The recovery of the global economy, however, will likely be much slower – Canada is only expected to reach its pre-virus peak in 2022.

Despite recent gains, the outlook for 2020 remains precarious as COVID-19 will likely stay the biggest story for commodities this year.