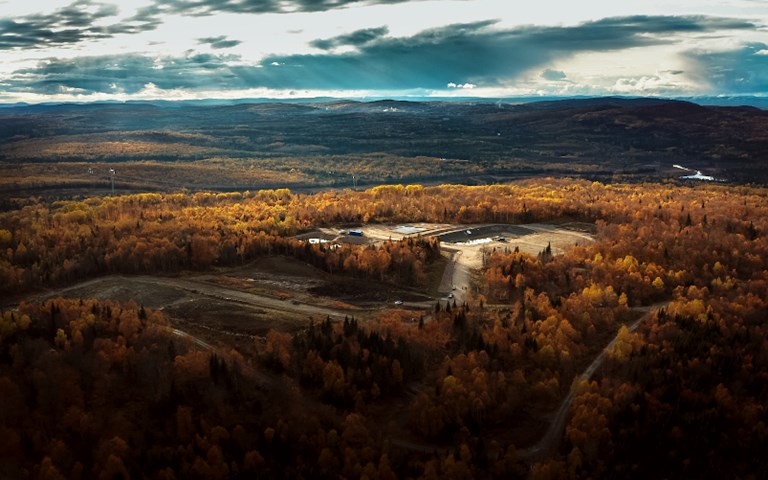 The new development will have a positive effect on the Matawinie graphite project, with Nouveau Monde estimating a top line increase of between 20 and 25 per cent. Courtesy of Nouveau Monde Graphite

Nouveau Monde Graphite has made what it is calling a breakthrough in the development of its lithium-ion battery anode material.

“What we are doing... [is] developing a fully vertically integrated project from the rock, from the deposit, to the finished battery materials, providing a [more sustainable] solution for the customer,” said Nouveau Monde president and CEO Eric Desaulniers. “The main product is spherical graphite, so you need to take the slate graphite that’s coming out of the rock and then produce coated, spherical graphite, typically between 15 and 20 microns. [The customers] want it fully purified with a carbon coating around it, [that’s] the primary product.”

According to Nouveau Monde, the current process only yields 60 per cent of usable micronised graphite which is used to make the primary product for its battery anode material. The remaining 40 per cent is then sold on the market as a low-value product. “The problem in the process… of micronising and shaping the slate graphite, you lose about 40 per cent of micronised graphite,” Desaulniers explained. “Until last week, [that] was a product that you could actually not really use in lithium-ion batteries.”

Under the new breakthrough, the remaining graphite material is agglomerated into particles of 16 to 20 microns, after which silicon nanoparticles are added, creating a commercially desirable particle. According to Desaulniers, the result is a valuable product for battery making from what would otherwise be waste material. “It is overall increasing our economics, we can provide a better price and we are more sustainable by reusing the low-value materials and making a high-value material,” he explained.

While the company’s  primary product will still be used for the electric vehicle market, the new secondary product’s longer cycle life and smaller graphite particles can be used for additional applications. The company’s research and development team is also currently designing products that optimize the silicon-enhanced graphite materials. By creating a process that allows the company to sell 100 per cent of its production at a premium price rather than just 60 per cent, Nouveau Monde hopes that it will attract battery makers looking to reduce costs.

Related: $3.6 million in federal and provincial funding will be used to develop a fast-charging electric vehicle for open-pit mining

The new development will also have a positive impact at the company’s Matawinie graphite project in Saint-Michel-des-Saints, Quebec. By implementing the process at the project, Desaulniers estimates that the company’s top line will increase by 20 to 25 per cent. Whereas the company would sell the previous waste material for around $500 per tonne, “now [we] can potentially sell it at somewhere between $6,000 and $8,000 per tonne thanks to the high-value particles that we will have built,” he explained.

Nouveau Monde received a $340,000 grant from the Natural Sciences and Engineering Research Council of Canada to continue its work on the project. The company is also providing approximately $180,000 towards the three-year program, which will focus on producing primary particles and reusing rejected material to make secondary particles at a pilot facility.

“Our commitment is clear,” explained Desaulniers. “We want to be the graphite supplier that understands how graphite interacts with silicon and [makes] sure we make the right products for customers [over] the next decade.”

Nouveau Monde is currently working on the detailed engineering and procurement plans for its pilot project and is waiting to receive a mining permit from the Quebec government before starting construction on the facility, purification furnaces and more. Nouveau Monde also recently announced a collaboration agreement with Forge Nano to use that company’s proprietary coating technology to coat its spherical graphite for battery anode material.

The company plans to commission the demonstration facility for initial production by mid-2021 and expects to begin commercial production in 2023.