The agreement between the Innu communities of Uashat mak Mani-Utenam and Matimekush-Lac John and Rio Tinto will address environmental cooperation and economic development
By Tijana Mitrovic
August 28, 2020 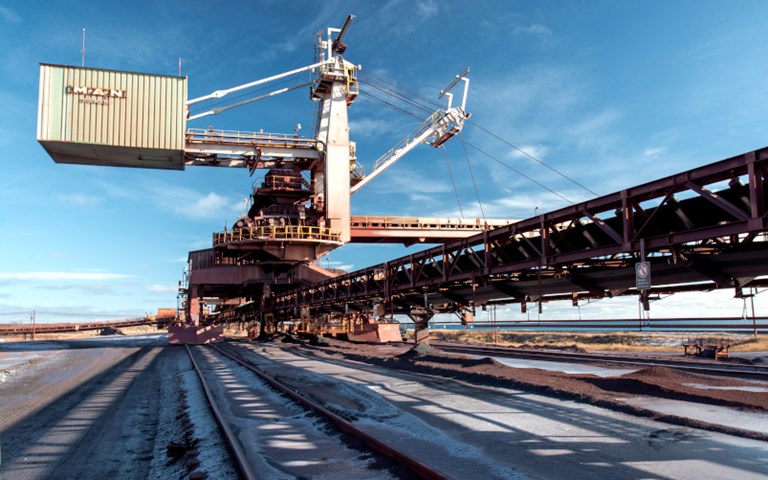 The conflict between the Innu communities of Uashat mak Mani-Utenam and Matimekush-Lac John and IOC has lasted nearly 70 years. Courtesy of Iron Ore Company of Canada.

A nearly 70-year-old conflict between the Innu of Uashat mak Mani-Utenam and Matimekush-Lac John First Nations and the Iron Ore Company of Canada (IOC) seems to be coming to an end.

On Aug. 25, Chief Mike McKenzie announced that the Innu communities have negotiated an agreement with IOC on reconciliation and collaboration, following a decades-long conflict that has reached the Supreme Court several times. Rio Tinto owns 58.7 per cent of IOC, which operates a mine and processing plant in Labrador City, Newfoundland and Labrador, a port and stockpile in Sept-Iles, Quebec, and a railway between the two operations.

According to Chief McKenzie, the agreement is an impact and benefit agreement on environmental cooperation, benefit sharing and economic development such as training, jobs and contracts within the communities. McKenzie clarified that it is not a treaty and will not affect the communities’ rights, but that the agreement aims to end the long-standing conflict between the two peoples and IOC over its mining project, which has been in operation since 1954.

Related: Rio Tinto apologizes for destroying two Aboriginal heritage sites in May and admits it missed chances to prevent it

In October 2015 the Supreme Court of Canada rejected IOC’s motion to dismiss the lawsuit. The following year the Quebec Superior Court similarly dismissed motions by the company and the government of Newfoundland and Labrador to remove parts of the lawsuit relating to operations outside of Quebec, as the land specified in the dispute borders both provinces. In 2017, the Quebec Court of Appeals upheld the Superior Court’s decision, leading the provincial government to appeal the decision to the Supreme Court in November 2018.

In February, the Supreme Court ruled that the Quebec courts have the right to hear the dispute between the two Innu communities and IOC. The decision came a month after executives from IOC apparently reached out to the Innu communities to initiate discussions on providing economic benefits from their operations.

Community leaders have said they will present the agreement to their communities before signing it. The two community band councils will discuss the terms of the agreement over radio, online and through small public meetings in order to explain its contents.

According to community leaders, the agreement is similar to the one Rio Tinto made with the Innu community of Ekuanitshit last November, which aims to provide economic opportunities to the community and support the development of Rio Tinto’s Lac Tio mine in Quebec’s Minganie region.