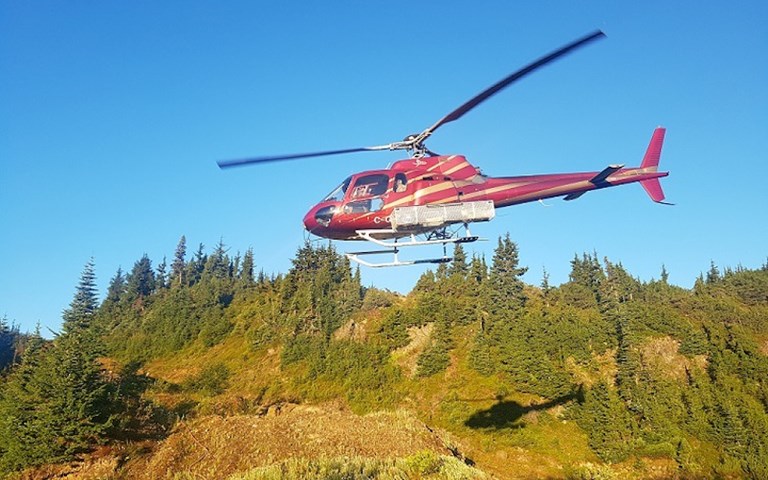 Welcome back to your weekly mining news recap, where we catch you up on some of the news you may have missed. This week’s headlines include smaller government budgets for monitoring oilsands, Rio Tinto reports on its destruction of two Indigenous heritage sites and Glencore books a big loss for the first half of 2020.

The Global Tailings Review has released its Global Industry Standard on Tailings Management a year and a half after the Brumadinho disaster of January 2019. The standard addresses six topics such as respecting and engaging affected communities, developing plans and design criteria for tailings facilities to minimize risk and preparing for failures and long-term recovery, which the review says will help improve the safety of tailings storage facilities. While members of the mining industry have issued statements of support, some environmental and community organizations have criticized the standard for its voluntary and management-based format.

The federal government has announced that it will impose retaliatory tariffs on U.S. goods after President Donald Trump said he will restore a 10 per cent tariff on Canadian aluminum imports due to national security concerns, as reported by CBC. Prime Minister Justin Trudeau and Deputy Prime Minister Chrystia Freeland criticized the new tariffs, stating that Canadian aluminum does not undermine U.S. national security and promised to stand up for Canadian aluminum workers. They did not specify which U.S. goods would be subject to the counter-tariffs after the new U.S. tariff goes into effect on Aug. 16.

Alberta and the federal government have reduced funding for environmental monitoring of oilsands by 25 per cent compared to last year’s budget, as reported by CBC. In a deal signed on July 7, the provincial and federal governments agreed to cap spending for environmental monitoring at $44 million, compared to last year’s budget of a $58 million maximum. According to the deal there will be no fieldwork on the main branch of the Athabasca River as well as any field studies on wetlands, fish or insects.

Rio Tinto has published its submission to the Australian Parliamentary Inquiry into the company’s destruction of two Aboriginal heritage sites at a mine in May. In the submission, the company apologized for destroying two 46,000 year-old caves at the Juukan Gorge, stating that while it had obtained legal approval to disturb the site that it should not have happened. The company also admitted that it had missed opportunities to re-evaluate plans to disturb the sites and has promised to review its systems regarding cultural preservation.

Anaconda Mining has finalized a mine plan for its Argyle deposit at the company’s Point Rousse project in Newfoundland and Labrador. According to the plan, production at the deposit would have an internal rate of return of 245 per cent after tax with a five per cent discount rate, a net present value of $11.4 million after tax and an estimated all-in cost of $1,306 per ounce. The company also declared a probable mineral reserve of 535,592 tonnes at an average diluted grade of 2.06 grams per tonne of gold containing 35,477 ounces. The company expects to begin production at the deposit in August and expects that it will produce 30,865 ounces of gold over 22 months. Ore from the open-pit operation will be trucked to Anaconda’s nearby Pine Cove mill.

Iamgold has lowered the total attributable Reserves of its Westwood gold mine in southwestern Quebec to 618,000 ounces from 5.2 million tonnes at a grade of 7.1 grams per tonne of gold, a decrease of 48 per cent, as reported by Mining.com. While the mine’s mineral resources have remained unchanged, the company states that the mineral reserves were lowered due to more conservative geotechnical assumptions of specific mine zones located in higher seismic risk areas. The mine has been operating at a reduced capacity following an earthquake late last year.

Energy-saving and performance improvement projects can help miners improve efficiency and reduce costs without requiring major capital. The development and improvement of energy performance at New Gold’s New Afton mine resulted in cumulative energy savings of more than 10 per cent of the site’s annual consumption. By developing an energy and GHG management strategy, committing to it and adopting an energy management system, New Gold’s energy specialist Andrew Cooper argues companies can use energy-saving projects to cut down operational costs and improve sustainability.

Nova Scotia researchers are looking at using microbes to treat and clean abandoned mine sites, as reported by CBC. After finding toxic element in lake sediment near an abandoned gold mine, a research team at Saint Mary's University in Halifax is researching a treatment that would use microbes in sediment to block elements such as arsenic and mercury from accumulating. The researchers will begin testing microbes in artificial ecosystems in the fall and hope they will develop a treatment that the province can use in mine remediation.

Glencore has released its half-year report for 2020, reporting a US$2.6 billion loss, as reported by Mining.com. While the company recorded US$1.5 billion in adjusted earnings before interest and taxes, it spent US$3.2 billion in impairments and increased its net debt by 12 per cent to US$19.7 billion by the end of June. The company stated that it would be cancelling dividends for its shareholders and would be prioritizing debt reduction for the remainder of the year.

Companies continue to release their second quarter results, and we’ve rounded up some of the highlights.

Iamgold reported gold production of 155,000 ounces, down 29,000 ounces from last year, and all-in sustaining costs of US$1,189 per ounce of gold, an increase of four per cent over last year, in the second quarter.

McEwen Mining released its second quarter results, reporting a net loss of US$19.8 million, compared to a net loss of US$13.0 million in the second quarter of 2019, and production of 15,700 ounces of gold and 359,400 ounces of silver and stated that production was impacted by operational issues and the temporary suspension of operations at all its mines due to COVID-19.

Taseko Mines reported second quarter production of 36.8 million pounds of copper and 644,000 pounds of molybdenum, an EBITDA of $50.9 million and announced it received a draft aquifer protection permit for its Florence Copper project in Arizona.